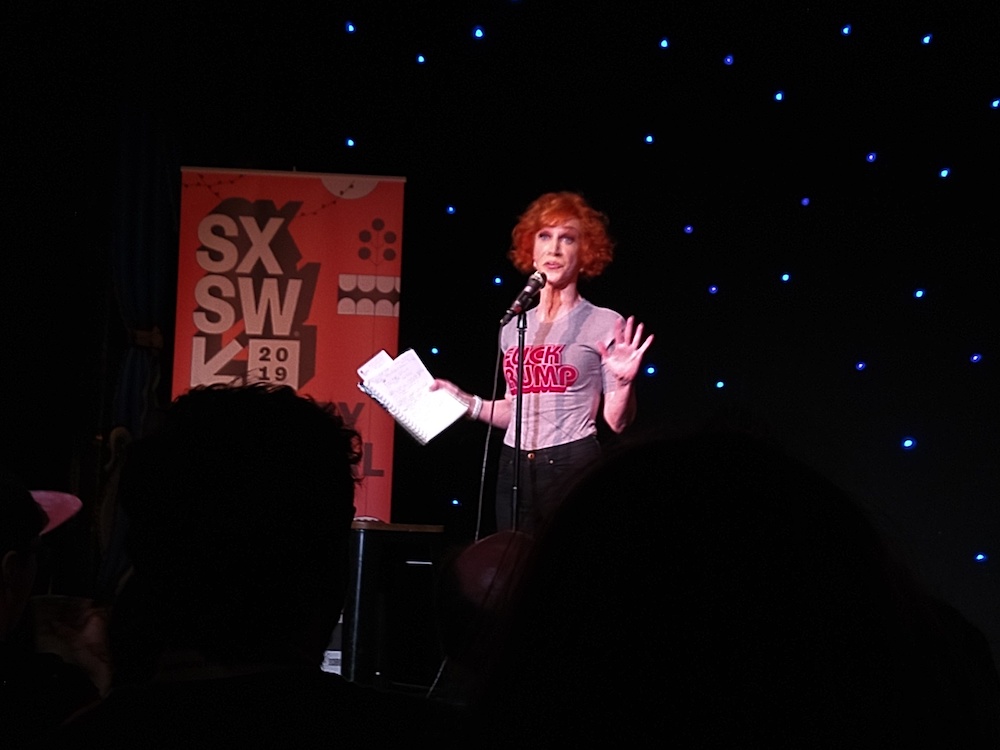 While the showcase largely featured performers from the New York's iconic Gotham Comedy Club, it opened with a surprise set from the exceedingly busy Kathy Griffin (SXSW Convergence Keynote on Saturday, premiere of her documentary Kathy Griffin: A Hell of a Story on Monday, Entertainment Weekly's Best of Shows podcast on Tuesday). The comic took the stage in a great T-shirt that read, in bold lettering, “Fuck Trump.” It exemplified her irreverent, terse style and set the mood for a topical set that focused heavily on the recent college admissions scandal that entangled, among others, actress Lori Loughlin – best known for her portrayal as Aunt Becky on the long running sitcom Full House. (Well, previously best known for that role.)

The set followed Griffin’s usual format: a high-energy, long-format story full of profanity-laden editorializing and some sincerely fun interjections. “What a bunch of fucking dumbasses,” she said of the adults and kids caught in the admissions scandal. “They should all go to prison.” Where, she suggested, they might learn something from the prison library, like in the film The Shawshank Redemption. But then she reflected on the agencies that facilitated the fraud, saying that they were probably “flying Asians in” to take the tests for the kids. The audience responded with an appropriate groan. That prompted Griffin to say, “I’m 58, so I know this sounds old-timey.” It did. Dated moments like that peppered a set full of otherwise fun moments, like her personal anecdotes about Loughlin. The pace, however, was perfect. She invigorated the crowd for a late-night show that killed – a torch that Foley picked up when she took the stage for her own high-energy set later in the evening. 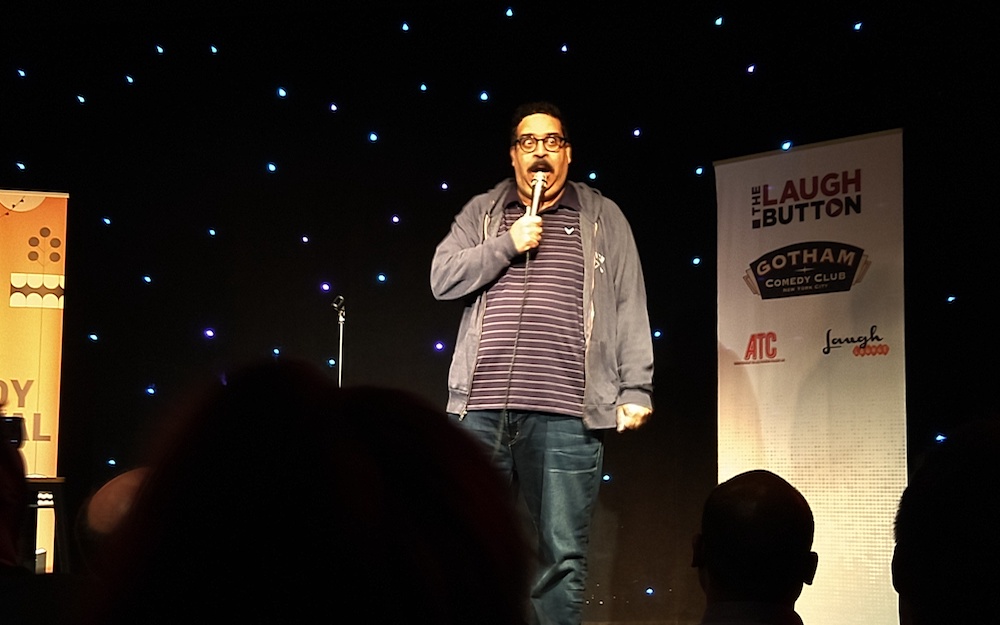 Edwards followed Griffin, taking the stage with some advice for a festival so focused on apps and high tech. “Get your laminate game together first,” he joked, as he struggled with the oversized SXSW badge that seemed constantly in his way. Like Griffin, Edwards also discussed the news, but in a decidedly different way: criticizing the constant bombardment of negativity. He then turned inward, joking about his struggles to try new things, like how he refuses to learn to swim out of unabashed fear. “You know how hard it is for a shark to eat me up here?” he joked. It was a fun take on what constitutes modern bravery, a topic that came up in Miller’s opening: "People always ask me, 'Isn’t it hard to be plus-size in Hollywood?'” Her answer: No. “Everything I do is brave!” Swimming in a bikini? Brave! 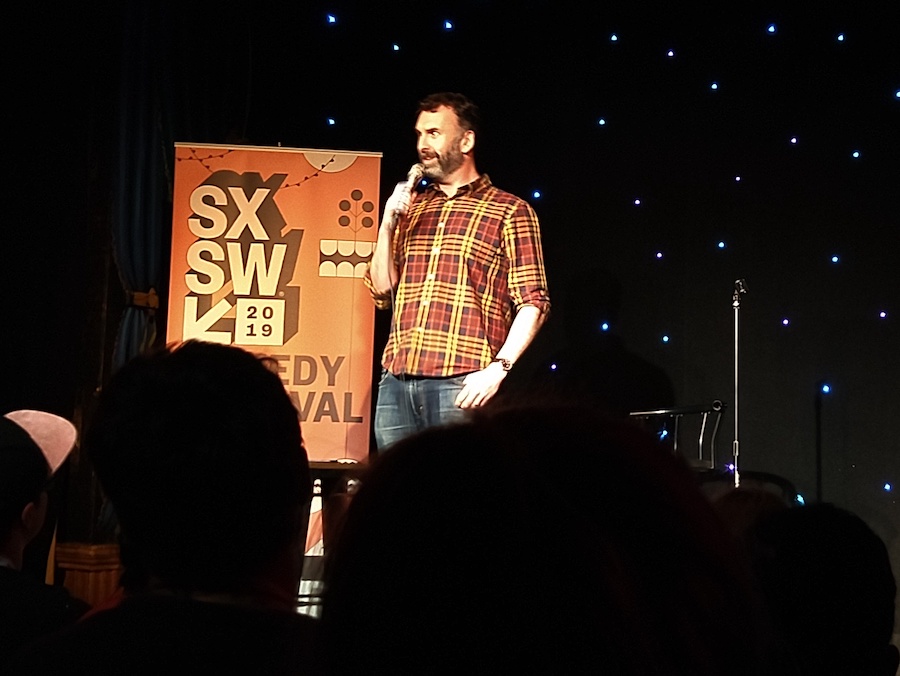 Braunger and Erik Griffin’s sets both showcased the comedians’ acting chops, with Braunger performing an anecdote about a white, drunk, rich man getting his comeuppance and Griffin reliving his theatre trips to see the live-action versions of his favorite Disney movies. (Suffice it say, Griffin knows every word to every song … and can kill it!) He did express mixed feelings about the new live-action Aladdin, however – opening with the question “Can we talk about how weird Will Smith looks as the Genie?” Judging by the audience’s response, it was a fair question. He’s still excited about the film, though, and Smith in general. “Will Smith is the reason white people were ready for Obama,” he joked.

Kathy Griffin: A Hell of a Story screens again Wed., March 13, 8:30pm, at the Rollins Theatre at the Long Center, 701 W. Riverside.
In addition to his performance Tuesday night, Braunger recorded an episode of the UK-based podcast The Comedian’s Comedian with Stuart Goldsmith earlier in the festival. That taping will be available here. Braunger also recorded a live episode of his podcast, Advice from a Dipshit with Matt Braunger, which will be available here.