The varied lineup made for an unpredictable show The varied lineup made for an unpredictable show. Barry’s deadpan observations from a late-night visit to a CVS followed Jay’s anecdote about recently seeing the first boy she ever slept with. Velez’s challenges as a person of Irish-Puerto Rican descent from a poor neighborhood (now with a rich wife), offset Lawrence’s struggles with a therapist who hadn’t heard of Stan Lee. “I didn’t know I was opening,” Friedman said, as she kicked off the showcase with a collection of high-energy, racy jokes. It’s a tone she shared with Jay and Velez. But there was a balance among the stand-ups here, with Barry’s soft-spoken style and Lawrence’s low-key, nerdy vibe complementing the edgier comics. It kept the jokes’ content diverse and made for some fun mic hand-offs. For example, Jay’s set ended with a hilarious and insightful discussion on how women fear their own bodies. The segment contained a collection of the more colorful terms for the female reproductive organs. Barry took the stage right after and said, with his usual deadpan, quiet delivery: “Guess I can’t do my pussy jokes now.” 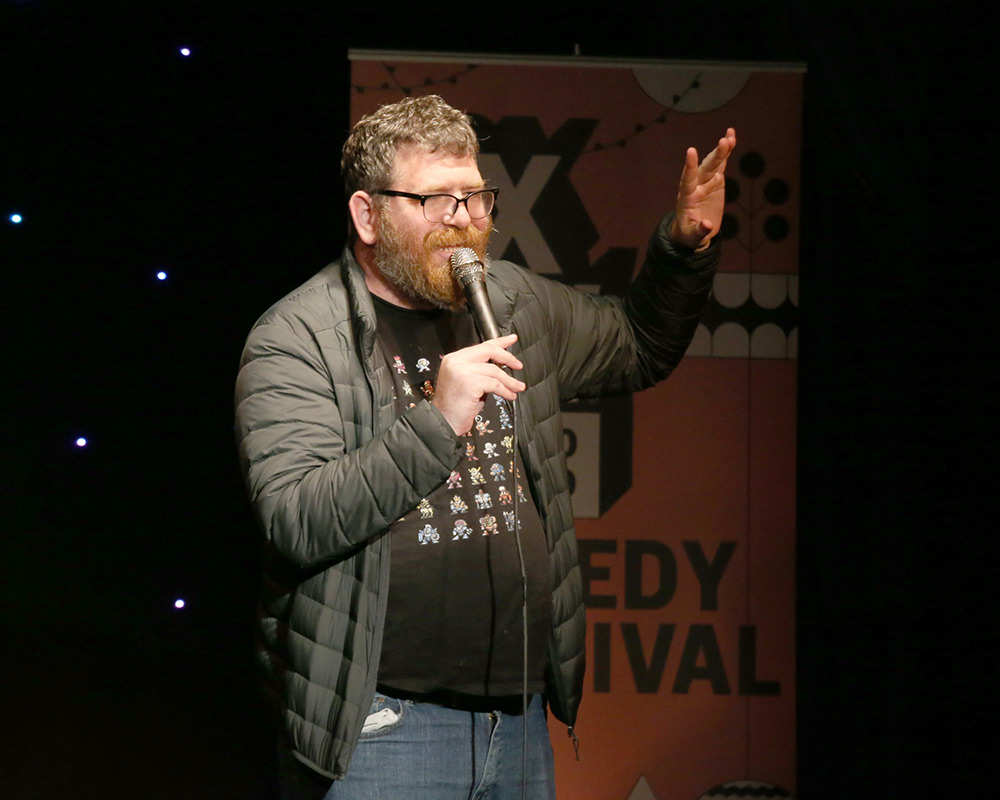 Both Friedman and Lawrence shared a few thoughts about the festival. Lawrence encouraged the audience to visit Austin when the festival isn’t happening. “No one tells you that SXSW is the Castlevania II of this town,” he said. It’s full of “every person whose dad said, ‘You can be anything you want to be!’” If you share Lawrence’s concern, Friedman offered this “self-care tip” for making it through the week – or at least until SXSW Interactive ends. “Go up to the most disrupting disrupter in the room and tell him – and it’s always a him – 'You’re not special.'”