If you’re here for spoilers, queen, we’ve got some news for you

Does Abbi make that life-changing decision? What’s the sitch on Ilana’s living situation? Is Abbi’s roommate Melody even real? If you’re here for spoilers about the end of Broad City, we’ve got some news for you. 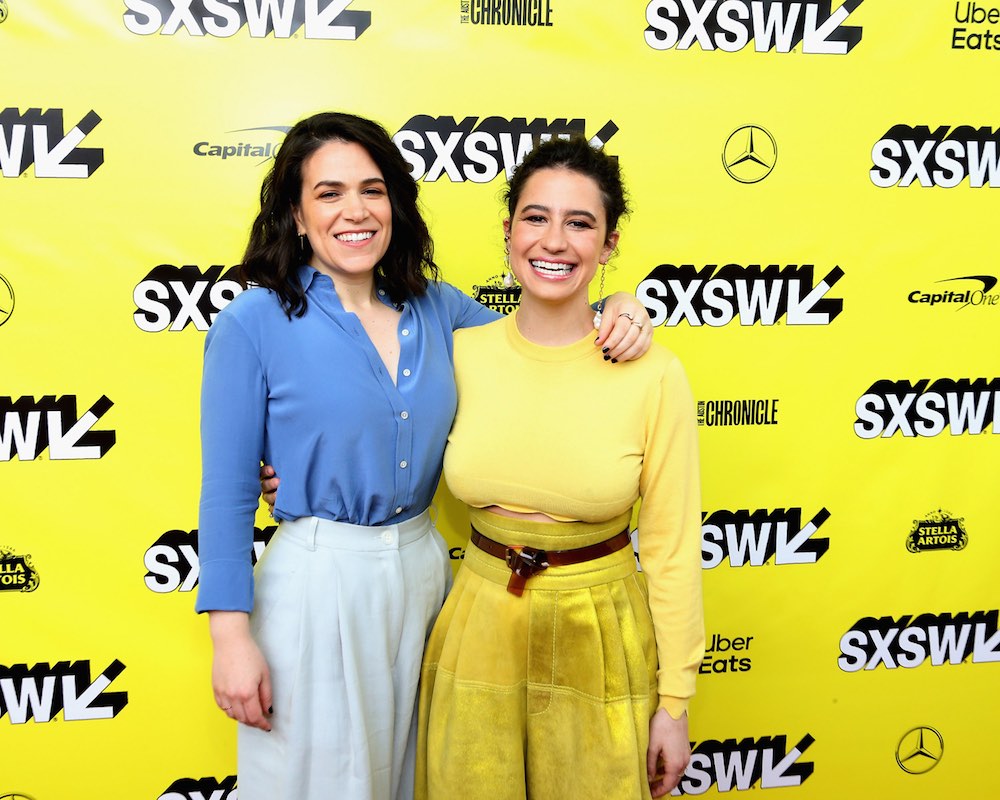 Which is to say that alas, we can’t give away any spoilers here. (Readers beware, however, the following article contains details of this season’s already aired episodes.)

On Sunday afternoon, SXSW attendees flooded the Zach Theatre to witness the last three episodes of the fifth and final season of Comedy Central’s comedy phenomenon. As SXSW Director of Film Janet Pierson informed the audience ahead of the show, no spoilers could leave the auditorium as the final episodes were yet to be televised. Nevertheless, the post-screening Q&A with creators and stars Abbi Jacobson and Ilana Glazer abounded with “Yas, yas, yas” moments.

Joined onstage by moderator and Comedy Central President Kent Alterman, Jacobson and Glazer, who first started Broad City as a web series in 2009, opened with acknowledging the gravity of ending a project that’s occupied the better third of their lives. “The show in its own has been the defining thing in my life thus far,” offered Jacobson. “I feel privileged and lucky to have been able to share so much of myself and of my friendship with Ilana with all of you.”

For Glazer, who said she feels “more and more validated” in the duo’s decision to end Broad City, continuing the show for any longer wasn’t an option. She explained, “It would be strangling to hold on to this beautiful, spontaneous world and these characters. We tried to capture something, and we did it.” To go beyond, she said, would be “perverting” that legacy.

In the show, Glazer and Jacobson play fictionalized, if hyper-exaggerated, versions of themselves: TV Ilana being a slacker extraordinaire with a penchant for weed-induced philosophizing, while Abbi – forever trying to strike the balance between responsibility and her best friend’s freewheeling antics – aspires to one day be an illustrator. Alterman asked the pair if they ever felt like they put “too much” of themselves in their characters’ storylines. Glazer, for one, said she felt she and Jacobson included just the right amount of their IRL selves. With the final season, however, Jacobson said one of her goals was to include more of herself in fictionalized Abbi.

“It would be strangling to hold on to this beautiful, spontaneous world and these characters. We tried to capture something, and we did it.”
"I definitely, more pointedly wanted to kind of mirror myself this season more than I ever have, because I wanted Abbi to date a woman,” Jacobson explained, referring to her character’s fling with E.R. doctor Lesley (played by Clea Duvall of the cult-classic queer film But I’m a Cheerleader, in an excellent bit of casting). “I wanted to have … more representation on the show.” Indeed, as fans witnessed earlier in the season, the pair cleverly skirted around labelling Abbi’s sexuality outright by framing her relationship within the context of a new, canary yellow hat, gifted to her by Lesley

Alterman then closed with a question on how the pair navigated the ever-sneaky phenomenon that is imposter syndrome, particularly in the TV show’s earliest days. “During that first writers room,” recalled Jacobson. “[It was us] into the wee hours of the night, like ‘This is wrong, right?’ ‘This doesn’t feel right.’ There was a lot of working that wasn’t writing anything.” Instead, Jacobson explained, it was the two “trying to figure out the fact that we could say, ‘Hey, we want to run [the show].’”

“You guys,” of course, being the audience, which sat enraptured throughout the extended Q&A. (Save for when comedian Hannibal Buress, who plays the show’s resident dentist Lincoln, surprise crashed it toward the end.) Like any TV show, Broad City has nurtured a niche audience from the very beginning, but sitting in the Zach Theatre, the show felt decidedly more needed, urgent even. Spanning five years, the series encompassed – or still does – many a viewer’s time spent in high school, college, the post-undergrad fugue state, or whatever comes with striking it out on your own for the first time: For the younger crowd, Ilana’s wholly fluid sexuality and her earnest – albeit sometimes poorly executed, to which the show always held her accountable – progressive politics proved both sage advice and a rallying cry for those first forming their personal and political identities; the underemployed millennial saw themselves in Abbi toiling away at retail jobs while harboring some grander dream; and friends, lovers, ex-lovers struggling with the possibility that sometimes we grow apart rather than together found a mirror in Ilana and Lincoln’s malleable relationship. And in those stories were queer people, immigrants, people of color, trans folks, women – which still feels, wait, is very radical in today’s mainstream, major network television.

The final season of Broad City, then, rings all of those bells, and then some, as we witness Ilana and Abbi in the final episodes on the cusp of both their own futures and the only they’ll always share as very best homies. As Glazer reminded us, “We feel bigger about this show than just ‘Lol.’ It’s also ‘Lol,’ but it’s also in your gut; it’s in your heart. It is deep.”