Add another classic to the “Breakup Dramas” genre

There are some pretty gut-wrenching films in the category of “Breakup Dramas.” Bergman’s Scenes From a Marriage comes to mind, but there’s always that Blue Valentine contingent. Add Tom Cullen’s Pink Wall into the mix, as the first-time writer/director performs a post-mortem on a couple from first kiss to fuck off. 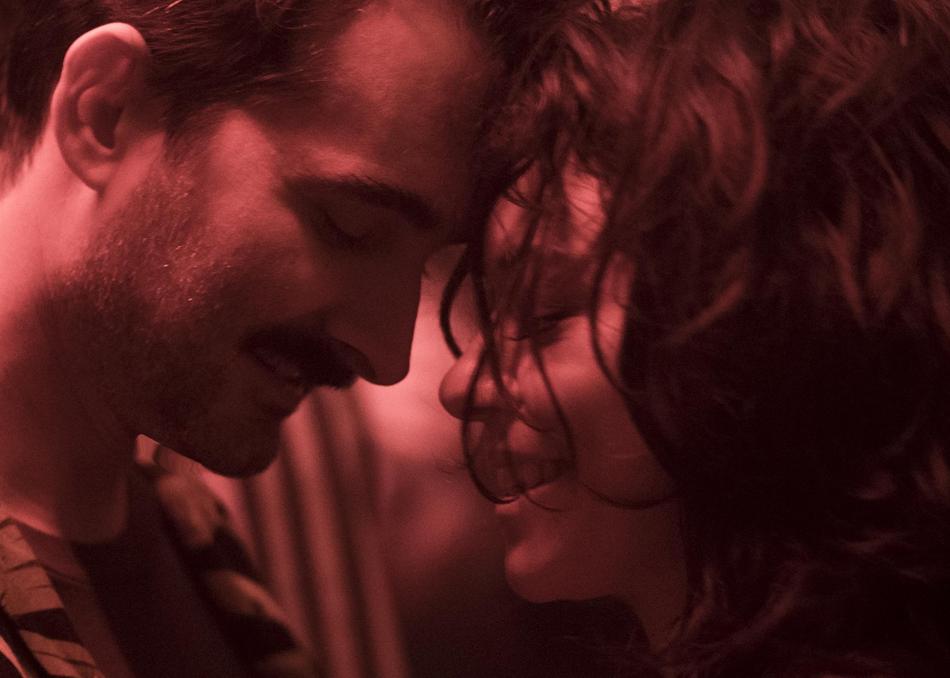 It is well-worn territory, but Cullen’s structural conceit here is to shuffle the deck. Leon (Jay Duplass) and Jenna (Orphan Black’s Tatiana Maslany) have been together for six years, but the film starts with a title card “Year Four,” and continues to go back and then forth, and then back again, charting their meet-cute beginnings. (He’s a DJ! She’s a, well, she’s a party girl and fashion photographer/producer or something!) They’re both living in the UK, and as the film unfolds, we are treated to the requisite “staying up all night talking” date, the “saying things in anger that you can never take back” scene, as well as forays into the milder waters of the “this fight we are having can be immediately deflated by interjecting some absurdist humor, and then we’ll just try and move on.” But nothing can take the cake from the “meeting new friends at a dinner party” scene, arguably the film’s centerpiece.

But what makes Pink Wall spark with the tension and release of the best romantic dissolutions are the two lead performances. Duplass is perhaps no stranger to this particular type of stoner/slacker ne’er do well, and he nails the gray areas that flesh out what could have been a one-note role. Likewise, Maslany is obviously giving her all. As the workaholic breadwinner whose career is starting to take off, her Jenna takes exactly zero shit but finds, in shaggy Leon, the yin to her yang. Cliched stuff to be sure, but Cullen’s nonlinear conceit, the intimate cinematography by Bobby Shore, and the way Duplass and Maslany completely inhabit their characters all combine to yet another shining example that the concept of love is basically about calling people out on their shit.