With these monsters and Us, Lupita Nyong’o is SXSW 2019’s horror icon

If you’ve ever dreamed of seeing Lupita Nyong’o threaten Josh Gad with a goat souvenir, then you have got to see Little Monsters. 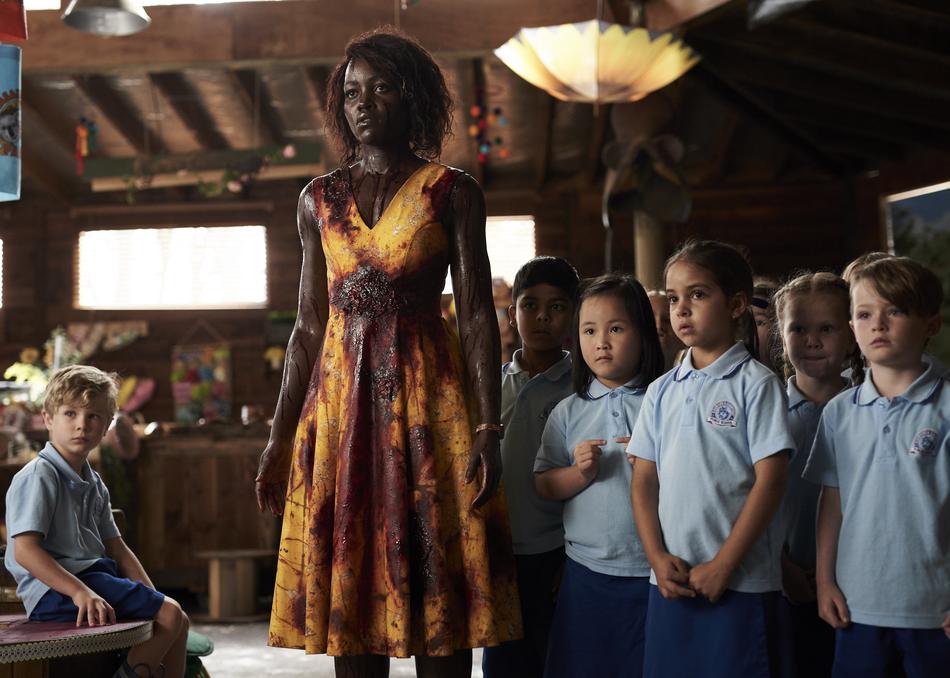 Although not as bold as his 2016 festival-circuit smash Down Under (a movie that unfortunately still doesn’t have U.S. distribution), director Abe Forsythe is still clutching onto his dark roots, which work extremely well in a horror-comedy about bum uncle Dave (Alexander England) and kindergarten teacher Miss Caroline (Nyong’o) fighting off zombies to save a bunch of children on a cuddly Australian farm.

Little Monsters succeeds in its simplicity, and it’s more of a situational comedy than a gruesome-undead-threat film, but that doesn’t keep Forsythe from creating glorious kills. In a moment of desperation, Miss Caroline runs out of the safe zone to grab one of the kid’s backpacks, chopping off zombie heads with a shovel along the way as Taylor Swift’s “Shake It Off” is sung by the children. (“Got nothin’ in my brain” is the perfect lyric for undead heads rolling; who knew?)

Perhaps the most humorous addition is Josh Gad, who is wonderful in his role as kid entertainer Teddy McGiggle. His sour attitude juxtaposes with the light but powerful Miss Caroline, and the dirty glares she shoots at him as he spews venom in front of the children are more terrifying than any flesh-eating zombie. If you’ve ever wanted to see an overtly obnoxious Nick Jr. children’s entertainer get deservedly beaten to a pulp, Forsythe and Gad team up to make your dreams come true.

Little Monsters brings fun back to the slow, trudging zombie, and is an exciting and often times laugh-out-loud funny film that emphasizes that it’s rewarding to be kind.