AOC: Democratic Socialism is about prioritizing people, not profits 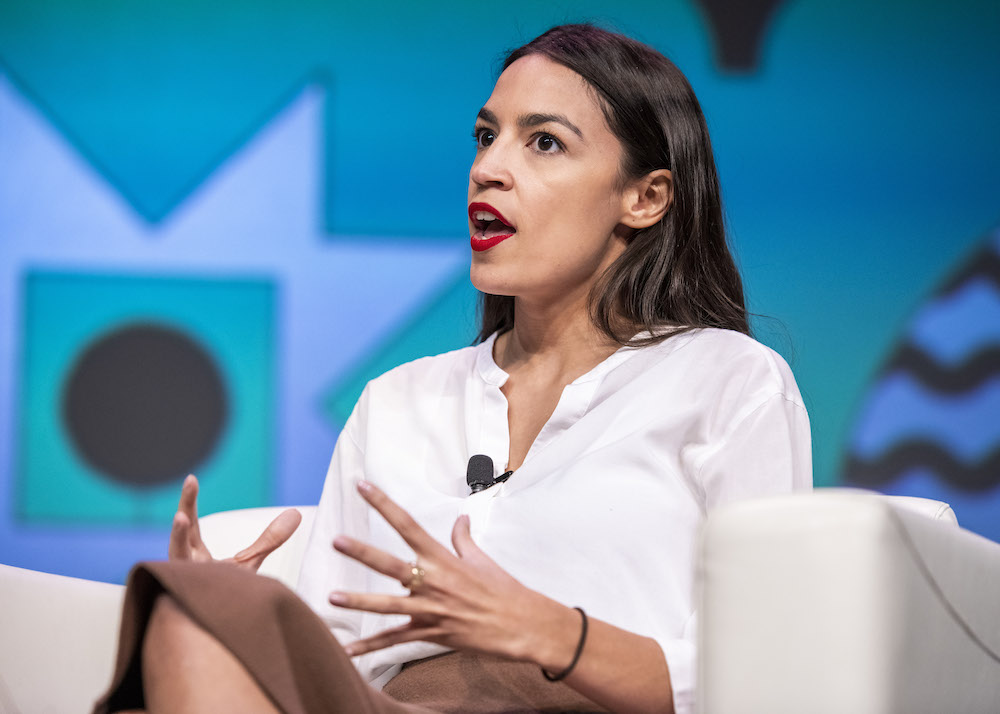 Alexandria Ocasio-Cortez doesn’t want you to be a cynic.

The 29-year-old political superstar who can’t stop dominating the headlines for her bold progressive views criticized our tendency as a society to value and even “idolize” cynicism during Saturday’s SXSW interview with The Intercept’s Senior Politics Editor Briahna Gray. She argued that idolization leads us to compromise what we actually believe in and are passionate about in lieu what of we think is politically sensible – but we shouldn’t “belittle” our beliefs anymore.

“It upsets me that we’ve become so cynical, we even view it as an intellectually superior attitude. And we see ambition as a youthful naivety,” said Ocasio-Cortez, or simply “AOC” as she’s come to be known. “But when we think about the greatest things we’ve accomplished as a society, they come from ambitious acts of vision. The ‘meh’ is worshipped for what?”

Ocasio-Cortez has no shortage of that ambitious vision – and idealism – she preached about. The Bronx-born Democratic Socialist’s win over ten-term incumbent Joe Crowley marked the most memorable – and unexpected – victory of the 2018 midterm primaries. (Ocasio-Cortez bested Republican nominee Anthony Pappas in November, solidifying her win in the New York district.) The victory, she said, created a “shock in the system” allowing others typically marginalized by the electoral system, like working class people of color, to consider running.

Two months into her first term, Ocasio-Cortez is still taking in the lessons; among them is the insidious subtlety of political influence. “The idea that D.C. is dominated by dark money and lobbyists hiding in closets: ‘Boo, vote for oil!,’ it doesn’t work like that. It’s fascinating to see how subtle these powerful influences really are,” she said. The litmus test to judge the values of politicians, she said, is not just about who didn’t take corporate PAC money but it’s evaluating their consistency on voting and policy decisions.

As a champion of the working class, Ocasio-Cortez noted that Trump’s 2016 faux-populism is a “stark” example of the tactic those in power use to pit white working class Americans against brown and black Americans in order to “screw over” all Americans – but certainly not for the first time. The strategy has long played out since the 70s and 80s, especially under Reagan and his image of the racist caricature “welfare queen.” 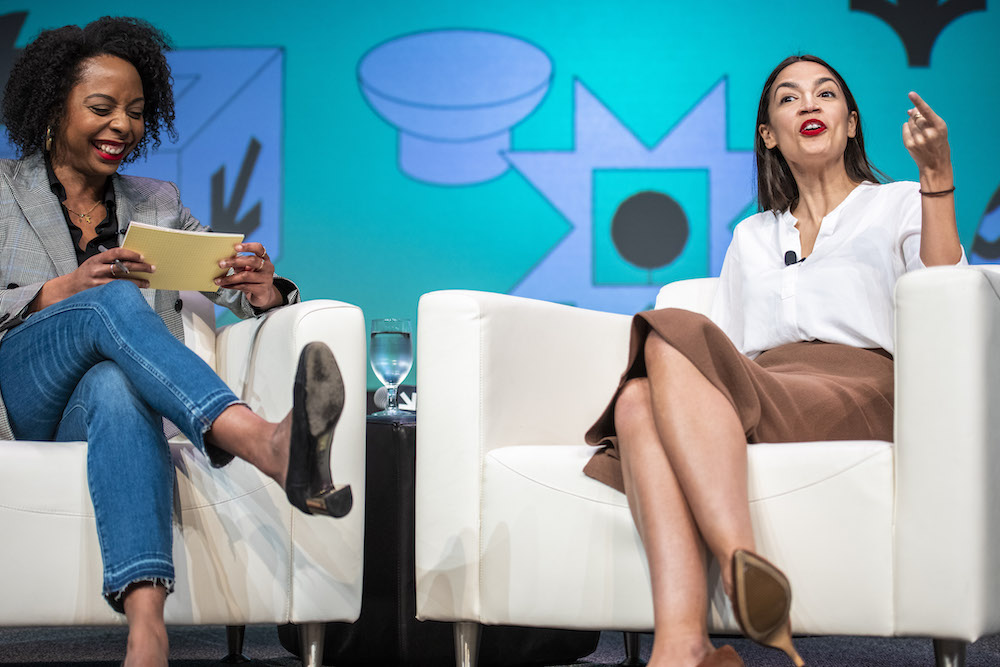 “The effort to divide race and class has always been a tool for the powerful to prevent working people from taking control,” said Ocasio-Cortez. “Wages have been stagnant for 30 years, wealth is enjoyed by only a small number of people, and the reason is not systemic inequality, it’s not runaway capitalism – the reason is, Mexicans!” Ocasio-Cortez mocked. “They want us to fight over each other when we really need to be zeroing in on the malpractice of governance and how special interests captured the only tool we have to govern ourselves fairly and not at a profit.”

Her support for the Green New Deal, Medicare For All, tightening campaign finance rules, abolishing U.S. Immigration and Customs Enforcement and private prisons, offering free public college, and a 70% marginal tax rate for incomes above $10 million has expectedly rankled her Republicans colleagues and ignited backlash from the right-wing media vortex, but also those in her own party, underscoring the growing tension between progressives and institutional, centrist Democrats. She admitted as much during her interview, saying her (unapologetic) position on ICE caught her “heat” from the party. “An agency that systematically violates human rights cannot be reformed,” said Ocasio-Cortez. “Since when did it become a moderate position in American to continue caging children? The idea that it’s electorally complicated [to oppose ICE] is hard to grapple with.”

As Gray pointed out, liberal government programs don’t always result in inclusion, especially for people of color. Ocasio-Cortez agreed, reminding the audience the New Deal amounted to racist economic policy for some, as it led to redlining black and brown communities and accelerated many parts of the racial wealth gap. She stressed the importance of intersectionality and inclusion in crafting policies like the Green New Deal. It aims “to fix the pipes in Flint, the air in the Bronx, the electric grids in Puerto Rico, and fund the pensions of coal miners in West Virginia,” she said. It’s a matter of realizing our prosperity is “inextricably linked.”

While the right – and some on the left – have sought to paint her politics as too utopian or too radical, Ocasio-Cortez dispelled the hysteria. Her vision for the future of the country is one that realizes equality, values workers, welcomes immigrants, respects the environment – it’s not that the ideas are that radical, she explained, it’s more that we’ve shifted, incrementally over time, further away from our values, making those goals just seem like drastic proposals. And her aversion to capitalism, a taboo among many in her own party, is rooted in the ideology the economic system perpetuates – the prioritization of profits over people, an unsustainable model.

“Democratic Socialism means putting democracy and society first,” Ocasio-Cortez said. “It’s not that the capitalist concept should be abolished, it’s a question of our priorities. The fear mongering around it makes you think democratic socialism means that government will take over the private sector when in fact, in my opinion, those two things should be separate. In reality, we should actually all be scared right now that corporations have taken over our government.”

The SXSW audience, already vocally energized by Cortez’s message, got the surprise bonus of a visit from Bill Nye (“The Science Guy”), who offered the final audience question. Nye asked how she believes people from both sides of the aisle can overcome the fear of crafting a solution to worsening climate change. Among her suggestions, Cortez advised courage as the ultimate antidote.

“Choose to be the person that is courageous – and show other people what that looks like,” she said. “Be the first person in the room to say 'that’s not right' when fear mongering takes over. Don’t allow fear to control you, stand up and do the courageous thing.”

Standing confidently before the cheering crowd, Cortez was proof that her own advice works.