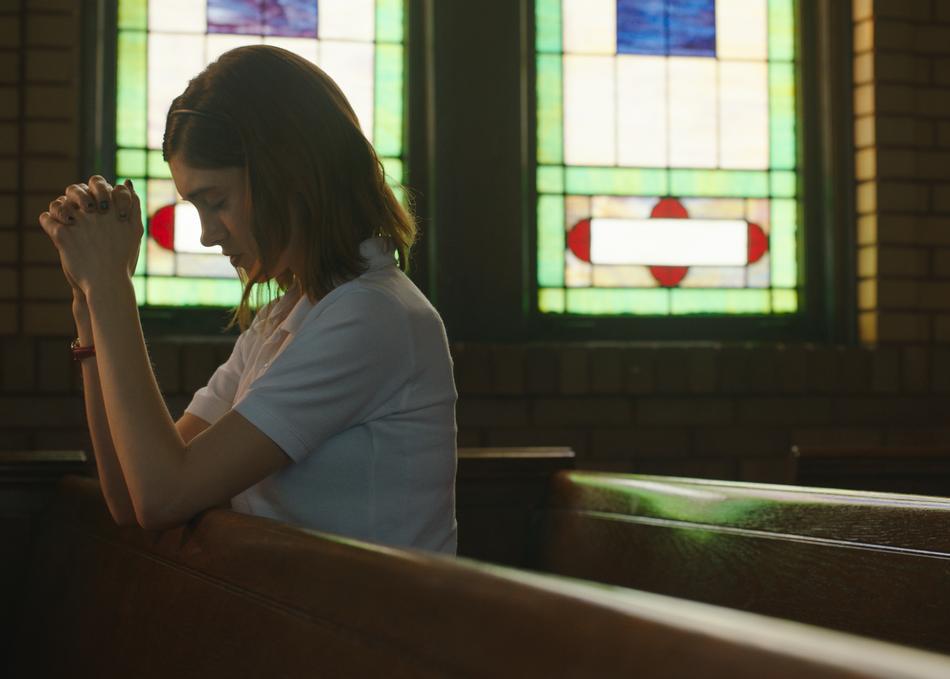 Over the course of those four days, Alice navigates her evolving relationship with her body in an environment where self-pleasure warrants punishment by 50 Hail Marys and probably eternal damnation. Maine captures this struggle with the good-natured humor of someone who has realized the ridiculousness of this logic yet harbors no hard feelings. Lust is no mortal sin; everyone – even the most seemingly devout – experience and act on it. Though the subject of teenage sexuality is tricky territory, it is one the film never exploits but instead sweetly explores. Dyer’s masturbation scenes feel innocent as opposed to titillating, and she charms with her mix of cautious curiosity and wide-eyed expressions.

On the last day, retreatgoers are encouraged to take what they’ve learned there and apply it to their everyday lives. For Alice, this means rejecting judgement, letting go of shame, and realizing she’s not going to hell for falling victim to the ocean blue eyes of young Leonardo DiCaprio.