BuzzFeed CEO Jonah Peretti Wants to Save the Internet From Itself

“We have to keep fighting to make a great internet” 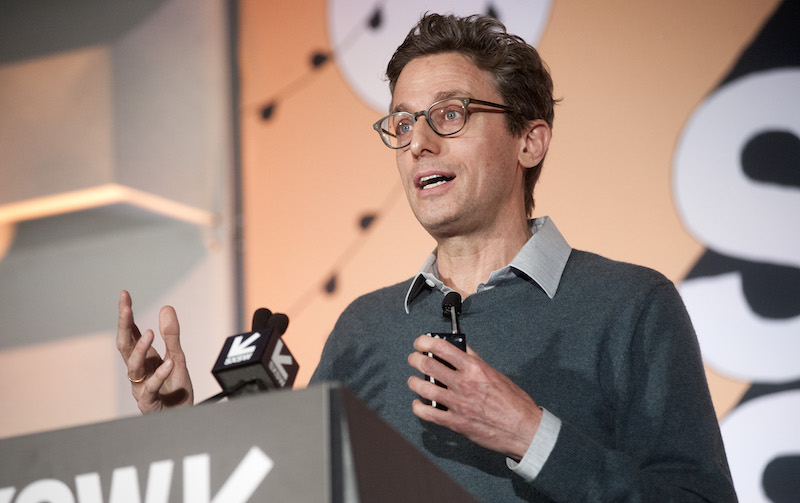 Jonah Peretti recently oversaw layoffs at BuzzFeed that resulted in 200 staffers losing their jobs, but at his Friday SXSW Conference keynote speech, he declared his optimism about the future of digital media publications, as well as for the future of the internet as a whole.

The BuzzFeed CEO did not address the company’s layoffs directly, but he said digital publishers were at a crossroads and many “have had to reduce costs and staff.”

Despite turmoil at the viral giant he co-founded, Peretti pointed to signs that the financial situation at BuzzFeed was improving. In the first quarter of 2018, BuzzFeed pulled in $500,000 in revenue from posts shared on Facebook, but by the end of 2018, that number grew to $3 million. Similarly, in 2017, BuzzFeed had only monetized 30% of their content on Youtube, but November 2018, 70% of their videos were monetized.

Peretti characterized the revenue growth as an indication that major tech platforms like Facebook, Google, and Twitter – where most people on the internet find the content produced by media companies – were shifting their relationship with publishers. “Tech platforms are having a huge problem with the content on their platforms,” Peretti said. “They don’t make the content and are having trouble controlling the content.”

Keeping racism, misogyny, homophobia, and disinformation off of their platforms are some of the challenges facing companies like Facebook and Twitter. Peretti described this problem as a sign that the crisis facing digital media has spread “to society as a whole and to our culture.” He said said that as the creators of these platforms continue to fight the never-ending tide of online hate, they are coming to the realization that the solution is in promoting content that “spreads joy and truth.”

“We can’t just police bad content, we have to produce good content,” Peretti said. The point illustrates the challenge facing platforms like Facebook and Twitter: It’s not just about banning Alex Jones, it’s about promoting the media companies that produce quality journalism, so more people are seeing thoroughly verified information.

Peretti’s talk focused primarily on the lighter, less newsy side of BuzzFeed. He explained how the company, best-known for its quizzes and listicles, has begun partnering with influencers to promote products and brands. To that end, BuzzFeed advertises its ability to provide a “brand safe network” where companies can be sure the personality or network used to sell their product won’t traffic in divisive content.

It’s easier for the softer side of BuzzFeed to branch out into other revenue streams (such as the branded kitchenware the media company is selling at Walmart), but Peretti didn’t address how the hard news side of BuzzFeed could similarly pivot amid a changing media landscape. Presumably, the quiz-and-list side of BuzzFeed could help fund the important reporting the other side of the company is doing, but that option is not as readily available to publications less able to produce viral content at the level BuzzFeed can.

Still, Peretti remains optimistic about the internet as a whole. He says the more digital publishers and tech platforms band together to fight against the “dumpster fire” the internet can be, the more society will benefit. “It’s popular and trendy now to quit social media,” Peretti concluded. “But we can’t give up. We have to keep fighting to make a great internet.”