Scottish singers among first wave of speakers for SXSW 2019 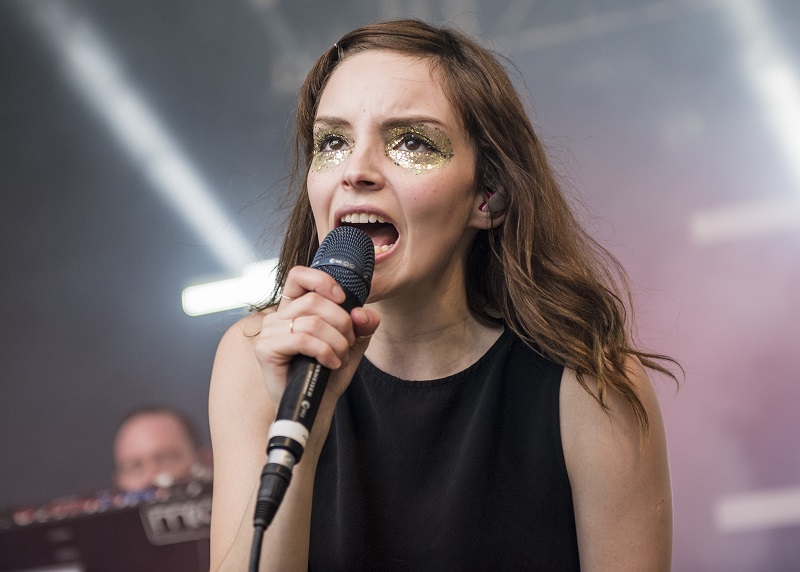 Lauren Mayberry of Chvrches, performing at SXSW 2016, will return in 2019 as a keynote speaker (Photo by David Brendan Hall)

Two of the Scottish Lowlands' finest will be in the Texas Hill Country next March, as Garbage singer Shirley Manson and Lauren Mayberry of Chvrches are headlining the first round of announced speakers for next year's SXSW.

The pair will hold a joint keynote conversation, in association with the PRS Foundation's Keychange program. Is it too early to hope for sets from each (after all, Garbage is currently in the studio working on album number seven, while Chvrches released their third full length, Love is Dead, this summer)? However, even without musical performances, their experience of how women are treated in the music industry will make this an unmissable discussion.

They're not the only headliners being announced this morning for the next SXSW (running March 8-17, 2019), with the addition of TV megaproducer Marti Noxon (Buffy the Vampire Slayer, Sharp Objects, Point Pleasant) as the Film keynote; plus, for Interactive, Instagram CEO and cofounder Kevin Systrom (aka @kevin), who will sit down with TechCrunch editor-at-large Josh Constine to discuss the massively successful photo-based social media app.

“We’re excited about the addition of our keynotes," said SXSW Chief Programming Officer Hugh Forrest. "Kevin Systrom [has] redefined the culture of the modern internet and the way that we connect with others; Marti Noxon, whose prolific career and dedication to her craft has created some of the most beloved and acclaimed series of the past two decades; and Shirley Manson with Lauren Mayberry, two talented musicians whose passion, continued experimentation and career evolution are values we celebrate at SXSW."

Also confirmed for SXSW 2019 across a range of programming tracks as featured speakers (with many, many more to come) are:

• 2017 Time Person of the Year and #MeToo powerhouse Susan Fowler.

• Food activist and author Michael Pollan (How to Change Your Mind, The Omnivore's Dilemma).

SXSW's Forrest said, “As a premier destination for innovation and creative discovery, SXSW is proud to begin our 2019 season by announcing a strong and dynamic group of leaders, storytellers, and visionaries holding important conversations about the challenges and opportunities ahead of us.”