A docudrama as audacious as the heist it re-creates

"Audacious heist" is the most cliched adjective-noun combo in cinema, and often the most misused. It's not audacious when skilled criminals try to pull off a complex heist; that's just a day at the office. To have no clue what you're doing, and try it anyway, that's audacity. 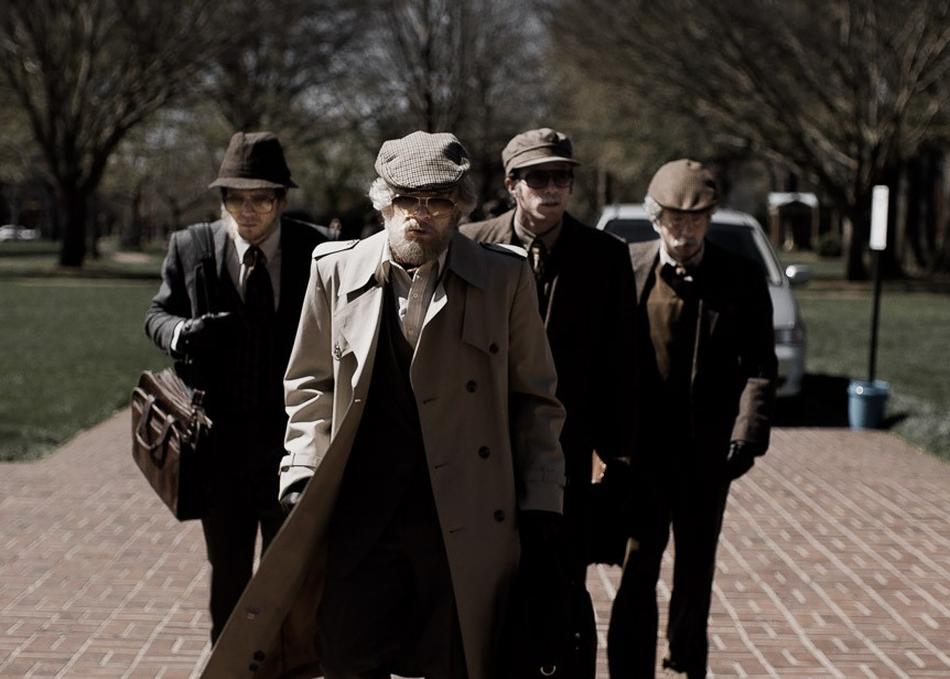 So imagine you're a student at a prestigious university, and you and some friends decide to steal a few million dollars' worth of rare books. Because, why not?

This sounds like the dumb setup for criminal hijinks. However, it really happened. In 2004, four students took an original copy of Charles Darwin's On the Origin of Species, an illuminated manuscript, 20 sketches by noted wildlife artist John James Audubon (he of the Audubon Society), and a copy of the Hortus Sanitatis from the library of Transylvania University in Lexington, Kentucky. To this day, none of them seem quite clear on why they did it, or exactly whose idea it was.

Most filmmakers would attempt to clarify that ambiguity. Not writer/director Bart Layton, who has balanced a TV career producing fun schlock like Paranormal Witness with fascinating, genre-bending documentaries like SXSW 2012's deceptive The Imposter. In American Animals, he experiments again with the hybridization of documentary, re-enactment, and drama.

First, he assembled a crackerjack team of actors: Evan Peters as the wild-minded Warren Lipka; Barry Keoghan as Spencer Reinhard, the dreaming artist who has romanticized the idea of the suffering artist; Blake Jenner as entrepreneurial Chas Allen, who seems way too smart to be engaged in this stupidity (and he knows it); and Jared Abrahamson as Eric Borsuk, the bored future FBI agent who falls easily over to the wrong side of the law.

But then he balances them with the real criminals, not long out of jail. And that's where the storytelling gets really interesting. In the grand tradition of American TV crime docudramas, the re-creations are background noise to the real interviews. Here the quartet – and occasionally their relatives and other figures from the narrative – serve as their own Greek chorus, trying to dismantle the mystery of why they'd do something so ... dumb?

Layton takes aim at the idea that motivation can ever be clear-cut or easily labeled, especially when there are such unreliable, self-serving, and ultimately self-critical narrators. Everything undercuts any sense of clarity, so even if the events are (mostly) undeniable, the reasons and interpretation become more clouded.

Yet there is a handful of undeniable truths, not least that Peters (best known for the American Horror Story franchise and his jittery-fun interpretation of Quicksilver for the X-Men franchise) is a charismatic powerhouse. Counterbalanced by Keoghan, he fearlessly embraces the contradictions of Lipka. He plays him big, as big as this lumbering puppy-dog man-child with the world's most brilliant-goofy tattoo deserves, without ever falling into pastiche.

Moreover, Layton stylishly smashes true crime into the film obsessions that powered the man-child posse. Part The Thin Blue Line, part The Taking of Pelham 123, it's an all-American tale of self-destruction through delusion.