Reggaeton puts you in a good mood. Its colorful pulses and infectious hooks dictate pause from a world wanting to push you down. Dominican rapper/singer Erickson Fernandez, aka Mozart La Para, led that trope Friday night at Half Step, leading a dance party for everyone within earshot. 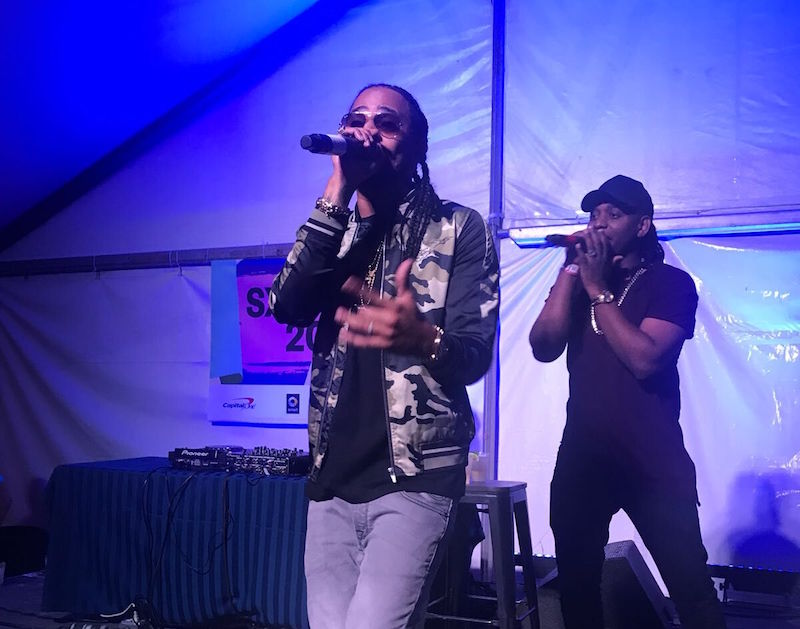 His outfit was surprisingly humble – jeans, black tee, camo bomber, and layers of gold chains – with his bling the only flash in a culture that thrives off brands. He wasted no time jumping into 2013’s “I Wanna Get High,” an energetic dembow platter wondering whether or not he should smoke that last blunt.

This proved a non-issue as the crowd reciprocated with scattered cries of “te amo” and “viva Latinos.” Fernandez changed up the tone with 2016’s “Primero Que Kanye,” a trap tale of how he gets Yeezy scooted along by tireless percussion and haunted electro.

“Is there anyone that freestyles?”

So asked the main attraction as the song faded, resulting in two men deciding to take on the trap star known for his freestyles. To no one’s surprise, they failed. The victor, quick on the rebuttal, rapped no shortage of burns.

“Mozart killed you and you’re older than me,” he spit in Spanish before ending the bit.

His 2016 hit “Bye Bye” followed, as did the people. The crowd, crazed with grinding and popping, went wild for its tropical rhythms about leaving an ex-lover.

“I feel your vibes tonight Austin,” cheered the party captain.

The love was reciprocated, onlookers cheering and bopping along for the entire 40 minutes. Even my hips couldn’t stay aloof.