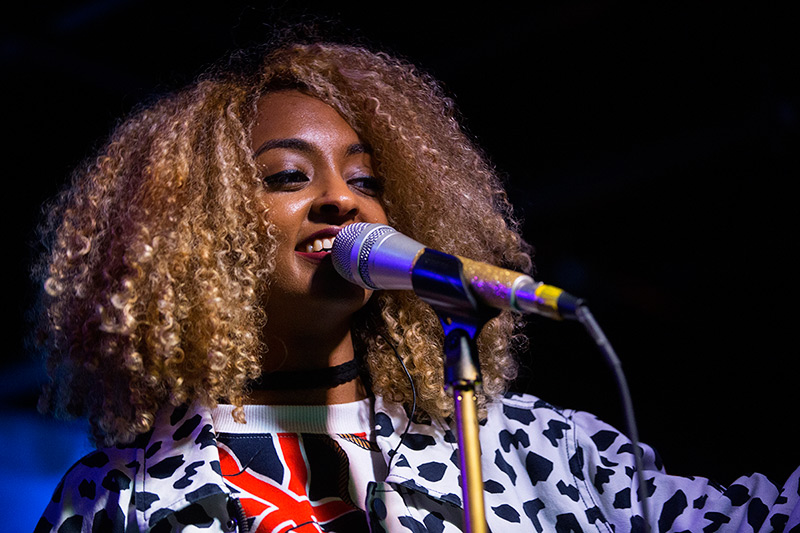 Leading the bill with sleek-rendered soul and a fusion of African sounds, Austin’s own Mélat (Kassa) slid between tracks off her newly released Move Me II: The Present. From smooth vibratos, earnest croons, and sinuous melodies, her cadence traversed everything from bass-assisted funk rhythms to watercolor jazz.

Offering the same charisma and ethereal vox as she did on Kendrick Lamar’s otherworldly and Grammy-winning “These Walls,” Brooklyn’s Anna Wise evidenced a timbre that floated lullaby-like, emitting each note with a calm demeanor but bold confidence. Breezy jazz instrumentation and languid electronics complemented the effortless melodies as she unfurled cuts off nuanced opus The Feminine: Act II.

Standout performance came from another Compton comer, quirky Duckwrth (Jared Lee), who explored the kaleidoscopic visions of Outkast and N.E.R.D with a twist of funk rock and electro. Channeling his inner Michael Jackson with a mix of romantic naivete, the Los Angeleno bounced through “Michuul,” while sleek synths and low-end bass rhythms propelled fluid grooves in rowdy rump-shaker “Throwyoassout” and Nineties nostalgic “Lowridr.”

Closing the night, Kodie Shane buzzed through songs off the fun and hook-driven Back From the Future. Foolishly, many left after Duckwrth’s set, but the Atlanta femcee delivered the coy, smirking “Get Right” and catchy “Normal” as if to a packed house. 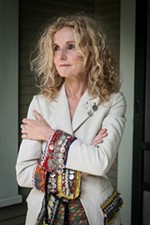