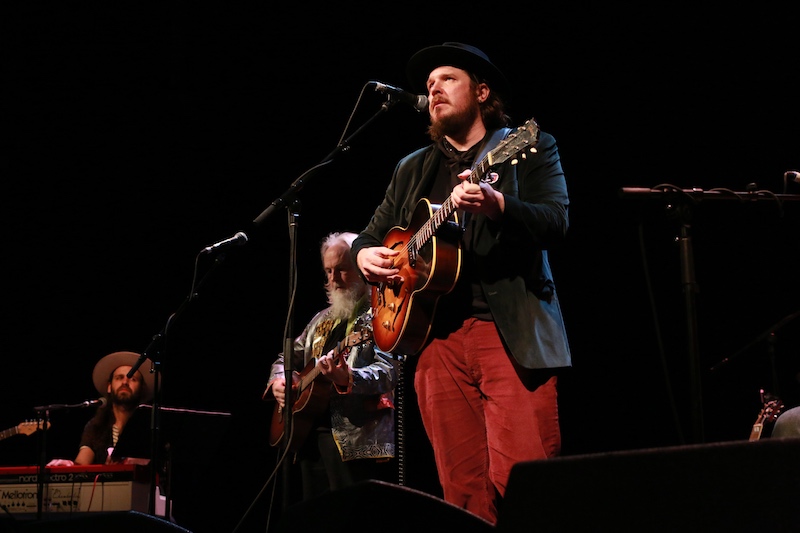 Likewise, Friday night’s Blaze Foley tribute concert at the Paramount Theatre showcased primarily in support of Ethan Hawke’s new biopic, Blaze. Both offered remarkable testaments to the iconoclastic and itinerant local songwriter. The film screened its hometown debut to a full house before the concert, with only a handful of fans staying for the full double feature.

Ben Dickey, who previewed his uncanny portrayal of Foley at last year’s Austin Music Awards, spearheaded proceedings though an hourlong set that swung loose and informal. Sorely missed was Charlie Sexton, called away from celebrating his turn in the film as Townes Van Zandt for band practice with Bob Dylan. Instead, ubiquitous backers the Texas Gentlemen served as admirable house band.

Dickey pulled on character in delivering Foley’s “Clay Pigeons” before welcoming Gurf Morlix for “Music You Mighta Made” and a harrowing, graveled take on “Cold, Cold World.” Joe Ely delivered a rocking run on Van Zandt’s “Waiting Around to Die,” but Hurray for the Riff Raff frontwoman Alynda Segarra stunned with her simultaneously sharp and tender take on Lucinda Williams’ "Drunken Angel," famously celebrating Foley. Segarra plays his sister in the film.

“I didn’t respect them until I was older and realized they were sparring because they had no equals,” confessed J.T. Van Zandt in recalling his father and Foley’s epic binges and reminding attendees how truly gritty Austin was in the Eighties.

Nikki Lane played nominal headliner, emerging for “Let Me Ride in Your Big Cadillac” with Dickey. Although the show produced few sparks, it rekindled Blaze Foley’s legacy for a new generation.