SXSW Panel Recap: Immerse Yourself: AR & VR in Museums and the Arts

An odd juxtaposition of VR experience and expert panel 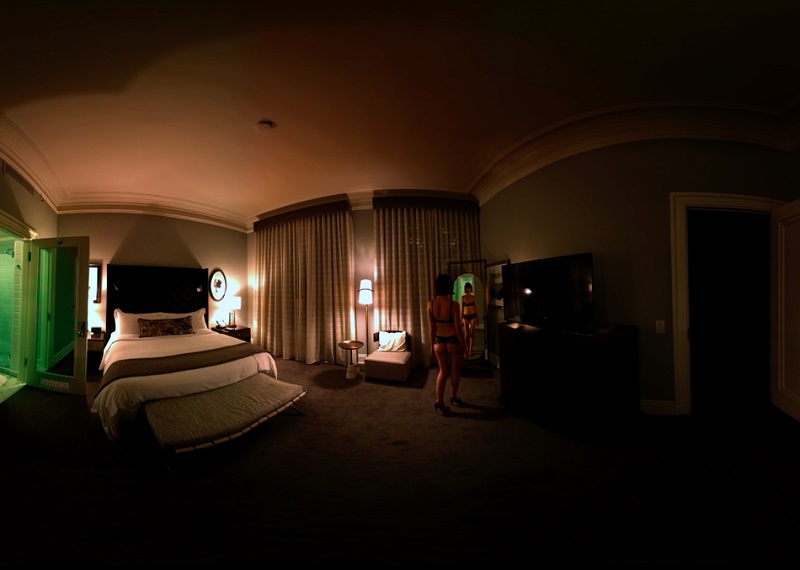 I attended the "Immerse Yourself: AR and VR in Museums and the Arts" panel at SXSW on Thursday – the day after experiencing Michael Jacobs’ five-minute VR work called GFE in the Festival’s Virtual Cinema.

That’s Girl Friend Experience, those initials, a brief quasi-documentary about a professional escort. And now it turns out that the girlfriend of that particular experience – Liara Roux – is engaging in the intersection of VR and art and attendant legal issues herself, having insisted that Jacobs remove GFE from the Virtual Cinema schedule while she and her legal team prepare to sit down with the director and figure out what the hell is up with what Roux alleges is a project-release-without-consent situation.

So, on Thursday afternoon, GFE was removed from SXSW’s showcase of VR. But of course the "Immerse Yourself" panel of Shanise Gholston (Smithsonian Institution), Katherine Lewis (Meister Seelig & Fein LLP), Will Pappenheimer (Pace University), and Karen Wong (The New Museum) couldn’t reference something that was only beginning to unfold while they convened to address a packed ballroom at the JW Marriott.

What those worthies did reference, in a well-presented, video-enhanced session, were the aesthetic possibilities and the potential moral and legal contentions that obtain in the realms of virtual and augmented reality. Can anyone freely add virtual objects to a public space, or should permits be required? If a museum encourages creative virtual-overlay by one artist over another artist’s work – even (or maybe especially) if the original artist is dead – is that a negation or an unwarranted transformation of the work being enhanced? Should Pokémon GO be allowed to release its virtual pocket monsters onto the public grounds of the Holocaust Museum? What of Illinois’ failure to enact what’s called, I’m not kidding, Pidgey’s Law? And will Jeff Koons decide to sue Sebastian Errazuriz because of how the latter digitally vandalized the former’s app-based Balloon Dog?

The possibilities of digitally augmenting or duplicating the real world, it seems, are matched if not surpassed by the potential for contention, the possibilities of subsequent litigation therein. The wild frontier of this new-media exploration is attracting not just cultural pioneers and angel-or-devil investors, but roving herds of lawyers as well. This immersive digital realm we’re entering – in bits and starts, but with ever-increasing speed – it’s like, “This is the house that Jack and Jill built. And this is the attorney who subpoenaed the bureaucrat who issued the permit for the allegedly rights-infringing extension of the house that Jack and Jill built.”

“First thing we do, let’s kill all the lawyers,” wrote William Shakespeare hundreds of years before Pikachu could Thundershock a Charizard into submission. But the Immortal Bard also told us that “All the world’s a stage,” which remains as true as ever – especially as we begin to digitally augment the sets upon that world.

Still and all, whatever we wind up doing with all this new technology, it’s, yeah, it’s definitely a good idea to make sure we get a signed release form first.

Immerse Yourself: AR and VR in Museums and the Arts