Outside the Downtown fray the Americana fest didn't disappoint

Willie Nelson drops a new album on April 27, titled Last Man Standing. He’ll also be launching a new strain of Willie’s Reserve in California by the same name. At this year’s Luck Reunion, a few select press were invited to preview Last Man Standing on one of Willie’s former tour buses. 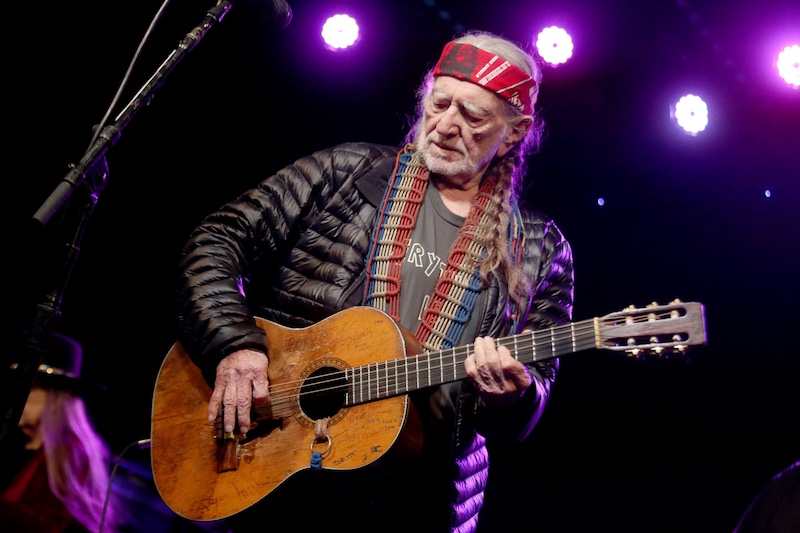 Now on its seventh year, the Luck Reunion is well established as one of the premier annual excursions at SXSW, with Nelson’s Spicewood ranch serving as a retreat for artists and fans from the Downtown fray. Nonetheless, the one-day Americana fest manages to surprise every year with its increasingly diverse lineup and artists making unannounced returns to play the March tradition.

It’s easy to understand the loyalty artists feel for the event. The laid back vibe and Willie’s own inclusive appeal undoubtedly draws many back, but it’s also become a pivotal showcase for emerging artists. As Devon Gilfillian, who played early last year, noted during his bluesy, soulful mainstage set, “The past year has been an amazing journey, and this event was a flagship part of that.” 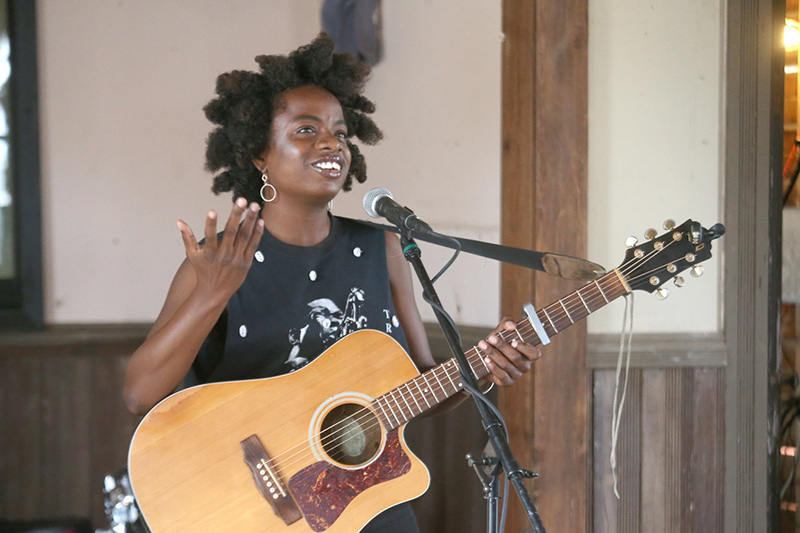 For fans, the layout of the the faux Western town encourages surprise and discovery, especially as the grounds expand and change slightly every year. An additional stage afforded a raft of more Austin artists than usual, including recent breakouts David Ramirez and Paul Cauthen, while Ray Wylie Hubbard held a song swap confessional in the chapel with recent Austin resident John Doe of X and new Kentucky hope Tyler Childers. 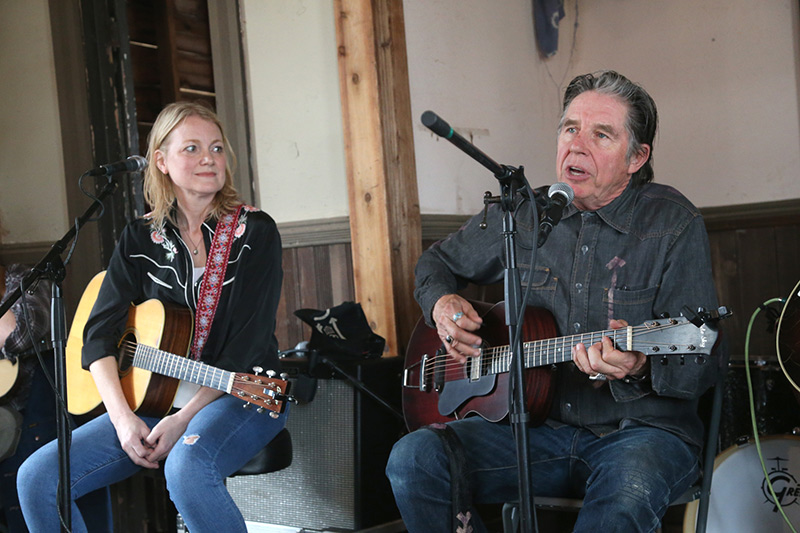 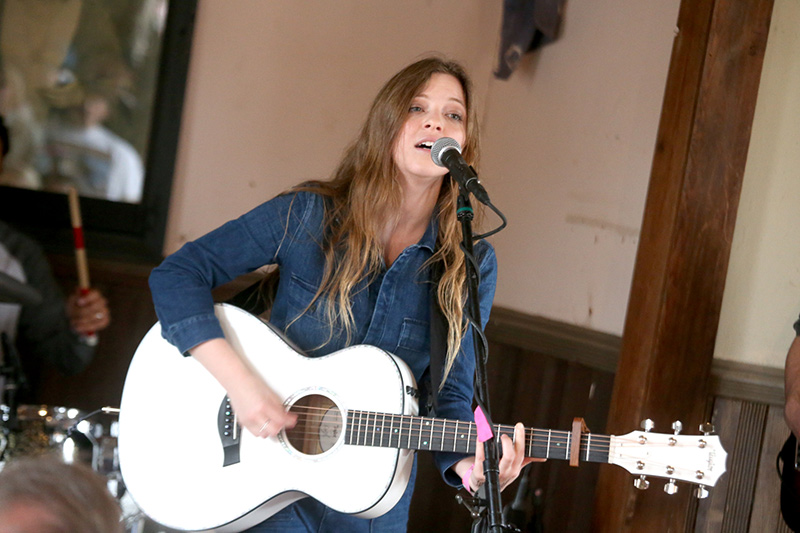 Jade Bird to a packed-out chapel (Photo by Gary Miller)

The lineup was also notable for reflecting the increasing resurgence of soul in the roots scene, from Gilfillian and the raw, powerful set from Philly’s Son Little to Nathaniel Rateliff & the Night Sweats’ penultimate mainstage draw. The latter pulled on the Preservation Hall Jazz Band, who earlier in the evening shook the Revival Tent, to join for a cathartic, horn-blasted romp of “S.O.B.”

Although the Luck Reunion remains a full Nelson Family Band event, with scions Micah Nelson and Lukas Nelson getting mainstage turns and Willie’s headlining set providing the perennial close, the fest has noticeably marked the ascendancy of the latter sibling as torchbearer of the Family ethos. Case in point was his band Promise of the Real’s exceptional set that brought out this year’s special guest and chapel headliner Margo Price for “Find Yourself.” Nelson then stayed onstage for several songs supporting Kurt Vile’s mellow psychedelic jams. 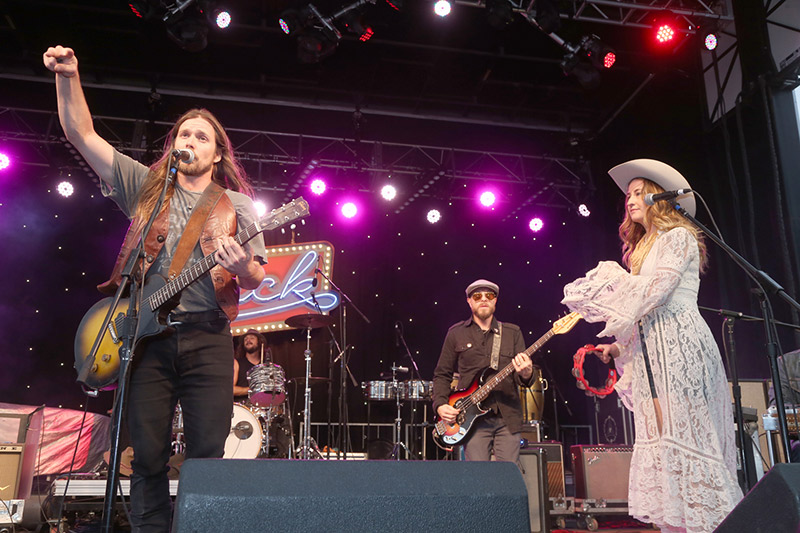 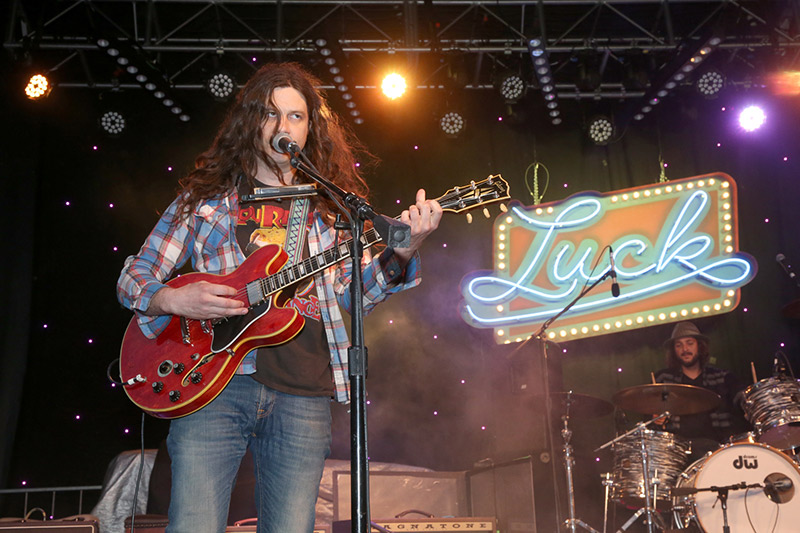 That passing of the torch was highlighted in Willie’s own set as well. While the patriarch sounded in fine form, voice as full as it’s been in years, Lukas provided the mid-set climax with “Texas Flood,” smoking the exchange of guitar solos with Asleep at the Wheel bandleader Ray Benson and his father, Pops grinning and laughing as his eldest took the lead.

By the time the stage packed with artists for the last call of “Will the Circle Be Unbroken,” the Luck Reunion felt as a much a call for the next generation of artists as Willie Nelson’s SXSW day party. That impression cemented with his walking from the stage leaving Lukas leading the final rounds in front of Price, Rateliff, Doe, and the rollicking Preservation Hall horns. 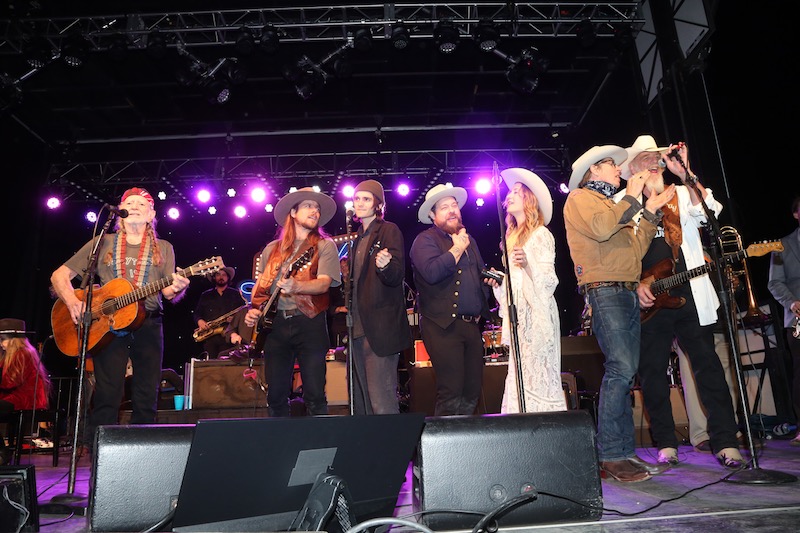