The Fest’s global presence extends to attendees too

The old cliche goes that the fewer Anglos in an ethnic restaurant, the better the food is. By that same logic, the music at China Night on Thursday at 3ten ACL Live sounded delicious. 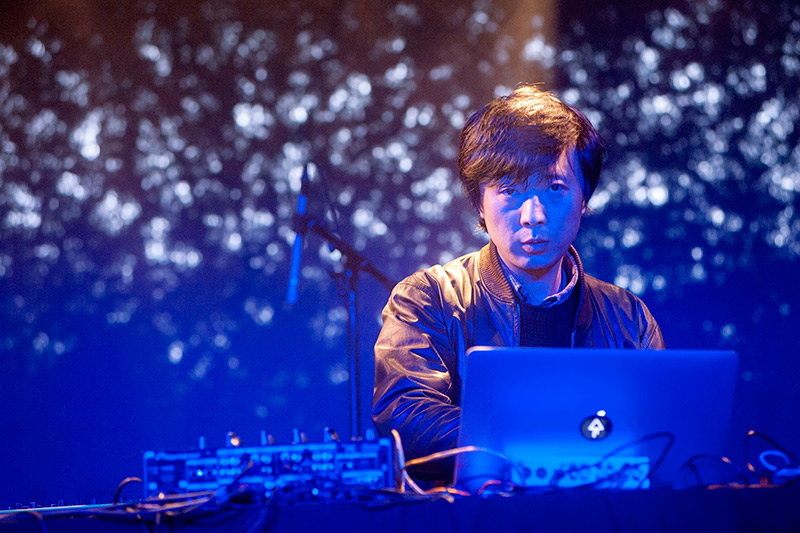 Curated by MTA Festival, an upstart event 90 kilometers from Beijing, the bill combined electronic, rock, and traditional Chinese sounds. Most of the crowd at the Moody Theater’s sister venue were Chinese, especially close to the stage. It was a people-watching paradise, with styles ranging from well-cut basics to loud jackets with designs inspired by Keith Haring. The diversity set an exciting mood, a reminder that SXSW’s global presence extends not just to artists, but to attendees.

Taiwanese opener Ruby Fatale performed as a threepiece, two laptop-wielders and a guitarist shredding on a blue Flying V guitar. Projections warped from scrolling, Matrix-style code to neon bursts of geometry. The trio invoked the warm synthetic tones of early Notwist, then dove into doomsday guitar riffs, only to end up sounding like austere EDM, with frontwoman Ruby giving stoic fist pumps.

Moxizishi & Jikehabu & 3He Project followed with a confusing set featuring mouth harp and ancient-looking flutes over a drum machine. At times, it sounded like a bizarro version of Ralf & Florian-era Kraftwerk, minus the robotic precision. Harsh stylistic shifts made it a tough listen for American ears.

The highlight was Shao, a 36-year-old Beijing producer who crafts stark techno tapestries. Minimal, distorted, and highly percussive, they sounded phenomenal on 3ten’s speakers, with textural elements like shakers panning frenetically from left to right. It could’ve soundtracked a journey into the dark web or set the backdrop to a Black Mirror episode.

Despite an influx of a few techno heads (one wore an Aphex Twin shirt), the crowd thinned over the course of the set. Those that stuck around limbered up, never really sparking a dance floor, but clearly enjoying the dystopian vibes. Surprisingly, the biggest fans seemed to be a Chinese couple in their 50s, dancing wide-armed and carefree to pounding kick drums and jagged layers of static.

They would’ve looked completely out of place were this show held in a thumping club like Kingdom, but here they fit right in.