If there’s any definitive sign that the #TimesUp movement currently broadening out from sexual assault to a larger discussion of female equality hasn’t reached the music industry with the fervor of the film world, it was this year’s Grammys. 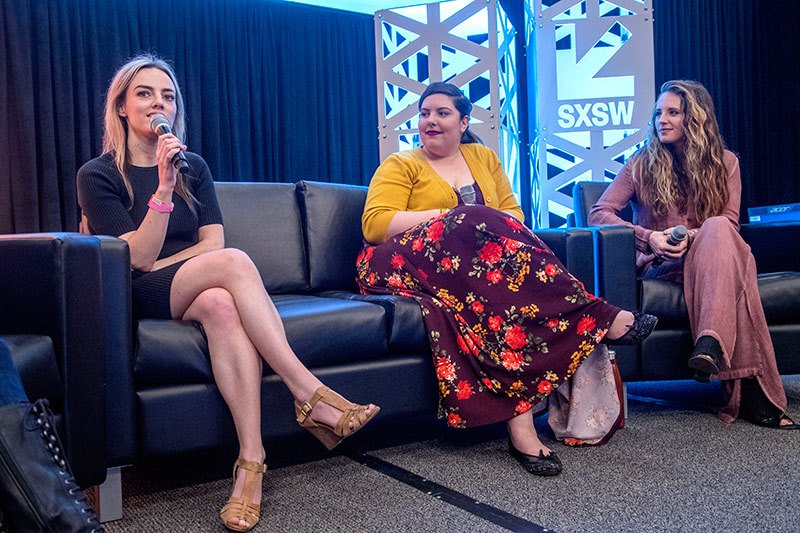 The night of the big show, Recording Academy President Neil Portnow was asked about the fact that only one woman had taken home a solo Grammy award during the telecast. In a sentence, he finally solved the issue of female inclusion: “[Women] need to step up, because I think they would be welcome.”

The absurdity of that statement wasn’t lost on the three musicians gathered at the Austin Convention Center on Wednesday for the conference panel #TimesUp: Turning the Hashtag Into Action in a Structureless Music Industry.

“I’ve been in the selection room for the Grammys,” said Mary Lambert, perhaps best known for her contributions to Macklemore’s LGBTQ-focused “Same Love.” “Out of 20 to 30 people, who are handpicked by the Academy, there were maybe three women in the room, maybe three people of color. It was all white cisgender dudes. I think I see the problem.”

At the afternoon discussion, there was no organizing to take down the Recording Academy, and the panelists didn’t lay out concrete systems to finally rid the industry of its sexism. The larger takeaway from the conversation between Lambert, Emma White, and Emily Hackett was that the music industry needed to do a lot more of what the panelists were doing: talking. Each shared stories about being tokenized by the music industry, with Nashville singer-songwriter White asserting flat-out rejection because of gender.

“I’ve been worried for so long about being ostracized if I speak up,” admitted White. “I’ve always been afraid what the guys I work with would think – if they’d look at me as a ‘bitchy woman.’”

“I think finally hearing other women coming forward proved to me that things that happened to me weren’t OK,” replied Hackett, another Nashville musician. “So now I’m going to talk about them.”

#TimesUp: Turning the Hashtag Into Action in a Structureless Music Industry