“You couldn’t plan Elvis Presley,” declared his widow Priscilla Presley, 72. “I’ve had college professors come to me with their theories of why Elvis had the impact he had, trying to explain him to me. And they’re always laughable!” 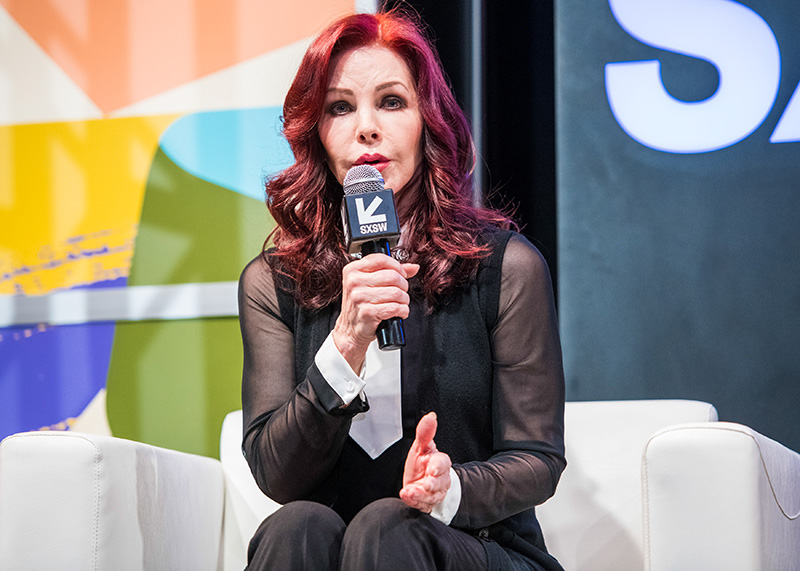 The former Del Valle High student – when her father was stationed at Bergstrom Air Force Base in 1956 – went on to detail the story of her 40-years-deceased first husband, widely declared and unchallenged as the King of Rock & Roll.

“The artist has been lost in the legend,” she lamented.

Toward this end, Thom Zimny, director of acclaimed Bruce Springsteen documentaries, has lensed a three-hour, two-part attempt at what Priscilla called “telling Elvis’ story with sympathy.” Elvis Presley: The Searcher premiered Wednesday at the Zach Scott Theatre for SXSW Film and airs on HBO April 14.

“I wanted to place you in Elvis’ dream,” explained Zimny. “In those Memphis landscapes, in Beale Street, in Graceland. Then, when Elvis occasionally appears in the dream, to explain it.”

The documentary interviews many, including Springsteen and Robbie Robertson, plus Tom Petty and Fifties Presley guitarist Scotty Moore in their last interviews. None interrupt the stream of archival footage, their voices providing narration. Priscilla remarked that this filmic dreamscape especially made vivid stories Elvis told her of Memphis’ black cultural hub Beale Street and how the sights and sounds he’d discovered there as a teenager forever shaped his approach to music and live performance.

“He studied and pursued that culture. He understood that you had to lose yourself in it and be passionate in your musical presentation – the way Jackie Wilson and Roy Hamilton did. Elvis understood the way to authenticity was through emotional connection.”