Indie rock revelations are all in the deets

For every ounce of cool permeating Kim Deal, there’s an ounce of cavalier. 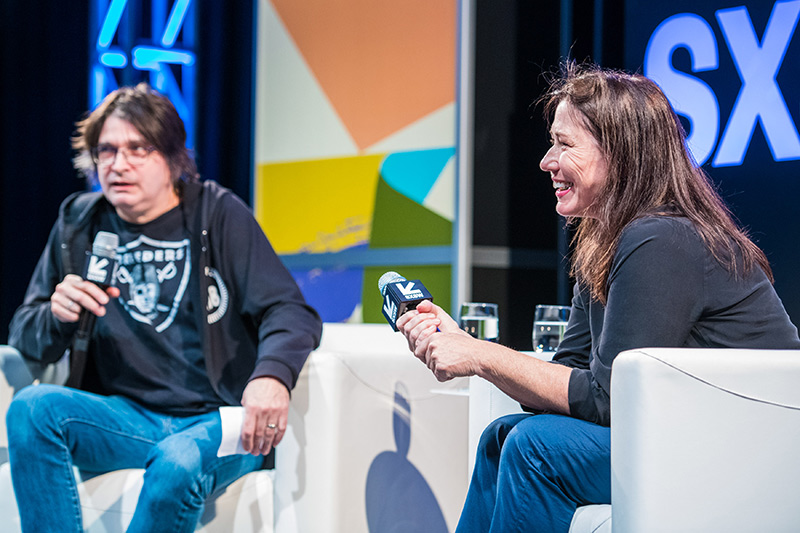 Since becoming the Pixies’ bassist in 1986 and then forming the Breeders a few years later, the 56-year-old Dayton, Ohio, native has carried herself with a casual openness in interviews. As such, three decades into her role as seminal alt-rock pioneer, any remaining revelations occur few and far between.

Instead, a conversation with Steve Albini, the owner and audio engineer of Chicago’s Electrical Audio Studios and frontman for Shellac and Big Black, unfolded a frank and funny chat between two longtime friends and collaborators.

“I don’t know what the fuck you were doing in New York,” Albini remarked at one point, recounting an old anecdote about Deal and L.A. hardcore band Fear.

An hour didn’t prove enough time. Albini attempted to guide the talk via Deal’s chronological timeline, devoting too much time to well-worn territory like his colleague’s Midwest childhood and her joining the Pixies as a bassist through a classified ad in Phoenix. In turn, Deal brought up Albini’s longtime regret about his recording aesthetic for the Pixies’ full-length debut, Surfer Rosa.

Both msuicians love idiosyncrasies, though, and tiny details and stories dominated the remainder of the panel. Revealed were the whirring sound on Last Splash’s “S.O.S.” (Kelley Deal’s sewing machine), Kim’s obsession with analog – the new Breeders LP All Nerve is the first mastered with Pro Tools – and Albini’s studio mantra courtesy of his “no filter” wife Heather: “Feature it or fuck it.”

The Breeders leader did drop one major revelation: That she’s a huge fan of commentator Nancy Grace.

Deal only got in a few of her own questions for Albini, like what his walk-up song would be.

“‘Hospital’ by the Modern Lovers,” he replied as the clock ran out.