A new generation of jazz stars is born

Last year, the SXSW Jazz Re:Freshed showcase for UK jazz acts filled Emo’s former inside room over the course of an evening. For this year’s go-round, the room packed out almost immediately. The capacity crowd was rewarded with a series of oft-stunning performances by the best young improvisers London has to offer. 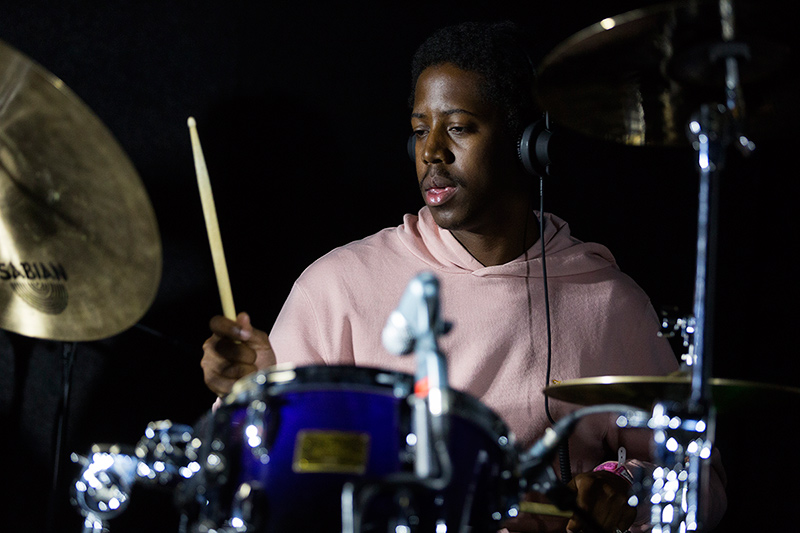 Casimir remained onstage as part of saxophonist Nubya Garcia’s band, joined by keyboardist Joe Armon-Jones and drummer Femi Koleoso from the Ezra Collective. Garcia eschews pyrotechnic blowing in favor of exploring her golden tone, lifting melodies like a child shifting a rock to see what treasures might be hidden underneath. Gliding over an irresistibly funky foundation equal parts Latin jazz and Afrobeat, Garcia whipped up a commotion as much with her enthusiasm as actual playing.

That strategy led to the most crowd-pleasing set of the showcase. London jazz veteran Zara McFarlane smartly didn’t try to match her predecessor’s energy. Backed by Henry, Boyd, Ezra saxophonist James Mollison, and Casimir (now on his third set in a row), McFarlane’s amalgamation of jazz, reggae, and social commentary leveled off the spectators’ energy level and allowed everyone to catch a breath.

A good thing, too, as young quintet Ezra Collective drove the intensity back up once again. Despite bassist T.J. Koleoso and trumpeter Dylan Jones being the only members not having been onstage already, the band played as if, pardon the pun, refreshed. The fivesome fused jazz, Afrobeat, and Latin funk so tightly it was difficult to separate which lick came from which genre, making for a highly danceable rhythm attack setting the stage for blazing solos.

If the crowd showed less enthusiasm for this set, it was due to fatigue after four previous hours of thrills, not because no one liked what they heard. Indeed, given the reception Henry, Garcia, and Ezra received, SXSW 2018 likely saw the rise of the next generation of jazz stars.