Group identities can be brandished on a bumper sticker or asserted by a new haircut. In a midnight Tuesday set at Sidewinder’s outdoor stage, Shamir Bailey wore his on a jean jacket. 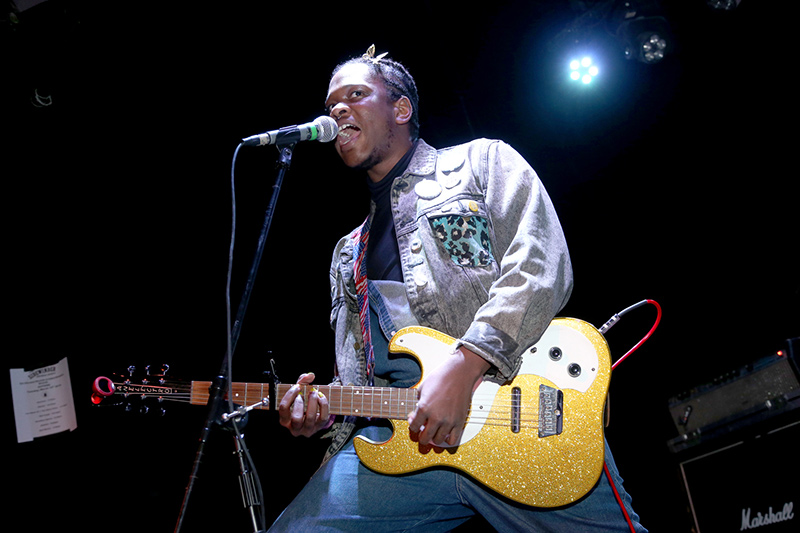 In a brisk 40 minutes put on by Bailey’s label Father/Daughter Records, the Philly-based artist left his dance music history in the dust. He subbed in yipping, growling, and shriek-accented renditions of the songs from last year’s meditative sophomore effort Revelations. Leading a trio on his upside-down golden guitar, the lefty chugged through speedy, emotive choruses and jagged tempo alterations.

“I released an album this Friday without telling anybody. It’s very fresh, so don’t judge us,” warned the 23-year-old bandleader before launching into surrendering new take “Dead Inside.”

“It’s about toxic people. There’s a lot of them in this world. I did a big cleanse and had to write about it.”

The song motored through chronicles of resistance with lovely emphasis from the bassist’s backing harmonies, landing on a final gritty scream of “no turning back.” Reclining on an amp for a feedback-strewn fadeout, Shamir made it perfectly clear he has no intention of doing so.