Strange exorcisms in a Downtown church

“Peace be with you,” Alan Sparhawk intoned quietly in concluding Tuesday evening’s SXSW showcase in St. David’s Sanctuary, a blessing the Low co-founder offered sincerely following a particularly intense and at times bizarrely unexpected evening in the church. 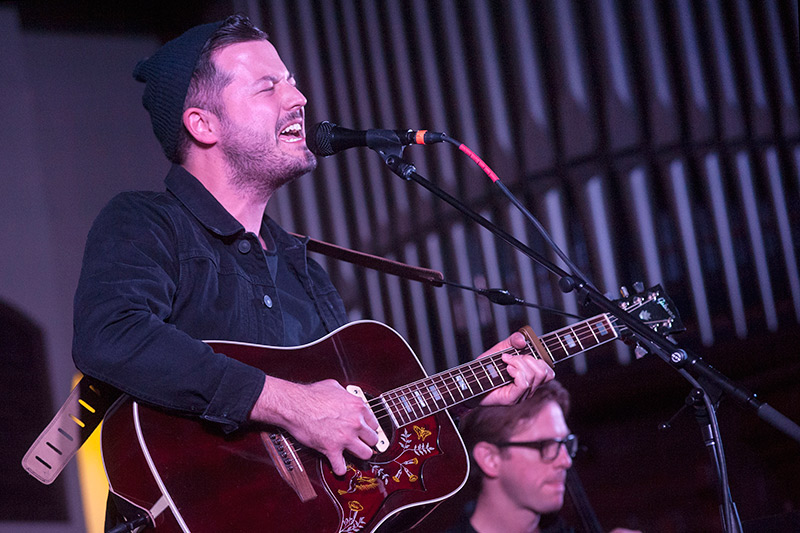 Josh T. Pearson set the strange dichotomy early. The Lift to Experience frontman debuted a raucous new band the previous night at Sidewinder, but emerged solo for his sanctuary showcase.

“Do y’all want a funny show or sad show?” he asked the crowd, ultimately delivering a stunning, if awkward, mix of both.

Solo, Pearson’s unfolding croon and wry, confrontational wit sit raw and exposed. His meditative drawl slowly building to a high wail feels as though each song is being pulled out excruciatingly from his darkest regrets, as with “Sweetheart I Ain’t Your Christ.” Yet he intertwines that intensity with an uncomfortable humor, both amplified by the church setting in “Stillborn to Rock” and a new, country-tuned jingle about Facebook infidelity.

Low, meanwhile, took advantage of the church in a turn toward performance art. Sparhawk and Mimi Parker stood stark and still center stage, no guitars, and only Steve Garrington on organ and a drum machine. The show rested completely on the couple’s distinct harmonies, intensity building in the throbbing pulse and soft changing hues of the spotlight.

At one point, Parker oddly offered an apple to Sparhawk to eat.

Some fans bolted for the door several songs into the atypical Low performance. At times exquisitely gorgeous and others maddeningly monotonous, the Minnesota trio nonetheless gave apt close to St. David’s strange evening.