During SXSW, Austin begins to resemble a high-tech county fair, with brands taking the role of carnival barkers attempting to draw the attention of the distracted crowd with bizarre events and installations. But keeping things weird can be used as more than a cheap publicity stunt. 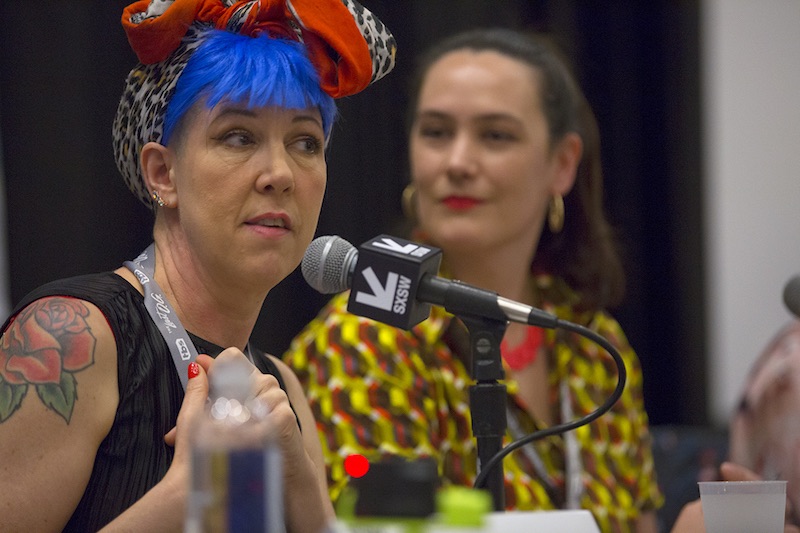 Rosie Freeman, co-director of the Brick Box, a group dedicated to using performance art to improve neglected areas, moderated a discussion among a panel with plenty of experience in absurdity: UK artist and self-described “anarcho-surrealist” Richard DeDomenici; the Alamo Drafthouse’s VP of special events, Henri Mazza; and fellow Brick Box co-director Eleanor Barrett. The group told tales of their efforts to amaze and confound an unsuspecting public with spectacle and the method behind the madness.

For the Brick Box, the absurd is a tool to challenge preconceptions and bring people together. In the post-industrial town of Bradford, England, the group defied popular stereotypes of a dangerous, divided city by taking over an abandoned department store on a street where 90% of the surrounding buildings were closed down. Inside, they threw a massive dance party, complete with local vendors, an LGBTQ booth, and even a pop-up mosque. “In our experience, the only thing that really works with people is expressing creativity,” Barrett said. “It’s really something that can change people’s lives.”

DeDomenici, on the other hand, works on the more provocative side of the weirdness spectrum. His works and performances, ranging from selling sex toys that resemble London skyscrapers to offering change to passersby on the street as a “reverse beggar,” have drawn attention from the public (and sometimes the police) for their hilariously off-kilter approach. DeDomenici explained that this is a calculated effect to connect a broad audience to his art.

“Laughter is involuntary,” said DeDomenici. “If you can make someone laugh, you break down their natural defenses and they’re much more willing to engage in any underlying message behind my work.” 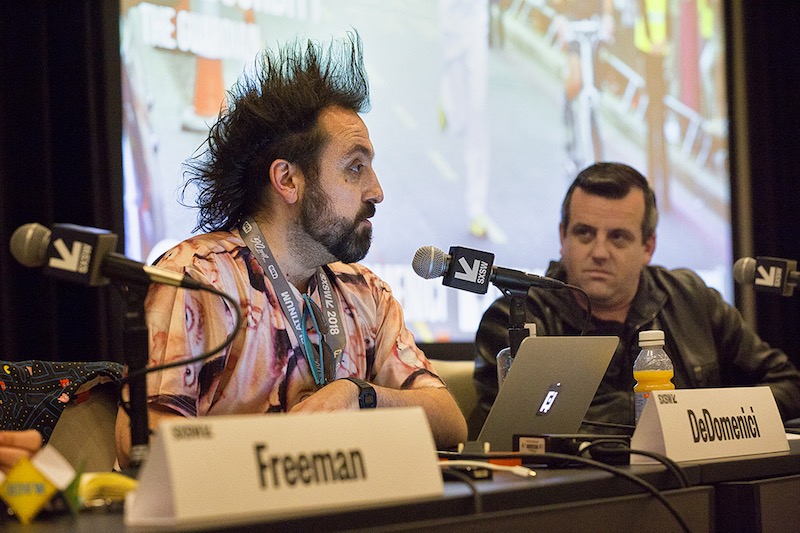 But absurdity isn’t the sole property of the art world. At the Alamo Drafthouse, Mazza is responsible for some of the theatre’s most popular and attention-grabbing events, such as Jaws on the Water, in which viewers watch the classic 1975 film while floating in tubes on Lake Travis. He sees these kinds of unusual events as a way to strengthen the Drafthouse brand and set them apart from the competition.

“Unlike a lot of other theatres that focus on reducing the cost of goods … why don’t we have someone show movies on a lake?” Mazza asked. “That’s part of why we’re known internationally.”

To those wanting to go out into the world and use their own brand of absurdity to connect with people, the panelists advised the audience to stay authentic to themselves and their community and not to become discouraged if you find your bright idea quickly gets copied and becomes mainstream.

“I think it’s inevitable that the counterculture will be absorbed into the society it critiques,” DeDomenici said. “Appropriation should just inspire new techniques for subversion.”