International cosmology from the German capital

Although this showcase of German acts allegedly represented Hamburg and Berlin, nearly every act came from the latter city. As such, it’s a mark of how cosmopolitan the town is that most of its acts at SXSW weren’t natives. Case in point: opener Lucas Ufo, aka World Brain, is French, which explains why his charming electro-pop resembled Air’s poppier sides. 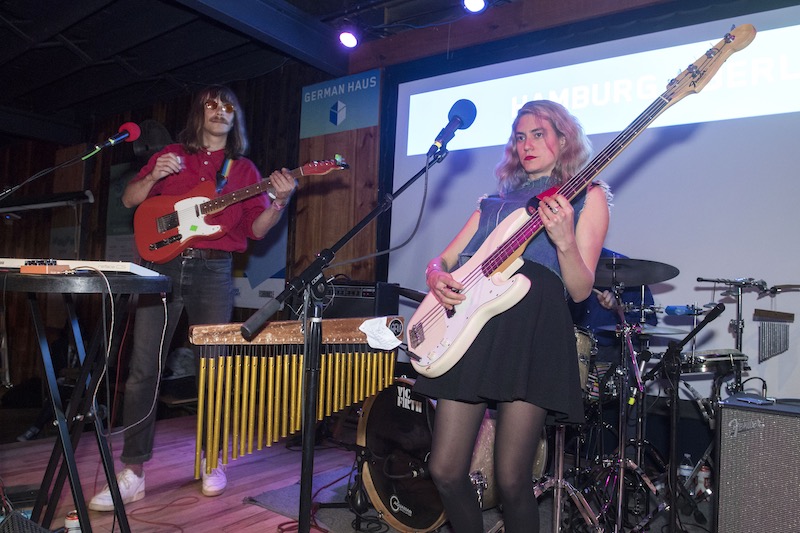 Based in Berlin, Emma Elisabeth hails from Sweden, but neither her birthplace nor her home base had any impact on her colorless indie rock. Ufo’s main band, Fenster includes American bassist J.J. Weihl alongside the Germans. Together, the international quartet mixed psych-pop, soft rock, and prog rock, actually sounding like a blend of its heritages as it previewed material from a forthcoming LP.