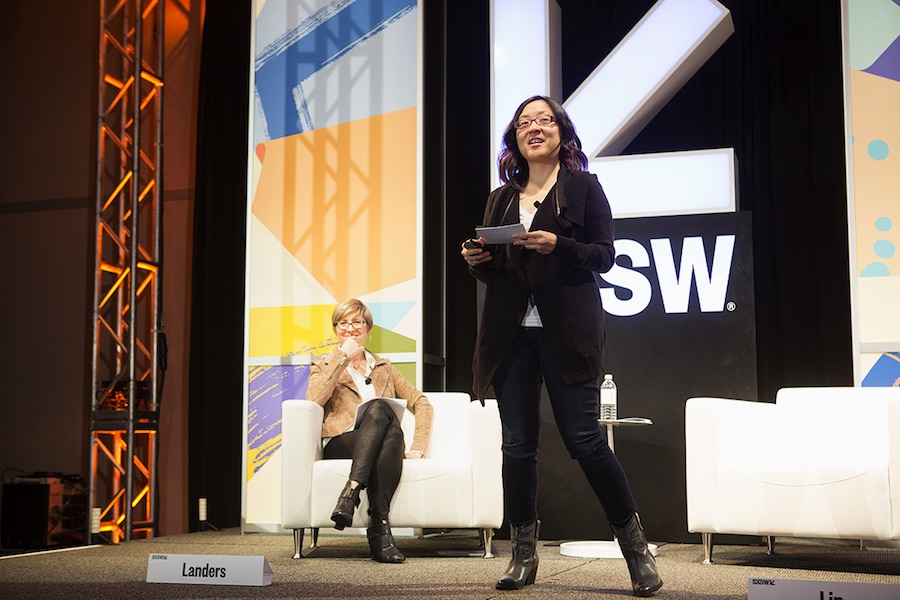 Their well-made argument is simple: It’s important to invest in women in film. Landers suggested that StoryFit’s AI-sourced data could help drive what tends to be an emotional conversation forward toward a more equitable (and profitable) La La Land. As they noted early on in their discussion, movies with women leads see higher box office returns. And let’s be honest, with their grab ‘em by the purse strings argument, they just might be onto something.

Over the past year, Landers and Lin have examined 2,000 film scripts (from the Thirties to now) and 25,000 characters using more than 100 machine learning models to better understand and ultimately dismantle Hollywood’s gender stereotypes. Of their many findings, they, unshockingly, discovered that male characters tend to discuss business, war, fighting, and so on while women characters gab over relationships, babies, and other matters of domesticity. Men are given more adventurous, expressive roles. Women play the cautious, calm, cooperative, and cool-headed counterpart. Landers concluded the number crunching portion by noting: “Sometimes changing the norm can make more money.”

She also assured the crowd (much to my displeasure): “We’re not here to dismantle the patriarchy. Turns out, that’s not a good business model.”

And it seems Hollywood is already making headway. Their data comparing the 2017 Academy Award nominees to 2018’s shows some much welcome changes. One such example is women, though still not talking more, are talking more about business, while men are discussing family matters. But the changes simply are not enough. Now, Landers said, is the time to start measuring. “Don’t leave it to your gut.”

Despite StoryFit’s rigid gender binary of male vs. female (which Lin acknowledged during the Q&A), and limited characters of color presented, the company might just help the entertainment industry outgrow regressive stereotypes. Imagine what they’ll find if they apply the same learning machines to race and transgender stereotypes too.