Darian Harvin and Sama’an Ashrawi on their origins and influences

Darian Harvin started her podcast Am I Allowed to Like Anything? from her bedroom, because if she couldn’t get Beyoncé, she reasoned, she could get Beyoncé’s publicist. 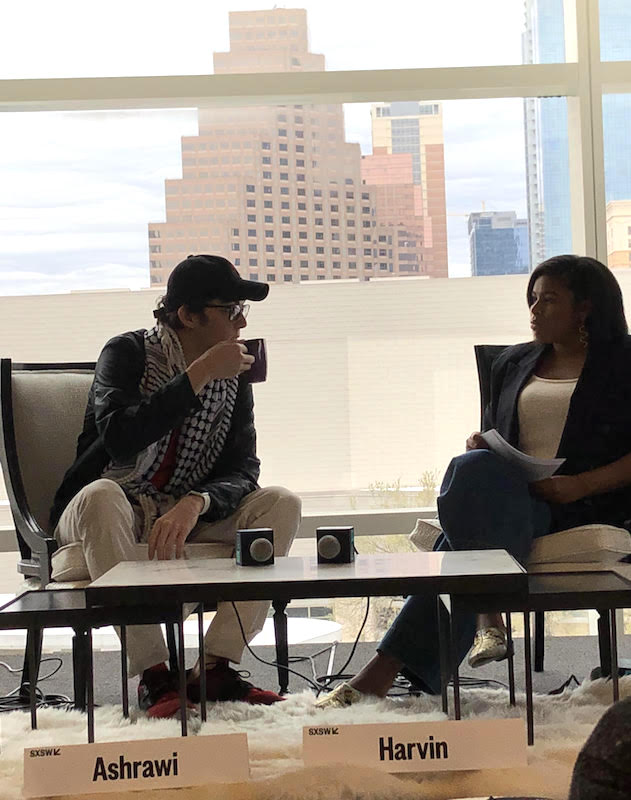 Formerly of Buzzfeed News, the self-described “news curator” sat down with Palestinian-American digital journalist Sama’an Ashrawi on Sunday afternoon to talk about working with hip-hop icons, his woke parents’ record collection, and the glory of velour suits.

Pale and boyish, Ashrawi rocked an L.A. streetwear ensemble with his signature keffiyeh draped around his neck. The child of a Palestinian father and American mother, Ashwari grew up in the small town of Cypress, Texas, where his parents opened his eyes to injustice and gifted him with a love for the blues at a young age.

“Growing up I learned about the blues from my dad and funk from my mom,” said Ashrawi. He discovered hip-hop through his cousin when he was 9, and related to its rawness and activism. A videographer himself, his first music video was Public Enemy’s “Fight the Power.”

“I related it to the Palestinian struggle,” Ashrawi reminisced.

Nowadays Ashrawi can often be seen in matching Trill Gladiators jackets with Bun B, and has interviewed everybody from A$AP Rocky to Talib Kweli.

Harvin steered the conversation through Ashrawi’s encounters and collaborations with famous people, such as the time he had a friend chop and screw a Thundercat album, which the original artist liked so much he put it out on purple vinyl. Most of the stories consisted of him bumping into celebrities backstage and just being cool. Ashrawi acknowledged that his unassuming confidence is a “gift in the music industry, where half the time it’s about looking like you belong” and the other half is whether or not people like you.

They also discussed the #MeToo movement, which Ashrawi boiled down to “don’t be an idiot,” and Harvin rhapsodized about her middle school velour suit moments. The talk wrapped up with Harvin noting that the way success is framed for young people is changing, which is why she started her podcast.

“A couple years ago I decided I no longer wanted to play by the rules,” she said. 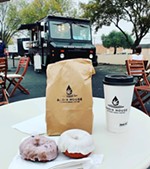 SXSW 2018, Darian Harvin, Sama’an Ashrawi, Am I Allowed to Like Anything