Impossible odds and sheer rock faces in this climbing doc

Tweet
print
write a letter
The Dawn Wall is a documentary about obstacles. Physically climbing this stretch of El Capitan in Yosemite National Park was considered impossible, but that didn’t stop 22-year-old Tommy Caldwell, the world’s greatest free climber, from dedicating nearly a decade to learning every crevice. In 2015, he reached the top. The climb took 19 days. 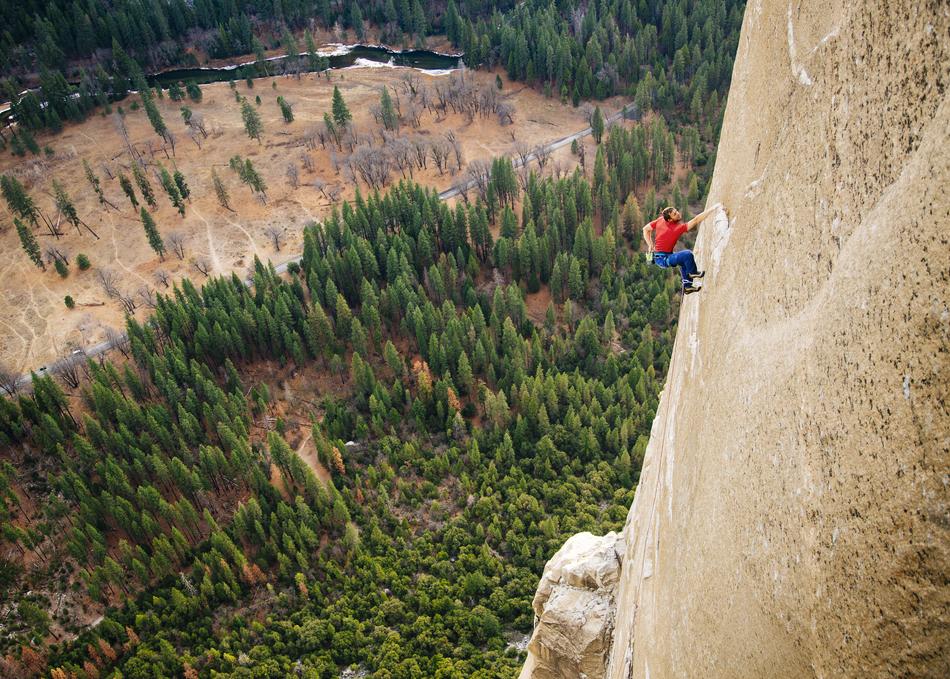 Beyond the physicality, this is more than just a sports movie (or a tourism ad for national parks). Caldwell’s personal history is horrifying. As a teen, he was kidnapped in the mountains of Kyrgyzstan and forced to push his captor off a cliff. A few years later, he cut off a finger using a table saw. Then his wife divorced him (she was also his only climbing partner). Given what he overcame, there’s no way not to root for this guy, especially given the amount of gut laughs that result from his bromantic chemistry with Jorgeson.

The film’s crux (climbing reference!) is maintaining momentum. It covers an extraordinary amount of material in 100 minutes, but there’s a long stretch near the end where, like the climbers, the pace just gets stuck. It feels shallow to criticize the length when considering the impossibility of the challenge, but the summit would’ve been more satisfying if the filmmakers had found a few shortcuts.