Social Animals director Jonathan Ignatius Green's 14-year-old isn't on social media. Let that sink in, parents, as you delve into this tale of Instagram gone wrong and semi-right. 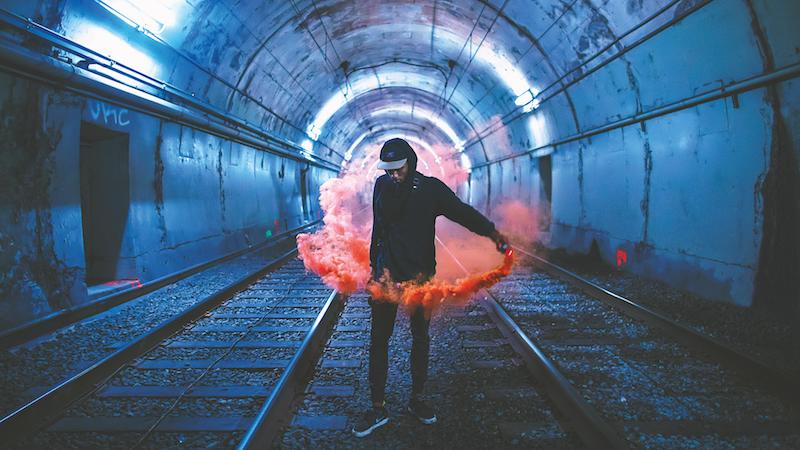 The doc follows three teens as they maneuver the minefields of growing up in a world where likes and followers matter above all else. There's Humza, a New York City urban explorer who sees climbing bridges and tall buildings as his route to photography fame. Semi-spoiler: It works but not without consequences. Meanwhile in the Los Angeles 'burbs, blond, tanned, and perfectly sculpted/charming 15-year-old model Kaylyn's wealthy car-dealer dad promises a clothing line when she hits 500,000 Instagram followers. Contrast that with Emma, who is not-so-safe in the Midwest with an Instagram habit that leads to cyberbullying.

Emma's story strays a tad toward Dateline episode fodder, but the intercutting of the three plots combined with stunning cinematography keeps the doc's engine chugging forward. Green's original concept for the film was focused on photography in the age of social media, but it evolved into a larger cautionary tale of Instagram celebrity. Humza's photo comrades turn on him as a suspected snitch when the law closes in. Kaylyn attracts a stalker. Emma droops into ennui.

Green fills the gaps with mini-interviews with average teens whose savvy words give hope. The doc is a smart if somewhat familiar cautionary tale on the power of social media to create false realities and stroke tender egos.