Dick Cavett was friends with Groucho Marx, frenemies with Norman Mailer, confidant of Bette Davis, and a character witness for John Lennon. But it was his friendship with Muhammad Ali that brought him to SXSW this year and into a hilarious and touching conversation with WFMU’s Dave Hill. 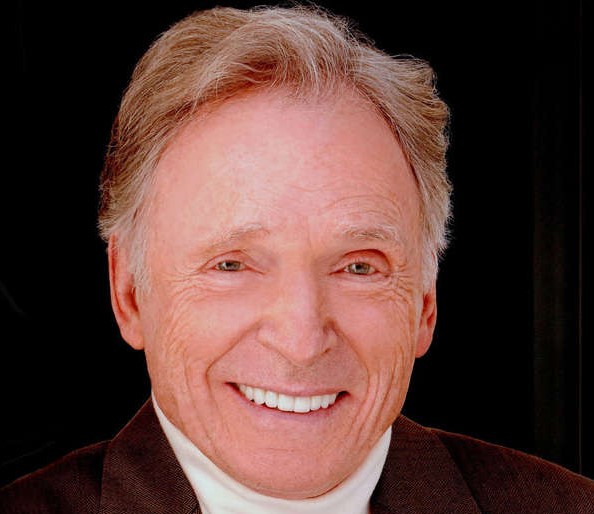 Hill hosted this year’s first SXSW Comedy event, Cavett on Comedy With Dave Hill, an interview with broadcasting legend Dick Cavett. Cavett started as a writer on Jack Paar’s The Tonight Show, and subsequently wrote for Johnny Carson, too, before hosting The Dick Cavett Show. The first iteration ran on ABC during the day and on a tight budget. “I remember standing there on the first day on this crap stage and thinking when they come back from commercial, it’s up to me to fill 90 minutes,” he said. His guest for the day was an entomologist. In his monologue, Cavett went with the intro, “And no show is complete without an ant expert!” It wasn’t a problem he had for long. Cavett had a unique talent for landing guests who rarely gave interviews, like Katharine Hepburn, and connecting with a wide range of people. Salvador Dalí, Raquel Welch, Satchel Paige, Janis Joplin, Jimi Hendrix, Judy Garland, and (as he put it during Friday night’s interview) his first “full-of-crap guest,” Timothy Leary, all appeared on his show. Cavett's quick wit became legendary. Hill recalled how Carson used to challenge Cavett to a game in which Cavett would make up anagrams on the fly. One of Hill’s favorites was on the prompt Spiro Agnew. Cavett’s response: grow a penis. “I didn’t know Spiro Agnew,” Hill said. “But I decided in that moment Dick Cavett would be my leader.”

Cavett told stories about some of his favorite moments, like the time he interviewed Bette Davis. As he was thanking Davis for being on the show, she called him “such a gentleman.” He made a quick quip about what a classy episode it had been, paused, and then blurted out, “So how did you lose your virginity?” She answered. “I was 26 years old when I lost my virginity, and the wait damn near killed me!” The anecdotes came from throughout his 60-year career. So the night had its somber moments, too − like when Cavett recalled hosting Judy Garland just a couple weeks before she died. After the show, she wouldn’t leave. “She was at home and felt safe in the theatre, and she didn’t want to leave the warmth of the dressing room,” he said. “She was a woman who couldn’t make a false move on stage or in a performance, and she couldn’t make a right one in her life.”

Cavett came to SXSW in large part to support Ali & Cavett: The Tale of the Tapes (a documentary by Robert S. Bader) about his most frequent guest and close friend, Muhammad Ali. Cavett says Ali appeared on the show 14 times. “Sometimes I think we were separated at birth,” Cavett said. “We knew each other’s rhythms.” Cavett talked about Ali with a sparkling fondness that would touch anyone. “It’s so embarrassing,” he said, “talking about being in love with another man.” During the Q&A he was asked about how the two spent time, which Hill jokingly dubbed “Dick and Muhammad time.” Cavett shared a story about the time Ali was at his house and the phone rang. “It was my wife,” Cavett said. Ali answered, and his wife was confused by the voice. “Darling?” she asked. Cavett summarized Ali’s response: “This isn’t 'Darling.' It’s only the three-time heavyweight champion of the world.” The audience loved it. “He had the makings of a great comedian,” said Cavett.

Ali & Cavett: The Tale of the Tapes premieres at the Alamo Lamar on March 11 at 8:30pm during SXSW Film.

Cavett on Comedy With Dave Hill