Finding distribution and finding an audience on big and small screens

We live in a time when the tools for storytelling are so accessible that people make feature length films on their phones. Finding lucrative distribution is another story. With the rise of Netflix and other services, storytellers have begun wondering if they should turn their focus away from the theatre and toward streaming. 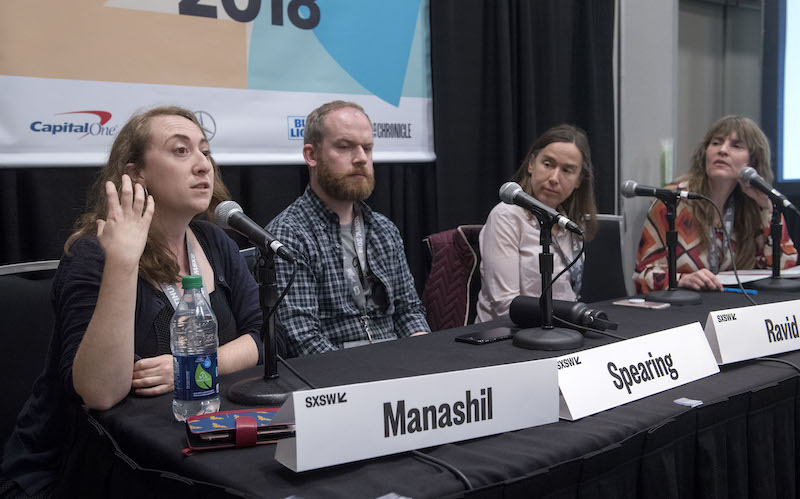 Moderator Tiffany Pritchard began questioning the panel of representatives from professional distribution companies about the role of the filmmaker in the post-production process. Orly Ravid, founder of the Film Collaborative, encouraged creatives to get involved with the marketing process in order to find their audience. Hugh Spearing, head of global marketing at StudioCanal, added that if there's no niche appeal to the film or a notable cast, there is more difficulty in locating an audience.

The panel goes on to address how streaming plays into all of this. These services highlight many microbudgeted films that wouldn’t be able to find a place anywhere else. However, that doesn’t mean that this is the grand solution for indies. The Sundance Institute's Liz Manashil described her own experiences as a microbudget filmmaker and the difficulties of finding a place within these services like Netflix or Amazon Prime. Despite being more accepting of smaller pieces of work, if these companies don’t see an audience, then they don’t see a film. The final consensus as the panel reached its end was the importance of building an audience. Once that step is achieved, filmmakers will have an easier time finding distribution on the big and small screens.

Theatrical vs. Streaming: A Shifting Paradigm