A year after "the mix-up," Oscar winner finally delivers his speech 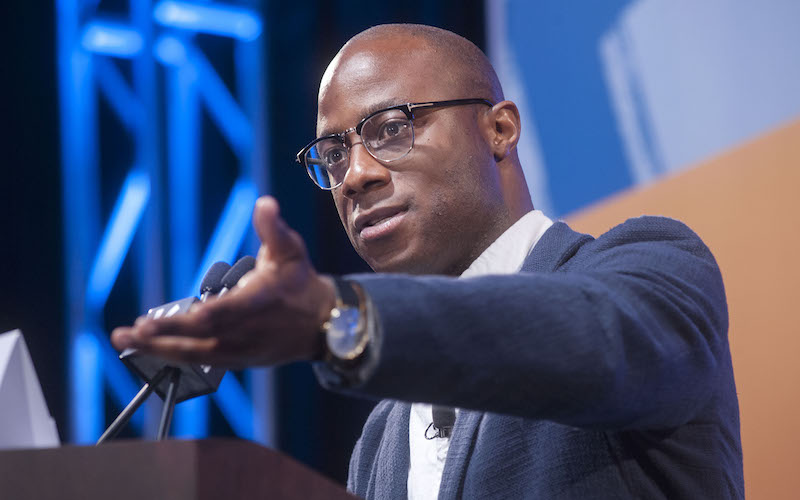 Barry Jenkins delivered a keynote address at SXSW Sunday, a decade after his first feature film, Medicine for Melancholy, debuted at the festival. His first outing at SXSW was spent hustling to get his film seen, but now he was squarely in the spotlight.

Jenkins began by delivering the Oscar acceptance speech he was denied after the now-infamous Best Picture mix-up left him frazzled. “Tarell [Alvin McCraney, whose play In Moonlight Black Boys Look Blue inspired the film] and I are Chiron. … When you watch Moonlight, you don’t assume a boy who grew up how and where we did could make a piece of art that wins an Academy Award. … So, to anyone watching this, let this be a symbol – a reflection that leads you to love yourself.”

The speech was a poignant introduction to the remainder of Jenkins’ keynote, which traced the rocky trajectory of his career. Jenkins, born in Miami during the crack epidemic, would occasionally return to an illustrative refrain throughout the keynote – “Barry Jenkins, born of the projects, to a mom addicted to crack cocaine …” – that emphasized the obstacles he had overcome in his nearly 20-year career.

But now, Jenkins is more than a recognized talent. He is a guiding light for children who struggle to see themselves as artists. He explained how he came to understand that by telling a story.

Moonlight was shot in Miami, and the children of the community quickly became a fixture on set. While working with his actors on a scene, Jenkins looked behind him and saw a group of kids staring with fascination into the crew’s video monitors, transfixed by the magic of filmmaking.

“It floored me,” Jenkins said. “I cried because I realized I denied myself that dream for so long, I didn’t recognize it when I was able to give that dream to someone else.”