“Trump is the most 'Texas' president we’ve ever had” 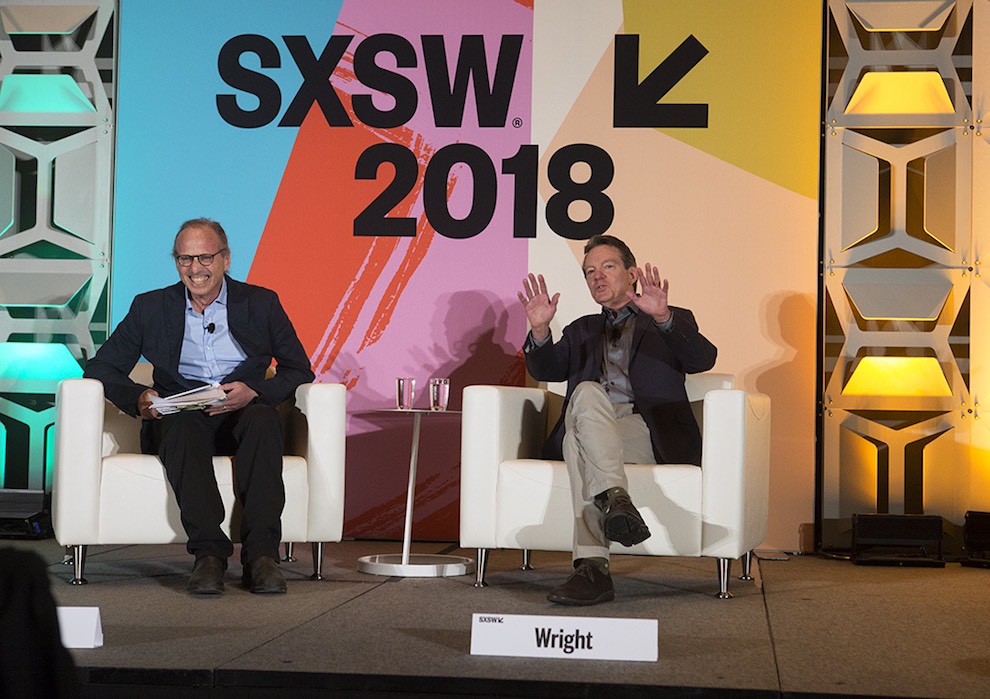 In a wide-ranging conversation Friday afternoon, the loudest reaction Lawrence Wright evoked from his audience of a couple hundred people was when he said, “Trump is the most 'Texas' president we’ve ever had.”

That was by way of talking about the stereotypes outsiders presume about Texans – as he puts it in his new book, God Save Texas: that we are “braggarts; careless with money and our personal lives; a little gullible but dangerous if crossed; insecure but obsessed with power and prestige. Indeed, it’s an irony that the figure who most embodies the values people associate with the state is a narcissistic Manhattan billionaire now sitting in the oval office.”

That received some hearty boos, but Wright continued, “These are stereotypes [Texans] can’t escape, yet New York is not being held responsible.” He added that one stimulus for the book was the puzzlement he hears from non-Texans who want to know, “How can you live there?” followed by a grudging exception for Austin.

Politics was but one of the many themes Wright touched on, encouraged by Statesman reporter Jonathan Tilove, who managed to instigate engaging stories from Wright, about his early years in Abilene and Dallas; his English immigrant ancestor (an incompetent Kansas farmer who “homesteaded on what became the dust bowl”); and Texas as the vision of the American future – for good or ill.

Wright spoke with both hope and foreboding about that burgeoning and increasingly diverse Texas. “The whole state will look like Houston, where no ethnic group predominates … yet do our political leaders want to educate black and brown children? … If we don’t invest in those groups, we won’t have a future.” He said the political preference to instead fund (mostly white) private schools “strikes me as outright racism.”

Much of the conversation was lighter, and evidence of Wright’s on-and-off again love affair with Texas. Having left as a youth, he returned in 1979 on a writing assignment, almost by chance visiting New Braunfels and then Gruene Hall, where he heard George Strait open for Asleep at the Wheel. “The music and the accents all felt like home.”

The book (with a title taken from a song Wright wrote with Marcia Ball, featuring the refrain, “He’s the only one who can”) is a dramatic shift in subject and tone from his recent work on international terrorism (The Looming Tower, The Terror Years), and afterwards he told the Chronicle: “I just had a wonderful time writing it. When I left Texas Monthly, I thought I’d never write about Texas again. I didn’t want to be a regional writer. Then with all of its problems, I kind of fell in love with the state again. … There are a lot of colorful people in Texas; that’s what makes the political scene so rich. And then the music … I felt like when I joined a band, I became a real Austinite.”

Wright plays keyboards for WhoDo, a blues band with a regular date at the Skylark Lounge. “April 15 is our next gig.” In the meantime, his play Cleo, about Elizabeth Taylor, Richard Burton, and the making of Cleopatra, is in rehearsals at Houston’s Alley Theatre.

GOD SAVE TEXAS: The Lone Star State and America