SXSW Panel: Christiane Amanpour on Sex & Love Around the World

International correspondent Christiane Amanpour celebrates 35 years at CNN this year with her new show Sex & Love Around the World. In a conversation with Recode executive editor Kara Swisher, Amanpour discussed female sexuality internationally, the #MeToo movement, the state of the media, and current political turmoil. 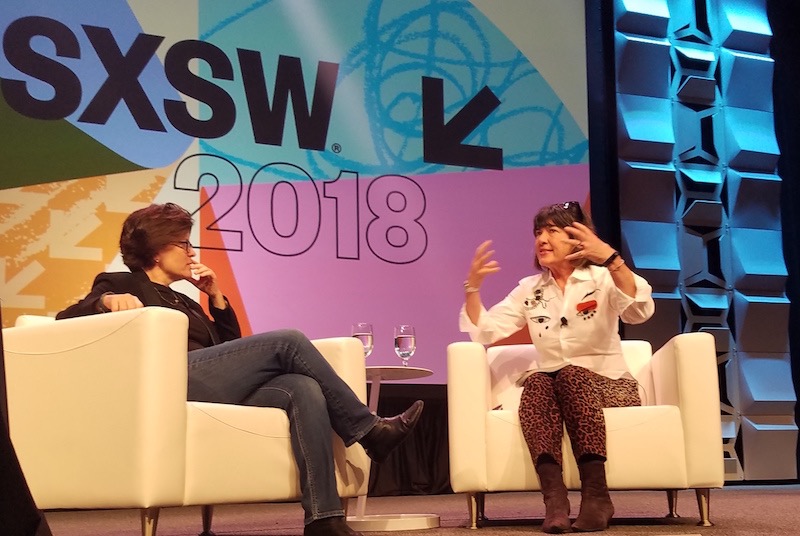 Amanpour said she got the idea for her show (executive produced by Anthony Bourdain) three years ago while brushing her teeth and listening to a radio program at the height of the Syrian war and refugee crisis. This led her to ask herself about the lives of girls and women, how they keep safe during times of political turmoil, and how they discuss female sexuality. Having previously reported on rape during wartime, among other subjects, she said this was a journey into another, more human aspect of what she has been doing all her life. She found that before the #MeToo movement exploded, though there are still parts of the world where it is very dangerous to be a woman, more women worldwide are starting to take a stand for their rights. Amanpour also talked about her experience filming the show, from naked ping-pong to arranged marriages and how women approach the subjects of sex and female rights in a society that often considers them less than human. Amanpour said, “We as women are not going to have totally satisfied lives unless men are also on our side,” and addressed issues such as the need for equal pay and society taking responsibility for making the changes they want to see.

“We are at peril and risk if we cannot tell the difference between truth and lies.”

Amanpour also talked about how everyone must be aware of what they read and share, directly addressing the issue of fake news, “We are in an existential moment right now. We are at peril and risk if we cannot tell the difference between truth and lies.” Facebook and similar sites where news is often shared, she said, should also take responsibility as media outlets. The idea of "fake news" did not start during the Trump administration, she added, but Trump has simply lowered the bar for the treatment of journalists.

On the Trump administration and current politics, Amanpour said many world leaders have gotten used to seeing his tweets and waiting to see what actually happens. Finally, she said she has noticed that people are concerned worldwide about who would replace the U.S. as a world leader should the U.S. not take its role as such seriously.

Christiane Amanpour on Sex & Love Around the World