In 2014, Blumhouse released Unfriended, a horror deconstruction that added an element of immersion to the standard ghost story. By limiting its narrative to a single computer screen, it explored what it means to feel safe online. And now they’ve done it again with Unfriended: Dark Web. 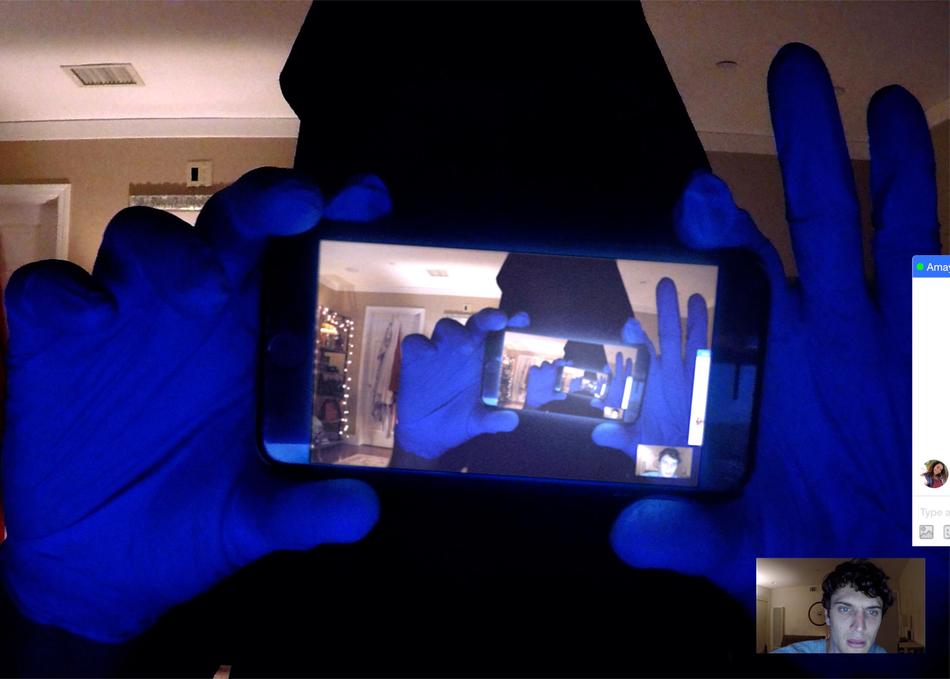 Rather than a sequel, this is seemingly the beginning of an anthology series built around this premise. Matias (Colin Woodell), a software designer, stumbles upon a hidden subdirectory in his newly acquired laptop. It isn’t long before the computer's original owner pops up on his screen with an ultimatum: return the laptop to its rightful owner or watch his girlfriend Amaya (Stephanie Nogueras) be murdered.

Just like in the first Unfriended, Dark Web demonstrates boundless creativity in how it turns a computer screen into a fully realized environment. Skype conversations, fullscreen MP4s, and Spotify playlists give the film a variety of emotional beats and musical cues to play. Dark Web also introduces a few clever auditory and visual glitch effects to the mix. It may be days before you get those wrong-sounding Google Hangout notifications out of your head.

The biggest surprise in the directorial debut of Stephen Susco (best known for penning the U.S. adaptations of The Grudge) is that there is no ghost in the machine; everything that occurs in the movie happens at the discretion of the River, the film’s TOR-like community of hackers. Knowing that real people are behind the multiple murders that unfold throughout adds an element of cruelty above and beyond that of its predecessor. In Dark Web, we find that anonymity truly makes monsters of us all.

It remains to be seen how much more mileage Blumhouse can get out of its immersive approach, but with two highly entertaining movies under their belt, doubt them at your own peril.