Tweet
print
write a letter
A dude setting a feminist comedy in a sexy sports bar? Bold move. Titling it with a bra joke? Bolder. But writer/director Andrew Bujalski’s new comedy, Support the Girls, does it. It delivers a glimpse into the complex lives of working-class American women … along with a couple good butt jokes. 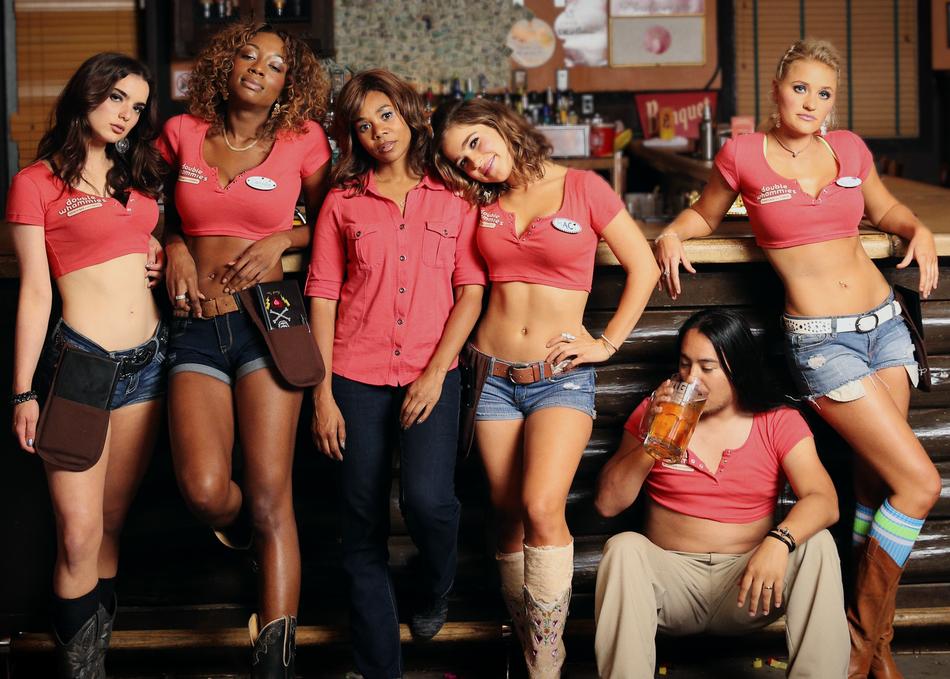 Support the Girls centers on Lisa (Regina Hall) − a manager of a busty, Hooters-style sports bar called Double Whammies. The film opens as she explains to a group of new hires that the bar is “a family establishment” like a Chili’s or Applebee’s, “but with fewer clothes and way better tips.” (Usually.) Kind, generous, hardworking, and fiercely protective of her employees − from the all-male kitchen staff, to the beautiful, but drama-prone waitstaff − she’s a mother hen to the endearing band of misfits under her employment. When one of the waitresses runs into legal trouble, Lisa organizes a benefit car wash to help with the cost. But the bar’s owner wants nothing to do with it and tries to shut it down. Lisa and waitresses Danyelle (Shayna McHayle) and Maci (Haley Lu Richardson) band together to try to get their friend the money she needs and to get Lisa through a bad day that keeps getting worse.

The film has just the right amount of puns and playful wordplay. (At one point Danyelle calls Lisa “the wind beneath her buffalo wings.”) And the addition of a trucker-hat-donning Lea DeLaria (Orange Is the New Black) as Bobo, their favorite customer and hero when the men get gross, highlights the central theme of the film: women empowering and protecting women. The plot takes a backseat to the dialogue, leaving the focus on character development − especially between Lisa and Danyelle. It also lets the actors’ comedic chops shine.