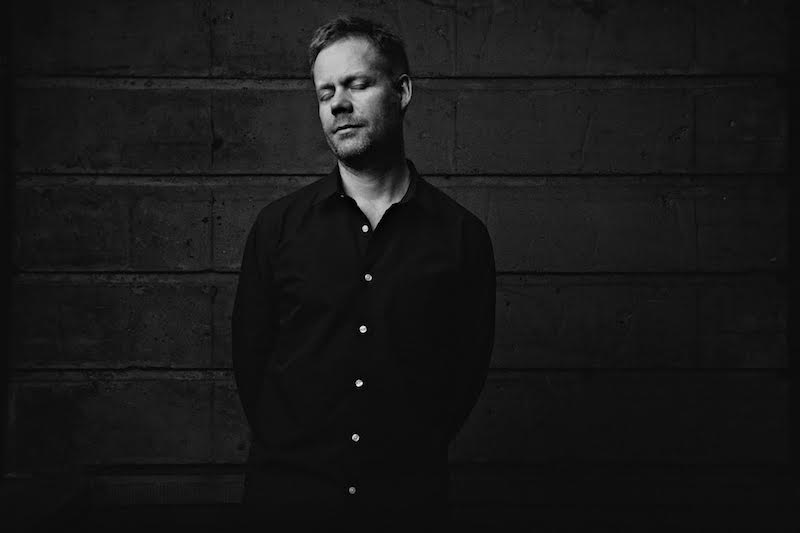 Austin Chronicle: There aren’t many composers that break out of the genre, but you’ve had a wider audience since your first albums in the early Aughts. Why do you think that is?

Max Richter: A first album is always like an autobiography. You put everything you’ve been thinking in your whole life into your first record. Memoryhouse really came out of my own musical biography. I had a very straight-forward classical music education, but at the same time, I was listening to experimental, electronic, rock, and things like that.

I wanted to try to make a musical language that would embrace all of those things. When it was released in 2002, there was basically no reaction at all. It was after the second record, The Blue Notebooks, that people started to listen.

AC: When scoring for film, how important is it to be in the background? Is it tough not to make music that’s noticed?

MR: Scoring for film is a bit like solving a puzzle. Sometimes you want the music to be just an atmosphere where you don't really notice it. Other times, the music can step forward and drive a scene or make time pass. It’s a really interesting process and you need a very high technical skill level. Film scoring is a bit like going to composing gym. You need to get your chops in good shape to do it well.

“I wanted to create a piece that functions like a psychological holiday from the 24/7 data blizzard. It’s like a big pause button, a roadblock in the information superhighway.”

AC: What’s a film score that would be a good entry point for your music?

MR: Probably The Leftovers. It’s an amazing show. Aside from that, my first score, Waltz With Bashir, an animated documentary from Israel.

AC: Let’s talk about sleep, and Sleep. You seem like a busy guy. How many hours do you get a night?

MR: That was one of the starting points for this project. We’re chronically sleep deprived as a culture. We’re constantly on. I wanted to create a piece that functions like a psychological holiday from the 24/7 data blizzard. It’s like a big pause button, a roadblock in the information superhighway.

AC: What size bed do you have?

MR: A really big bed! Whatever the super-king size is.

AC: Sleep isn’t as drone-y as some people might expect. How did you conceive the piece?

MR: There’s different ways to approach music for sleeping. Things like white noise are functional, like a lullaby. This is more like an inquiry, a question about how music and sleep fit together.

AC: How have people responded?

MR: You get hardcore folks who turn up at midnight, go to sleep, and wake up at dawn. Or they sit there all night listening. Most people do both. They walk around, wake up, snore. It’s a bit egalitarian.

I think of it as an invitation to go on a journey, to reflect and think about the big stuff, which we don't get a chance to do much these days. We’re so busy and everyone is so saturated with information that it’s incredibly satisfying to stop and listen.

AC: Do you have any other extended compositions in the works?

MR: One of the reasons I wanted to make Sleep was a dissatisfaction with the limitations of music performance. Live music performances are very ritualized. You go to a certain place, the band or orchestra comes on, they play, everyone behaves in a certain way, there are rules. I wanted to create a piece that was more open, more environmental, I think of it as more of a gallery work or installation.

AC: Are you exhausted by the end?

MR: Yes, it really is a marathon. I’m not onstage for the whole eight hours. I get two short breaks. But it’s more than seven-and-a-half hours of playing. When I sit down at the piano at the beginning of the night, I've got 200-something pages of piano music to play through. It’s a lot! You have to get into the zone, the right food, and drink. It is like sports, an extreme sport.

AC: How do you prepare?

MR: We do an overnight rehearsal the night before so that we're completely trashed and we sleep all day, then midnight is our morning. When I get on the stage at midnight, I’ll have only been awake for an hour and am having my first cup of coffee.

AC: On the opposite side of the movement spectrum, you’ve composed for ballet. How is that different?

MR: I think all these things are storytelling languages. Concert music, Sleep, ballet, film, they’re all stories about human life and human feeling. The ballet is about emotions being made explicit. I approach it really similarly and follow music where it wants to go, and look for things that feel inevitable. The ballet is a brilliant form. I don’t speak movement or dance. I see it as a beautiful abstract thing.

AC: What are you listening to lately that you’re excited about?

MR: Today I’ve been listening to this band I missed when it happened, Aksak Maboul. They’re a Belgian electronica act from the Seventies. They’re really creative and fun and playful and weird. They’re electronic, instrumental, show tunes. It’s all in there. It’s a strange collage that I really enjoy.

AC: There have been remixes of your work by dance music artists. Are there connections between the forms?

MR: I love dance music. The connection to dance music is an idea of pattern. If you go back to the minimalists in the Sixties, they made repetition and pattern central to what music was. Even going back to my Vivaldi project, that’s really pattern music. That’s the connection. There’s a grid and evolving patterns.

AC: How did a band like Kraftwerk influence your music?

MR: When I first heard “Autobahn” in my early teens, it was like being struck by lightning. I’ve never heard the components of sound deconstructed in that way. The way the filter opens on the bassline at the beginning, I’d never heard sound that way.

What I took from Kraftwerk was first of all their extraordinary technical brilliance. It's that sort of German engineering. Also, that sound can have personalities.

If you listen to their album Computer World, you know those sounds have been tooled to connect to one another in a very particular way. They’re built from simple elements and converse together in a way that can only be done if you build the sounds from nothing.

“I think of Sleep as a political piece. It’s critical of the neo-liberal idea of what people are.”

AC: What tools from the world of electronic music do you use when composing?

MR: My process is really hybrid-y in that I write at the piano, or on a piece of paper, or on a tape machine, or a computer. I basically use any tools that seem appropriate. I have a huge collection of synthesizers and modulars and stuff. I love all that.

There’s ways of generating unique colors that no one has ever heard before. The studio is a laboratory, a place where you invent stuff. That’s one of the really satisfying things about making music. You’re constantly moving into an unknown space.

AC: You’ve said piano was your first language. What was your second?

AC: Some of your music is political. Do you have any works planned that address today’s political state?

MR: I think of Sleep as a political piece. It’s critical of the neo-liberal idea of what people are. In that model, they’re objects that produce and consume. I don’t really like that view of people. I think there’s more rich and creative and wondrous effects to human beings. It’s a very reductive, late empire view.

AC: But nothing in the works about Trump?

MR: I’m sure millions of composers are working on that. There’s probably gonna be an opera.

AC: Other art forms are struggling with problems of diversity. Do you see that in your field?

MR: Actually, I do. The whole history of western art music has been extraordinarily male for hundreds of years. If someone says the word composer to you, you think of a guy, definitely a guy. Then a dead guy, then a dead white guy. That’s the archetype.

The reality is that there are huge numbers of talented people making music from outside that cliche, but it’s tough for them to cut through because of the gatekeepers and power structures. My wife and I are curating a weekend takeover at the Barbican in London called Sound and Vision, where we programmed 18 concerts and films. It was interesting trying to find artists outside that male group that could cut through.

There are many, but not anything near enough.

AC: Lastly, is there anything you think people might not understand about your music?

MR: I think everyone understands creative work in their own way. If you meet a piece, the interesting thing is it’s really the collision between that work and your biography. How that lights your brain up is unique.

That’s what’s so exciting about creativity. It’s a unique conversation each time.