“This is the best shit of the whole South By!”

On a stacked SXSW Saturday night billed as the Roots & Friends, a seemingly endless array of artists graced the stage of a 450-capacity shotgun venue. This meant that for every one ecstatic fan that made it into the Bud Light-sponsored revue, another five were left on the outside looking in, many of whom had waited in line for hours.

If the goal was to manufacture a sense of exclusivity, mission accomplished.

Those lucky enough to be in the building were treated to an epic tour de force, with hip-hop’s best live band holding court for nearly four hours. They backed a parade of all-star guests, but the Roots don’t exactly need help. The Philly juggernaut has been one of the most consistent forces in music over the past quarter-century, dropping 11 studio albums in 24 years before morphing into America’s house band on Late Night With Jimmy Fallon.

Quietly consistent for so long, Black Thought remains one of the illest MCs of all-time. 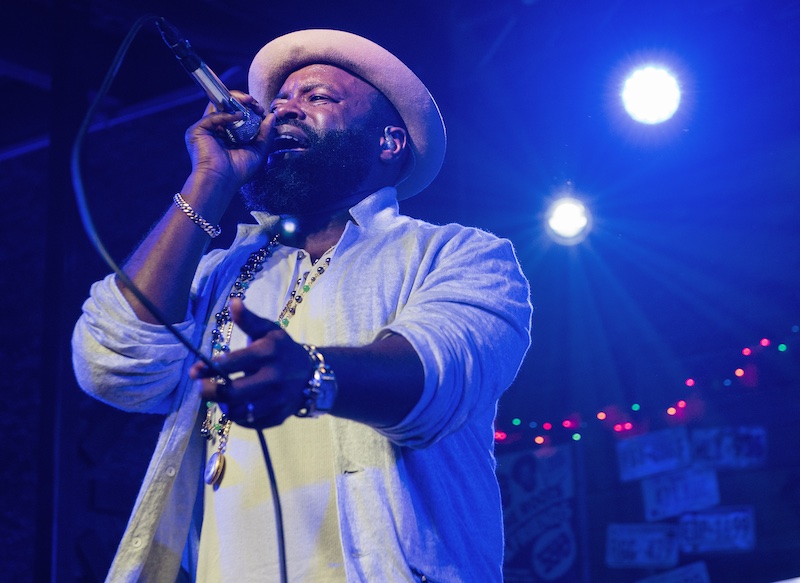 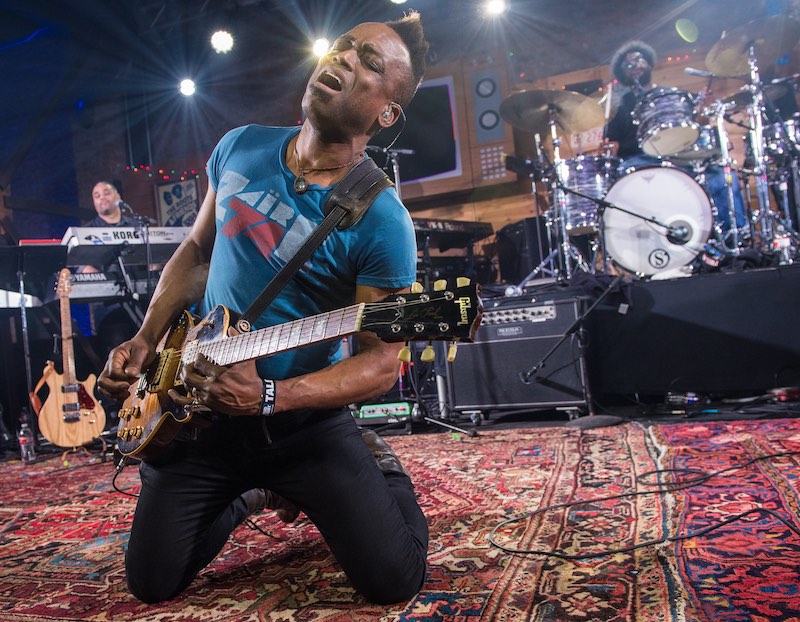 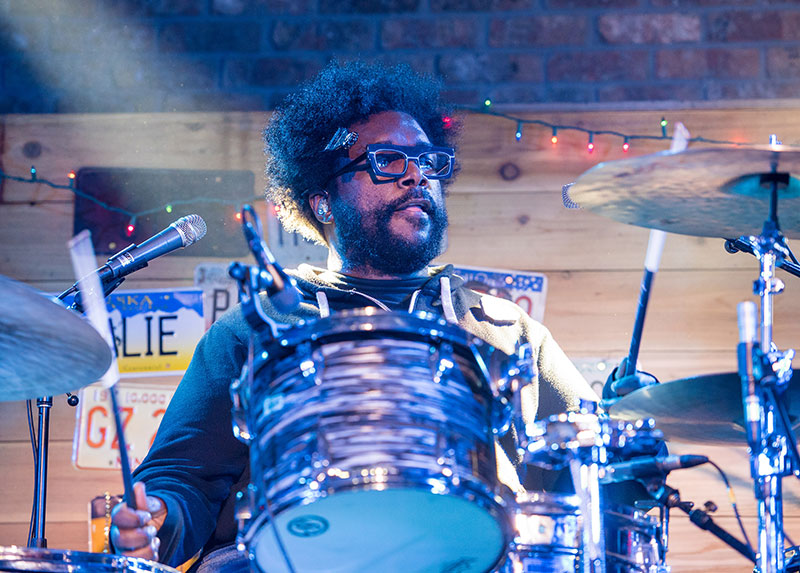 Throughout the night, the band dropped highlights from Illadelph Halflife (“Section”) and Things Fall Apart (“Act Too [Love of My Life]” “You Got Me”), freaked the heavy funk of Bobby Byrd’s “I Know You Got Soul,” and paid tribute to Chuck Berry – who died earlier in the day – with a rocking cover of “Johnny B Goode” that ended with a face-melting psychedelic solo from guitarist Captain Kirk Douglas. Questlove backboned all of it, keeping time on an elevated drum kit at the back of the stage, his iconic Afro its highest point.

The billing promised performances from Jidenna, Shakey Graves, Redman and Method Man, but that only proved the tip of the iceberg. The first surprise came from Rae Sremmurd. The young Mississippi brothers bigged up bad bitches on “No Type” and declared themselves the “Black Beatles.” A mash-up of the Roots’ “Stay Cool” and De La Soul’s “Ego Trippin’ (Part Two)” found Black Thought trading verses with the suddenly materialized Maseo and Posdnuos, followed by “The Bizness,” an early hint as to how bonkers this night would get. 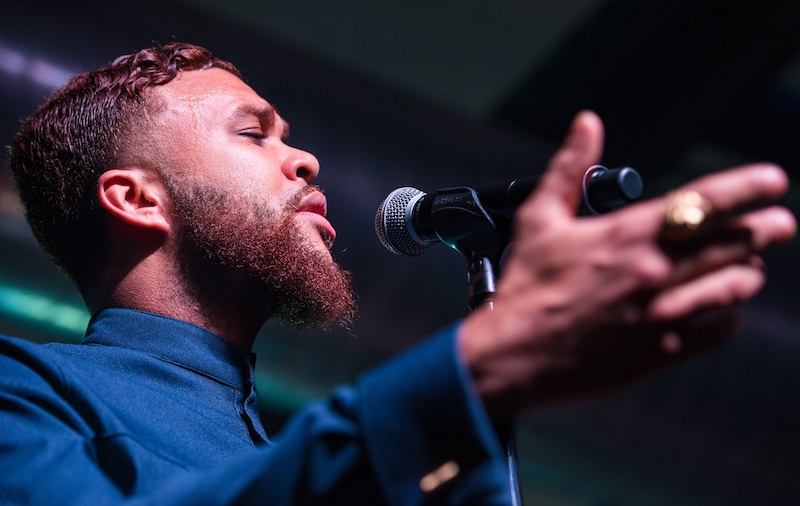 Dandy Janelle Monae protégé and festival breakout Jidenna is a next-level showman. Sporting a sleek, two-piece Nigerian suit, the “Classic Man” cruised through his swanky smash hit, dropped whip-smart bars on “Long Live the Chief,” and crooned on the regret-filled neo-doo-wop of “Bambi.”

“It’s a dream for me to be onstage with the gentlemen behind me right here,” he gushed. “This is one of the greatest nights of my life, easily.” 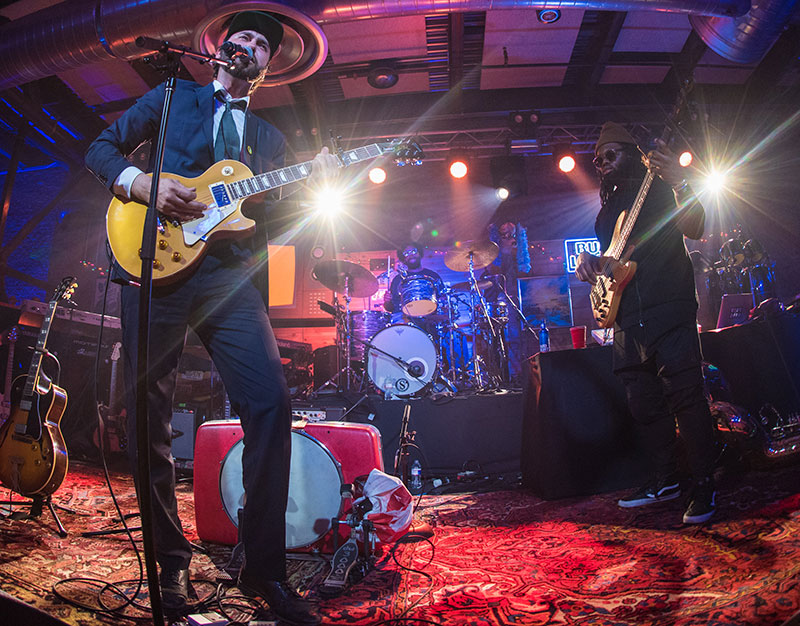 “I’m so confused right now,” he marveled. “Is this a dream?”

While it made for a bit of an abrupt transition to Atlanta trap titan T.I., the inclusion of local talent offered a welcome touch and led to an utterance heretofore never spoken: “Y’all ready for a country-themed waltz with the Roots?” 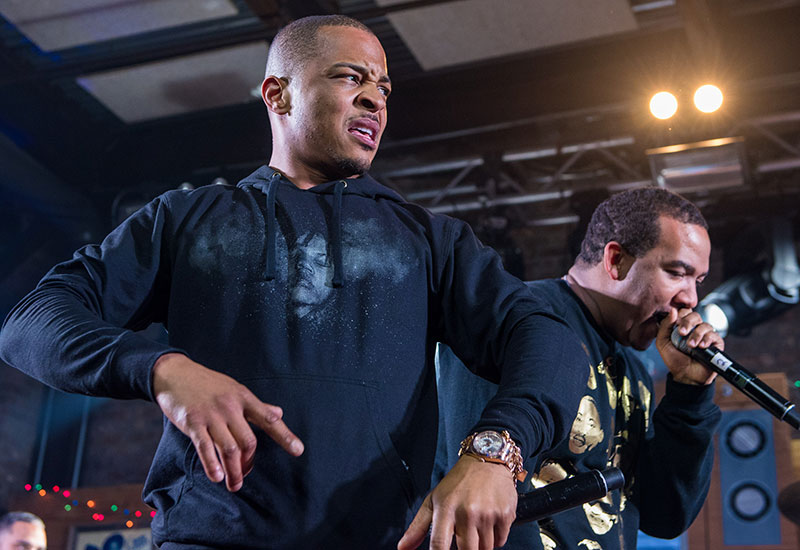 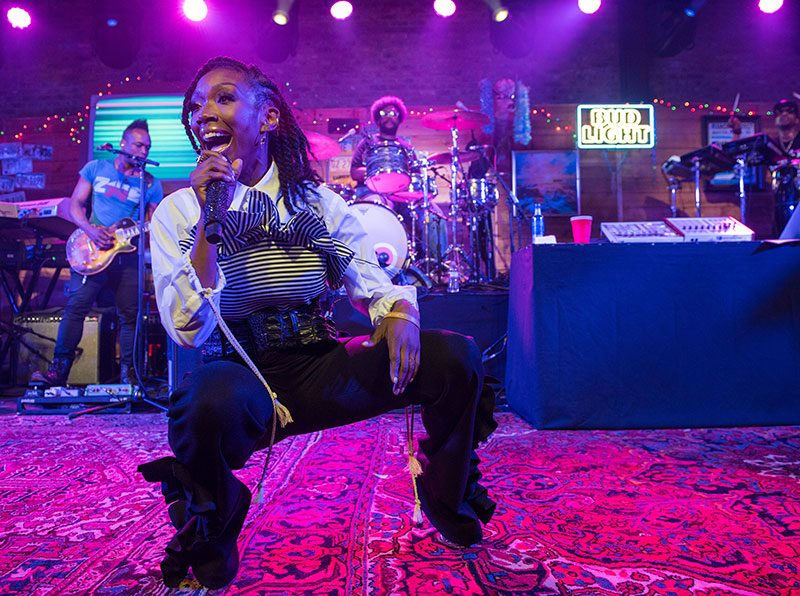 When king of the South T.I. bounded onstage to Bankhead bangers “About That” and “Bring Em Out” – crunk anthems perfectly suited for a 10-piece horn-laden big band – the room shook. That set the scene for the biggest surprise of the night, a five-song set from R&B megastar Brandy, who took it back to the Nineties with “Top of the World” and “The Boy Is Mine.” After beaming through 1992 hit “I Wanna Be Down,” the diva genuinely looked to be having the time of her life.

“I haven’t done that for a long time,” she quipped. 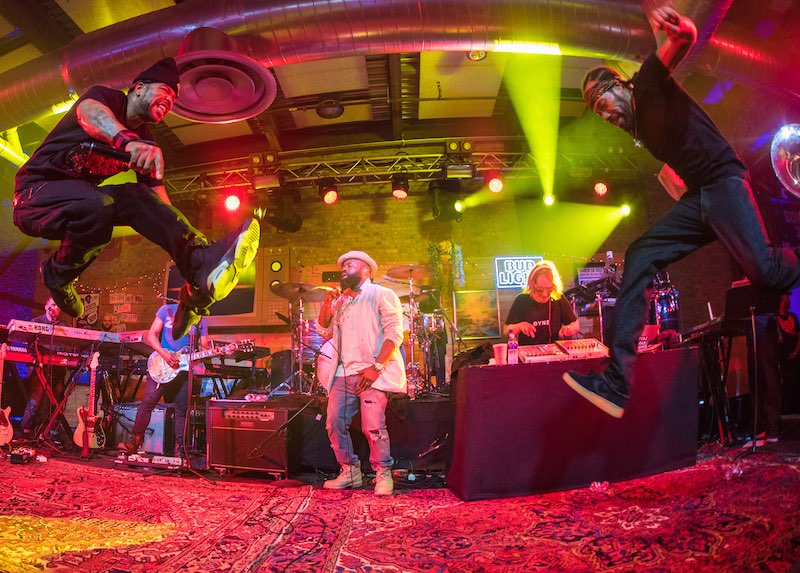 The set closed with blunted besties Method Man and Redman trading bars and bouncing all over the stage. They ripped through “How High,” “Da Rockwilder,” and “Method Man” like hits from a bong. When Black Thought jumped on “4,3,2,1,” it was a Nineties hip-hop head’s wet dream.

“Thank y’all for coming out to the second annual Roots jam,” Black Thought closed, indicating this wouldn’t be the last. “This is the best shit of the whole South By!”