After too many decades to count, I’m retiring from writing at the end of this month, so this topic seemed personally timely. In the end, the panel – moderator Jason Gross from Perfect Sound Forever along with Rachel Brodsky of Paste, Greg Kot of The Chicago Tribune, and current Austinite Chuck Eddy, ex-Village Voice – never answered its own question. 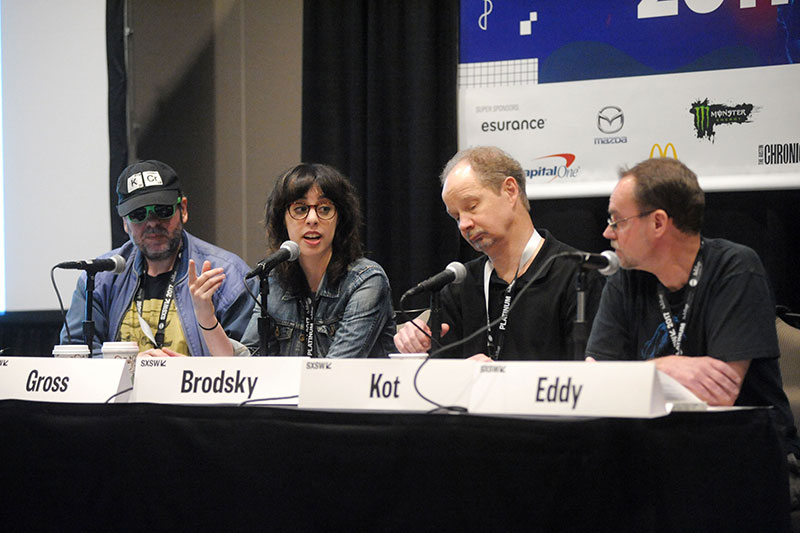 Nor did it matter that Gross, through use of a Powerpoint presentation, ever so slightly nudged the focus of the Thursday gathering at the Marriott, titling it instead Who Needs Music Scribes? Ultimately, the problem was no one on the panel demonstrated any interest in either question.

Eddy, particularly egregious throughout, started off by saying he disliked the term "journalist" as it pertained to music. He prefers to be called a “music writer,” if he has a choice. It went downhill from there.

The group reached for all the current touchstones on the topic. That included the rise of the internet and music blogs, and the idea that anyone with a computer and the desire to write about music can do it from their basement and draw an audience. Why are they always in the basement?

Kot said being a reporter at a daily newspaper made him a better writer. Of course, in these days of slimmed-down newsrooms, several major daily newspapers don’t even have a music critic on staff. The need for eyeballs on websites, the lack of attention to print as an alternative to “content creation,” and a focus on marketing instead of quality also came into play.

Brodsky, the youngest and perhaps the least jaded of the quartet, stated that telling musicians’ stories in an interesting way still attracts an audience. Kot pointed to his interaction with students interested in his work as a reason for optimism. Eddy claimed the future of music journalism was fiction. 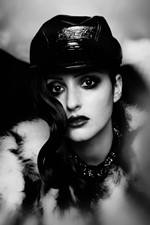 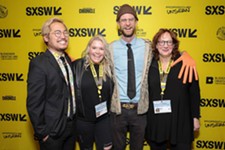