Anything can happen in Willie World!

The Luck Reunion attracts such an impressive gathering at SXSW that it’s grown into an Americana brand. Now hosting events in Nashville as well, the flagship micro festival on Willie Nelson’s ranch in Spicewood just west of Austin expanded its legend in its sixth year. “This is my favorite fucking hang of the year!” exclaimed Elle King on Thursday. 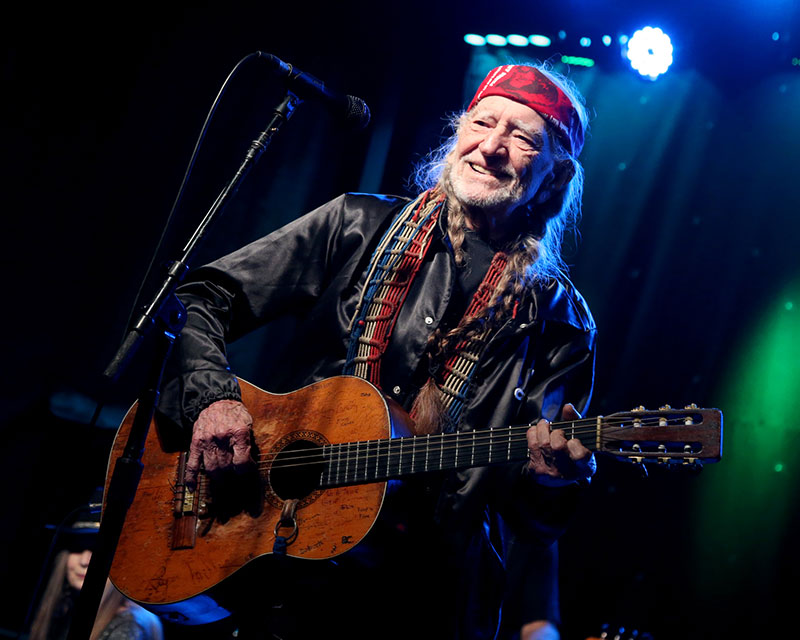 That sentiment was echoed by nearly every artist, and fan, whether returning or experiencing the magic of Nelson’s intimate movie-prop town for the first time.

The ominous morning clouds threatened a repeat of last year’s partial rain out, but the early afternoon sets glistened with emerging talent. Nashville’s Devon Gilfillian fired soulful blues from the main stage, while Frankie Lee set up solo to wind his high-pitched ballads in the tiny chapel. 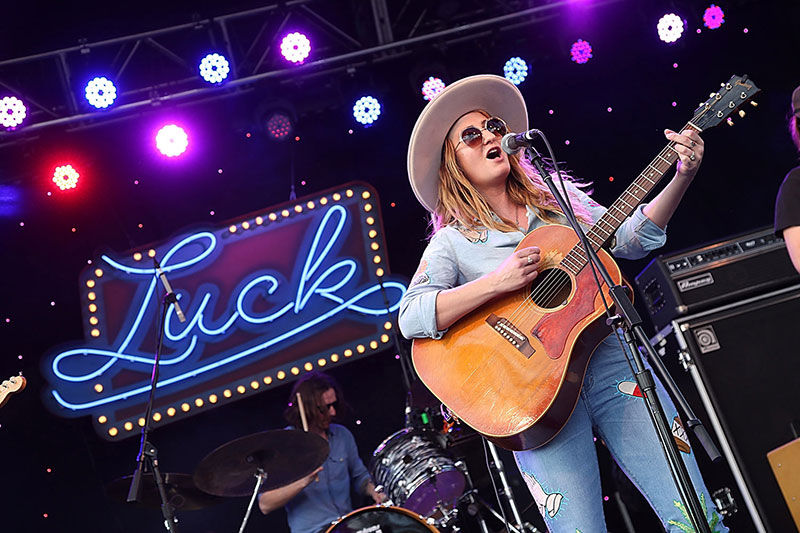 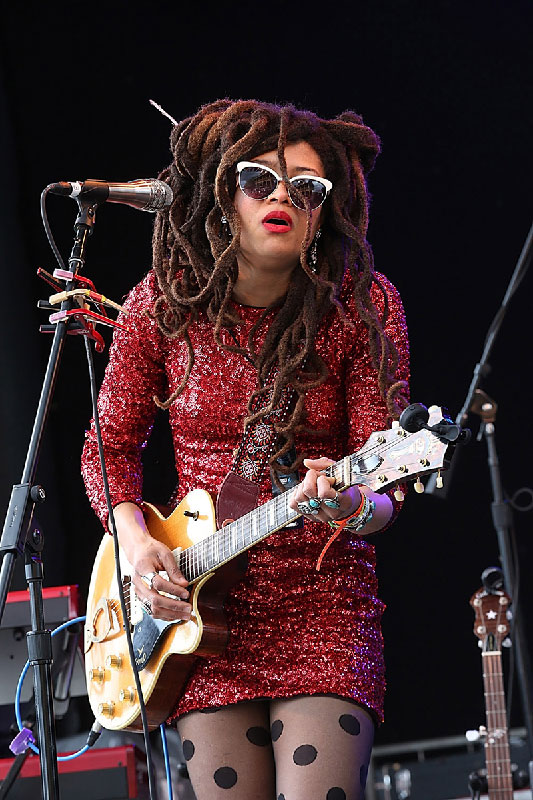 Valerie June, who stunned the chapel as an unknown songwriter in 2013, took the main stage to offer “Astral Plane” prayers and cosmic hillbilly blues from new LP The Order of Time, including a mesmerizing a cappella “Uncloudy Day” as tears lined her cheeks. Followed by new country queen Margo Price, the two made a powerful pairing. Amid her hard twanged set, Price unloaded a setting-appropriate take on Commander Cody’s “Down to Seeds and Stems Again.”

Unannounced surprises abounded from artists who had gathered to be a part of the day, from the Mastersons setting up acoustic and unamplified in the barn, followed by Sara Watkins and David Garza, to special guest Nicole Atkins joining Brent Cobb onstage, who proved he’s setting a new bar for Nashville songwriting. Breakout performance came courtesy of the Wild Reeds, whose female harmonies stirred like First Aid Kit but with more bite and guitar power. 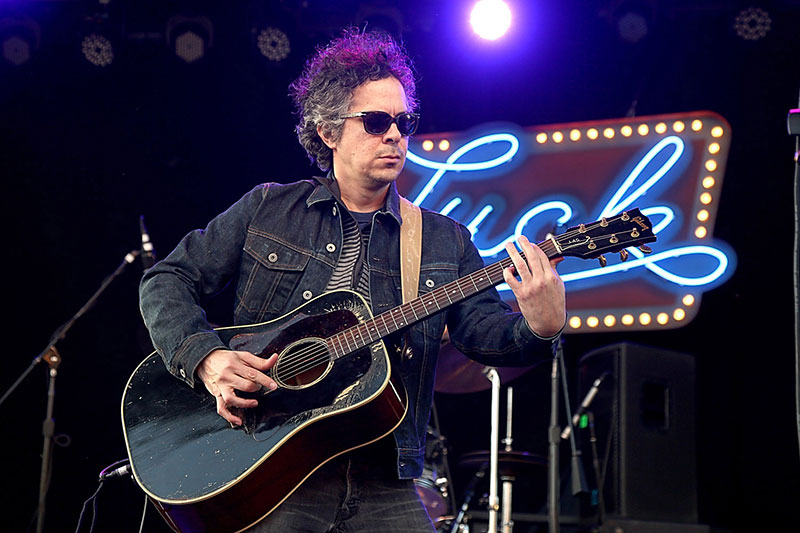 Conor Oberst, M. Ward, and the Felice Brothers traded through songs together on the big stage to set up the evening in rolling roadshow fashion, though Oberst’s bitter balladry felt out of place. Parker Millsap fared better in firing up the tent stage as intro to Elle King, while Langhorne Slim went solo in the chapel. 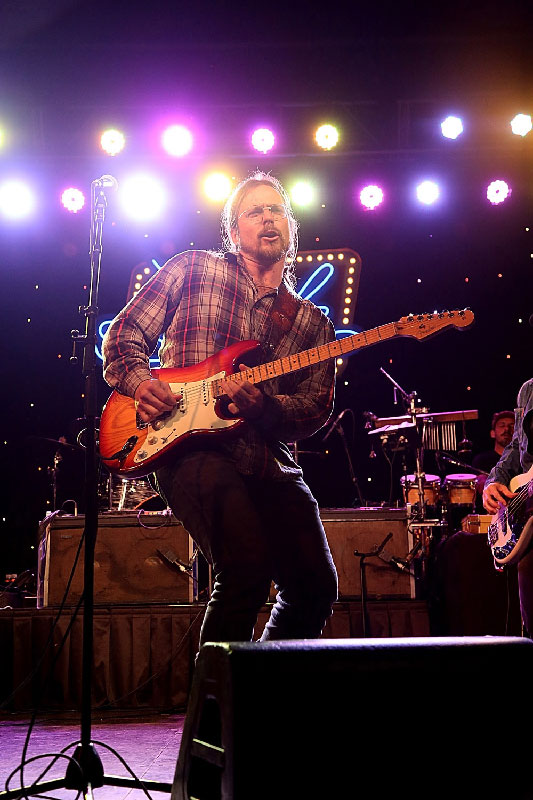 The night’s close rightly belonged to Willie Nelson and various family outfits, from Insects vs Robots opening jam band to Lukas Nelson leading the rapidly rising Promise of the Real. Beginning solo, Lukas debuted “Just Outside of Austin,” which flowed with an easy cosmic cowboy melody, before his dad joined in for a quick run through of hits and the new song “Still Not Dead” from upcoming LP God’s Problem Child.

The unexpected highlight of the set occurred when Billy Joe Shaver and Charlie Sexton appeared to serenade the day’s host with “Willy the Wandering Gypsy and Me.” Anything can happen when you’re in Luck. 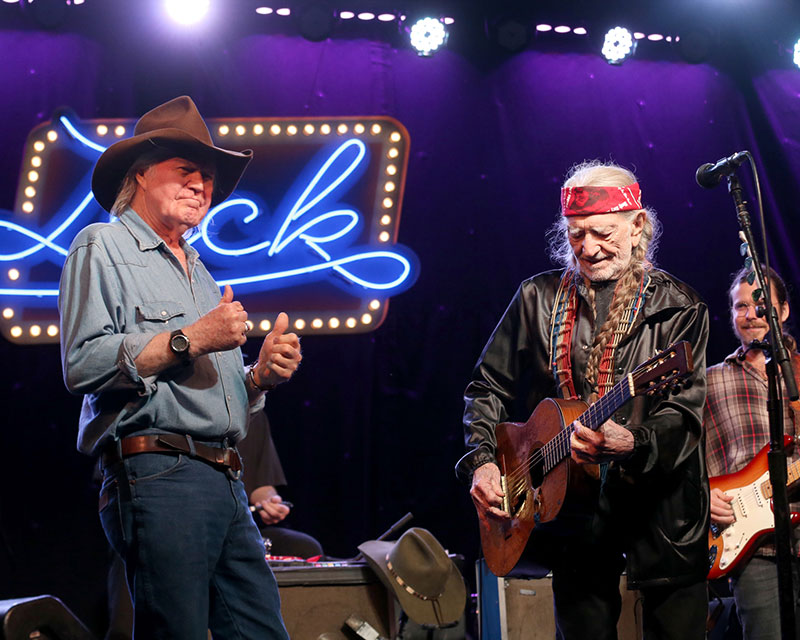