Where’s Russell Simmons when you need him? 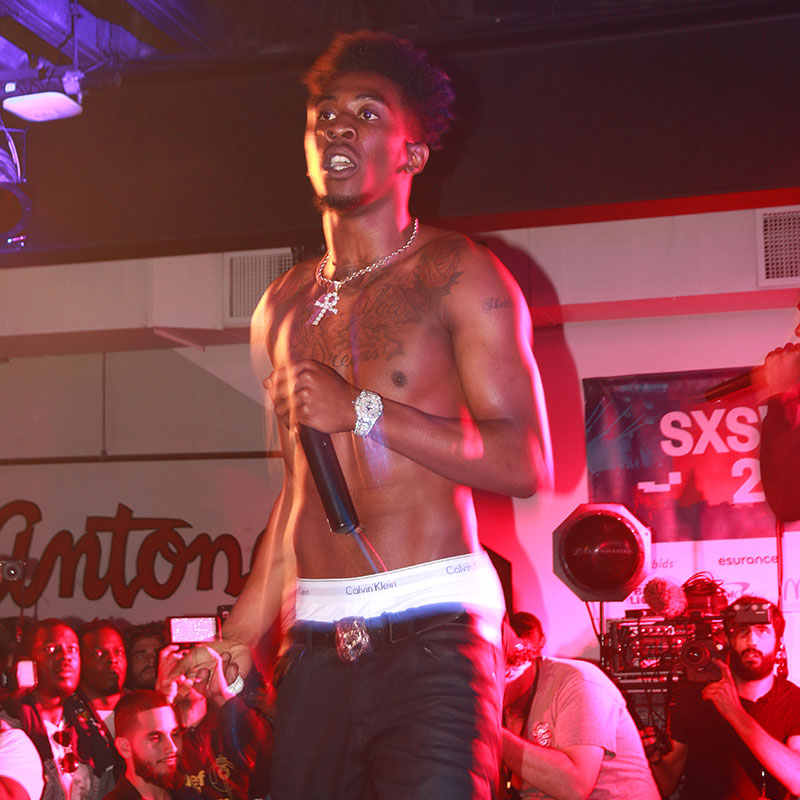 Consider the event an unfortunate case study, its lesson being that industry showcases rarely create any ambience for rap shows.

Leading off was Rhode Island alt-R&B duo AOE (Ambassadors of Earth), who set the stage with credible sleeper single “Gone,” a left-leaning ethereal affair. Jacksonville’s Trap Beckham (Travis Cave) attempted to start up a trap dance party with his “Birthday Girl,” but to no avail.

Things got interesting with tomboyish R&B vocalist/rapper 070 Shake, an intriguing prospect from New Jersey who initially came off like a mysterious clone of Syd from L.A. act The Internet gone rogue. That’s right up until you hear her vocal heft on the soaring “Accusations.” Unfortunately, for trap soul vocalist Amir Obè, his moody bedroom R&B tunes did come off as doppelgänger fare, mirroring Bryson Tiller of “Don’t” fame.

Then, right when the showcase arced upward, teed up for the next act, there’s nothing. Listless, and hearing about competing Lil Wayne and Rick Ross shows, the pent-up energy dispersed along with the crowd.

At this point, over an hour passed before helium-pumped Brooklyn trap rapper Desiigner (Sidney Selby III) appeared, to basically create a shameful, celebratory photo op for his 10 million sales plaque via smash hit single “Panda,” which he did not perform. Nor did he perform “Timmy Turner.”

Spanish Harlem rapper Dave East (David Brewster) appeared and soldiered through his short set, but the venue was pronounced dead at 12:30am. Lights came on and the “special guests,” Compton star YG and the effervescent 2 Chainz, never played.