DJ, producer, and rapper Warren G is the central character of G-Funk, a SXSW documentary about the era of Nineties West Coast hip-hop that married gangsta rap with syrupy, synth-laden funk samples from the likes of Parliament-Funkadelic. While the film looks promising, its panel on Wednesday afternoon felt like a missed opportunity. 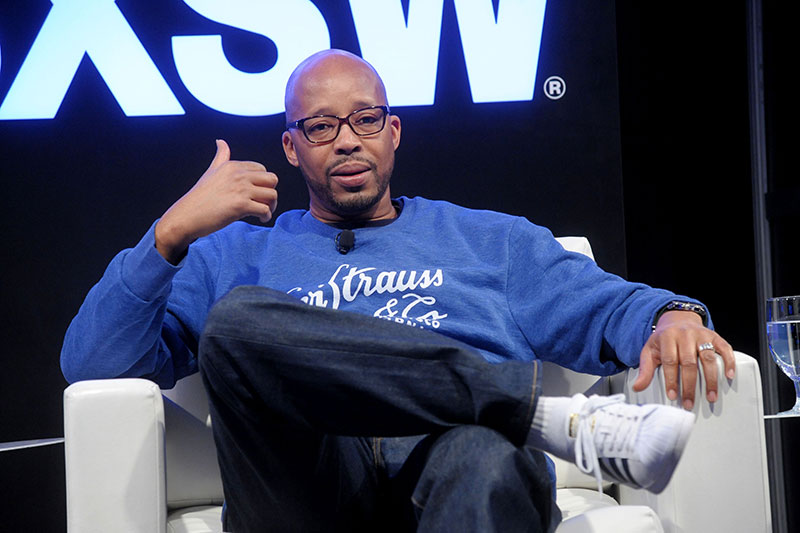 A trio of film producers offered little in the way of background, scene-setting, context, or depth, and threw open the Q&A after roughly 12 minutes of discussion, which mostly consisted of telling the audience to go see the movie. The gathering found salvation in the subject himself, because Warren is, well, a G.

Wearing a sweatshirt, jeans, and white Adidas shelltops, he proved every bit as cool and laid-back as his signature sing-song flow.

“I like to barbecue a lot,” he mused in response to an audience question. “And when I barbecue, I put on a lot of jazz and smooth music to help me with my cookin’. ’Cause when the music is right, that means you cookin’ right and the food comes out right.”

Coincidentally, the panel occurred six years to the day of Nate Dogg’s death, a fact brought up by an audience member, not the panel. The one-two punch of Warren and Nate Dogg made “Regulate” a massive hit in 1994 and that pair teamed with Snoop Dogg in the pioneering 213 clique.

“It’s rough, ’cause that was one of my dogs. He was a brother,” Warren offered. “I don’t get sad about it. I keep him alive, that’s part of my show. He wouldn’t want me sittin’ up here on some sentimental shit.

“I know Nate, he’d be like, ‘Nigga, blaze that shit up and get it crackin’.’ We’ve always been like that, and we’re gonna do it ’til the casket drops, period.”

Later, an Army vet shared that his unit routinely played “Regulate” en route to combat missions in Iraq. That’s one way to know you’ve got a hit on your hands. Warren realized it when he received his first royalty check. Credit, in part, his label clearing the Doobie Brothers sample that sets the sonic backdrop for “Regulate.”

“[Michael McDonald] was cool with it ’cause he got paid twice,” said G.

They weren’t always so lucky.

“Can you imagine? That motherfucker was, whoooooooo! I’ve still got it deep down in the archives somewhere, but Prince didn’t okay it.”

Karam Gill, who linked up with Warren G at age 20 and is making his directorial debut on G-Funk, summed up the phenomenon his film explores.

“It’s the backbone of all big pop songs today,” he said. “Rappers were never singing on songs before Nate Dogg. Think about Drake and all those guys. They’re all singing on songs and that’s a byproduct of G-funk.”