Two nights down, one to go

Much, much easier getting into the Main on Wednesday night for the second of Spoon’s three nights celebrating their new Matador Records release Hot Thoughts. The crowd was sparse as Austin’s Quin Galavis took the stage shrouded in dry ice and angry red lighting. 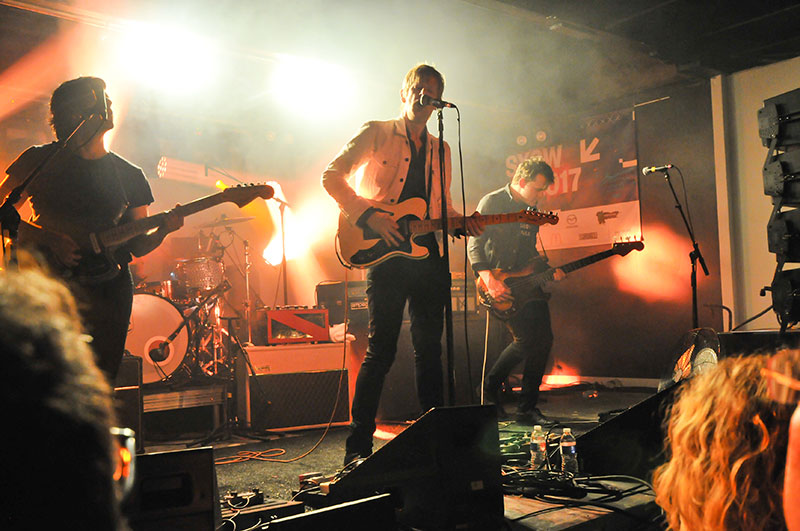 This was hardly reflective of the quality of what Galavis and his three bandmates unleashed: Pummeling motorik beats, driving basslines, and minimalist counterpoint guitars occasionally going harsh and piercing. On top, Galavis shredded his nerves bare. He’s clearly the best pupil Joy Division has in Austin, praise be.

Indie trio Outer Spaces blew in from Baltimore with a Ray Manzarek type behind an electric piano, his left hand locking in so squarely with the drums that having a bassist would’ve been superfluous. Next, local Nineties Spoon contemporaries Cotton Mather resurfaced after months in the studio, still sounding like Elvis Costello fronting a vintage Merseybeat combo, and unleashed that day’s new LP, Wild Kingdom, which split the set with last fall's Death of the Cool.

Spoon began their set exactly as the first night, with the hormonal funk of the new LP’s title track and They Want My Soul’s “Inside Out.” Then they unleashed 2005 breakthrough hit “I Turn My Camera On” and turned the joint upside down. They dug a little less deep into the crates last night, crowd-pleasing with singles like “Rent I Pay.”

Spoon’s twin playfulness and angst remain sharp. Britt Daniel’s efficacy as frontman includes the smallest of gestures, be it ruffling his hair, or hunching down awhile then jack-knifing fully erect. His leadership of this three-night stand – concluding Thursday – has surprised at every turn.