On her new album Raw, Pegi Young runs through all the stages of grief she’s faced following the breakup of her 36-year marriage to Ol’ Shakey, Neil Young. Breakup albums are nothing new, but this one gets to the heart of the matter in a way that’s unusually direct and dripping with venom. 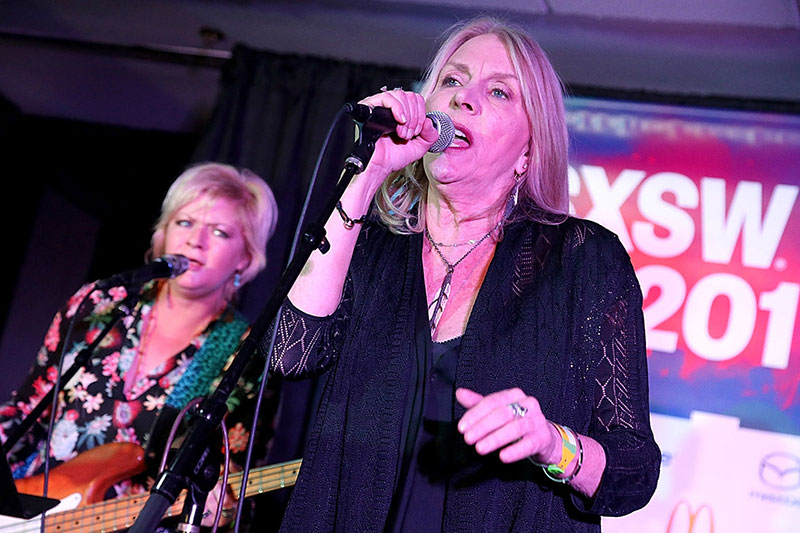 Wednesday night at the Hilton, Young, 64, offered most of the songs from Raw, tempered with a sizzling backing band that included longtime family friend, Muscle Shoals songwriting great, and a co-composer on many of the album’s originals, Spooner Oldham on piano, as well as former Drive-By Truckers member Shonna Tucker on bass and backing vocals. Unlike the LP, Young’s live performance came off amateurish.

She constantly fidgeted with her eyeglasses in reading the lyrics on the music stand in front of her. Meanwhile, only after the set concluded and an audience member inquired where she was from did she in any way engage the crowd, explaining the songs’ origins, and that the band mostly hailed from Alabama.

While the songs addressed serious emotional issues being worked through, Young managed more than a few smiles. She enjoyed herself and the masterful musicians surrounding her, even if songs like the angry blues “Gave My Best to You” and sultry “A Thousand Tears,” as well as covers from Ray Charles, a soulful “Do I Ever Cross Your Mind,” and an almost country take of Randy Vanwarmer’s “Just When I Needed You Most” concerned themselves with overbearing pain.

Raw being her fourth LP, Young’s no amateur. Still, her live show needs some focus if she wants to be taken seriously.