An excoriating critique of white privilege dotted with funny freaks

Isaac Lachmann, the titular Lemon, is the world’s biggest dud: a failed actor with male-pattern baldness and a dissociated blind girlfriend (Judy Greer, perfect). He really has nothing to live for. Why, then, does he insist on making everyone around him miserable by continuing onward? 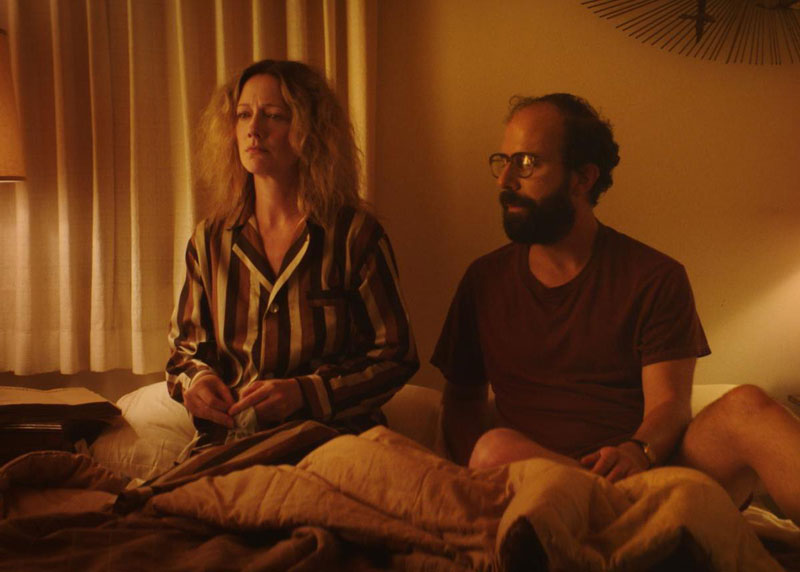 Well, “for the lulz,” of course. In this ingenious feature debut from director Janicza Bravo (who co-wrote the script with her star and partner, Brett Gelman), every micro-tragedy spins into a widening vortex of Dadaist black comedy. Gelman, in his first major feature lead, turns a pair of garish glasses and a Chaplin duck-walk into a disturbing caricature of white entitlement, artistic pretension, and passive aggression. That Bravo assembled a sterling cast of comic support comes as no surprise given the screenplay’s nonstop joke execution; what is surprising, however, is how easily the film makes us laugh at our own foibles.

Lachmann runs a lightly attended class for aspiring performers modeled in part on the Actors Studio, but fails to find gigs where he is not portraying a hepatitis-C victim. Socially handicapped and creepy, he ingratiates himself with his more-successful students (the equally indispensable Michael Cera and Gillian Jacobs) in an attempt to leech talent from them. With Cera in particular, Lachmann is alternately sycophantic and abusive; and Bravo elicits from Cera’s Chekhov-spewing ingrate a performance as compellingly nasty as he was in her wonderful Gregory Go Boom.

Isaac also has a noxious family, whom he abhors: a pregnant, spoiled sister (Shiri Appleby); a bigoted, emotionally abusive brother (Martin Starr, uncharacteristically energized); and depressive Jewish parents, embodied by the great Fred Melamed and Rhea Perlman. In between taxing commercial jobs and bird-sitting his landlord’s rare zebra finches, Lachmann reluctantly dines with the family in an elaborately grotesque set-piece in Lemon’s second act. Scattered throughout the house are artifacts of appropriation, like African masks and a coveted wastepaper basket that becomes a key prop.

In locations like the Lachmann house and the acting studio, Bravo and the hugely talented production designer Grace Alie turn their sets into zones of colonial critique. Not only is Isaac deluded by his post-colonial privilege, mentioning offhandedly that his Jewish sister “has a black son,” but he fetishizes people of color, becoming enamored with Nia Long’s Cleo. When he visits Cleo’s Caribbean family, luminously photographed in a series of colorful tableaux by cinematographer Jason McCormick, Isaac despondently describes being mugged: “by a gang – a Latino gang, not a black gang.”

As with the European-descended elites in Jordan Peele’s Get Out, Lachmann’s liberal white guilt actually pushes him closer to abject racism, and editor Joi McMillon never lets him off the hook by cutting away from his discomfort. Instead, Bravo and Gelman force Lachmann to stand accountable for imperialism writ large. Gelman is so supremely funny in the role, and so disgusting, that we cheer at his intricate misfortunes, which culminate in a bout of psychosomatic diarrhea. Lachmann may be a Lemon, but this cerebral picture is just the opposite.