SXSW Panel: Veep: A Conversation with the Cast and Showrunner

How does a show that outlived its initial concept keep getting laughs?

A surprisingly complete cast – plus showrunner – appeared before a crowded ballroom to drop hints about (and a trailer for) season 6 of HBO’s award-winning and critically-beloved political comedy. 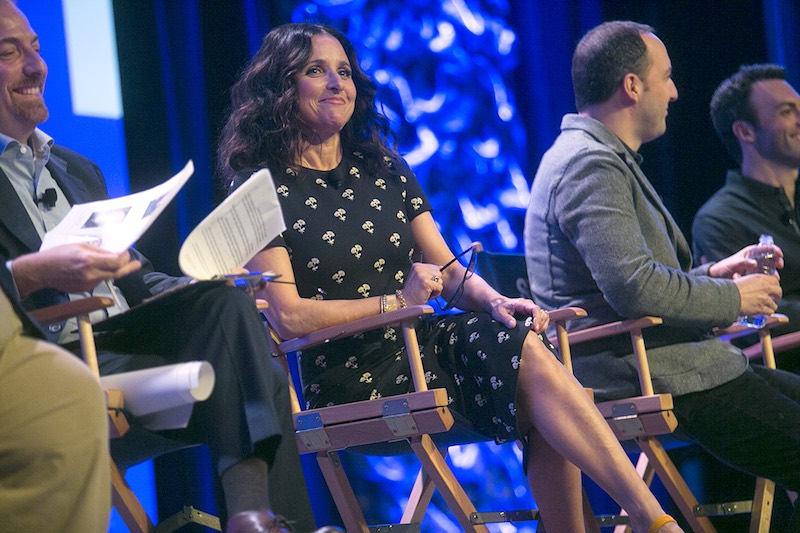 For those out of the loop, Veep began by following Vice President Selina Meyer (Julia Louis-Dreyfus) and her inept staff, but has evolved through Meyer becoming president and now being an ex-president.

Chuck Todd of NBC’s Meet the Press moderated the huge dais: Louis-Dreyfus, Tony Hale, Gary Cole, Matt Walsh, Anna Chlumsky, Reid Scott, Timothy Simons, Sam Richardson, and David Mandel (who took over as showrunner for series creator Armando Iannucci after season 4). Todd was an immediate flop as a moderator, floating flat jokes about “fake news” and “alternative facts” and even talking over the panelists at numerous points, but the panel was so large and full of improvisational brilliance that it didn’t hurt the proceedings one bit.

After dismissing the idea that the Trump presidency would have a large impact on the show’s plotline – the show has always existed in a parallel fictional universe, and the season was written by last June, well before the election’s outcome was anywhere near obvious – the talk turned to how Veep would resolve its season 5 denouement of Selina Meyer leaving the White House and her staff scattering to the winds. 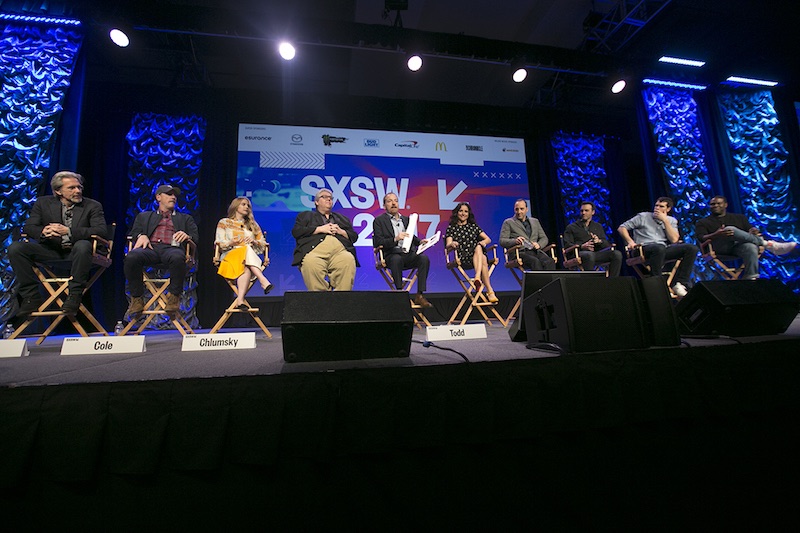 The cast was understandably reluctant to answer in much detail, but there were tantalizing hints, and all the members agreed the writers did a good job of exploring the territory of ex-presidency. “There’s an incredible world to what ex-presidents do,” said Mandel. “More than Trump, keep your eyes on what Obama’s doing for hints about the next season. When you see him sign his book deal, don’t be surprised if Selena signs a book deal, although not for quite as much money.”

“Yes, since she’s not president anymore, I get a lot more of her to myself,” said Hale, playing off his character’s near-creepy obsession with Meyer, much to the delight of the attendees.

Todd asked if they had met their real-life Washington, D.C., counterparts, which set the cast abuzz. Apparently, everyone in Washington approaches them and tells them which character they are in their office. “They’re always wrong,” said Louis-Dreyfus.

“Yeah, nobody says they’re Jonah,” said Simons, referencing the odious character he plays on the show. “Everyone says they’re Dan Egan, but you know most of them are really Jonahs.”

At that point, Scott (who plays Dan Egan) and Simons roleplayed meeting the supposed real person whom the character of Egan was based on. Both slipped easily into the arrogant and combative patois of the show as they reenacted an outlandish brand of D.C. asshole. 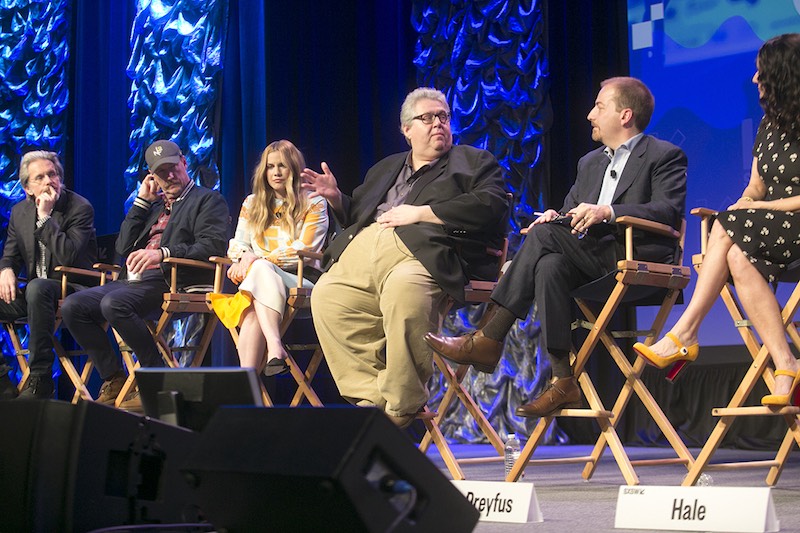 But the funniest moment of the panel came when the cast started discussing the perilous and surprisingly smooth transition of showrunners between seasons 4 and 5, a change of leadership that few comedies survive, much less continue to win awards after. Louis-Dreyfus was describing the interview process and her complete faith in Mandel – the two had worked together on Seinfeld – when Simons interrupted. “Sam [Richardson] and I also scheduled an interview, but he did not show up for us.”

As a treat, all the attendees were given a limited edition poster for the new season of the show, and the ballroom obtained the completely appropriate vibe of a low-rent haphazard political rally, badge-holders shuffling out as volunteers desperately waved poster tubes in their faces, leading to several comical drops and tubes rolling around on the ground beneath everyone’s feet. No matter how successful and well-executed the show is, it still has the spirit of destined-to-fumble Meyer at its heart.

Veep: A Conversation with the Cast and Showrunner