Doc excavates the creative mind of the eccentric artist

The surreal David Lynch must create. Obsessively, compulsively the wheels are turning, the creatures howling from inside. 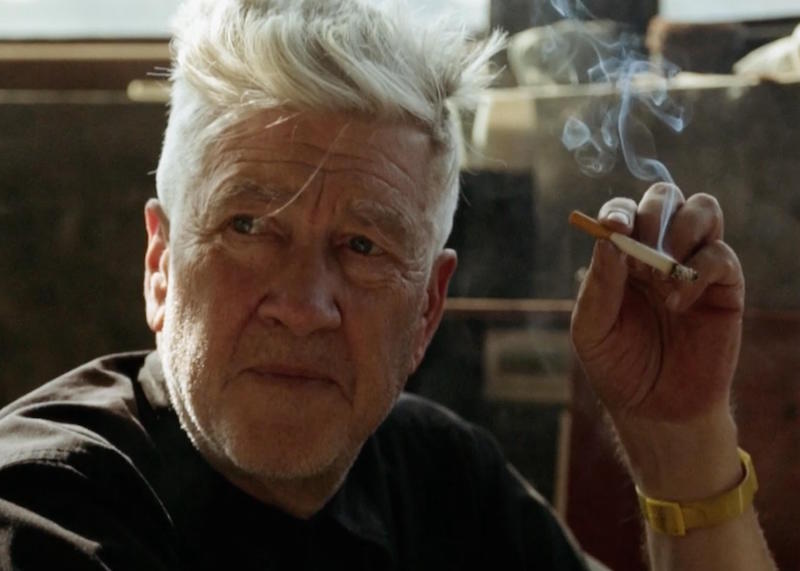 That's the not-too-unexpected takeaway from Jon Nguyen's documentary David Lynch – The Art Life, which includes nary a mention of Blue Velvet or Twin Peaks (there's a tacit expectation that we are already schooled in Lynch's oeuvre). Instead, Lynch paints. He stretches goop into intestine-like shapes, wipes away a watery darkness to create ghosts. Often, he sits silently alone smoking cigarettes.

While he paints, we hear the stories of a mostly happy childhood interrupted by frequent moves necessitated by his research scientist father's government reassignments. Those Lynchian twirlings of the bland and macabre emerge in scattered youthful memories: the naked, bloodied woman who suddenly materialized from a house; another odd neighbor who stalked the backyard bawking like a chicken; childhood joy when plopped in a mud puddle with a friend and reveling in texture and life.

Yes, Lynch had a mild form of teenage rebellion when he briefly hung with the wrong crowd, smoked pot for the first time, and parked his car in the middle lane of a freeway. But quickly he was breaking his curfew instead to paint late into the night in a space provided by his early mentor Bushnell Keeler.

We get the story of how Lynch the artist-in-training became Lynch the filmmaker. How a young father about to be tied to the 9-to-5 world got a lucky break that instead propelled him forward into a larger art life. How film was never anything but a way to animate his paintings.

The doc ends briefly on the set of Eraserhead, that fantastically strange film that baffled the very world that birthed Lynch. The Art Life leaves the viewer ready to revisit Lynch's iconic works from a new angle after its quietly fascinating keyhole view into the creative mind.