SXSW Panel: The Future of Policing

Not to cast any aspersions here, but I’d swear that at least two of the people in this country responsible for implementing the future and the present of policing – and especially police/community interaction – I’d swear they miss our former POTUS as much as the rest of us sane people do. 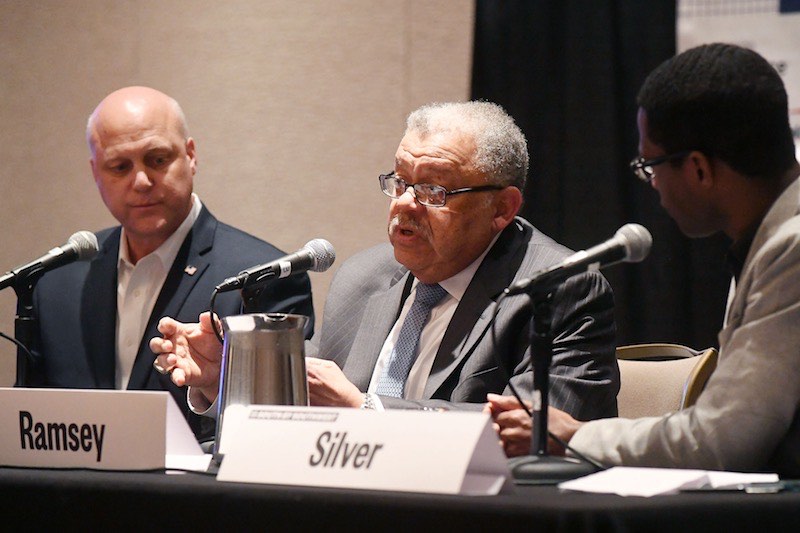 Silver’s deft questioning led the officials to wax informative on methods toward reconciling the problems between police and the communities under their jurisdiction, about the way racial prejudice and anti-authoritarian bias figure into the contentious mix, about how the militarization of urban police forces can be deleterious in some aspects but necessary in others. There was talk of body cams and the potential use or misuse, months or years down the road, of the data thereby recorded. Drones were invoked.

Of paramount importance in the future of policing, Ramsey and Landrieu agree, is 1) making sure that a police force is well-trained and especially works within the community as an integral part of its community, and 2) making sure there are police in the first place – because, lately? Lately – noting the tragic death of Michael Brown and the resultant furor in Ferguson, and the attack on the Dallas Police Department – it’s become increasingly difficult to recruit people to be cops. The departments are hiring, are trying to hire, but applicants are fewer than there used to be.

As for the complexity of laws and the challenges that complexity holds now and may hold in the future, regardless of what sociological and technological challenges we face, Ramsey insists that the best-practices manual already exists. “The U.S. Constitution,” he says. “The Constitution should be our guide in these matters.”

The Future of Policing

You Are Not Anonymous: The Myth of Online Privacy
The moving hand clicks, and its activity is tracked and sold everywhere