There is nothing visually notable or narratively inspired in The Untold Tales of Armistead Maupin, but those who see the nonfiction feature in theatres are unlikely to notice this, as this love letter to the American author is pre-sold to Maupin’s international fan base. 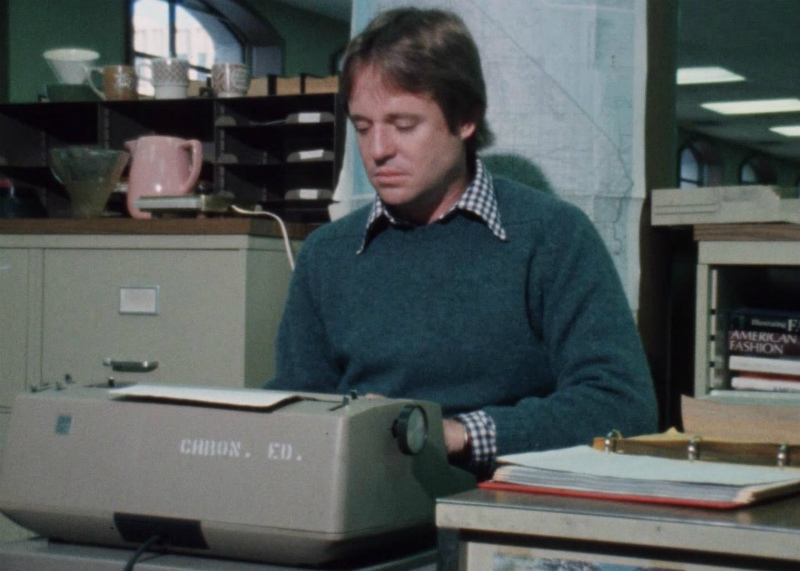 As this Jennifer M. Kroot-directed movie represents the first major historical evaluation of its subject’s career – one that is dotted with great success, personal tragedy, and recent semi-obscurity – it will certainly find its niche in whatever limited form its release takes. The aesthetics, for better or worse, are vestigial.

Among the most significant achievements highlighted by Kroot are Maupin’s columns for the San Francisco Chronicle, his longtime advocacy for queer civil rights, and his creation of the beloved Tales of the City franchise. Editor Bill Weber launches montage after montage describing the writing of these nine novels, from newspaper cutouts to debates about them with public figures. Weber is a quick hand, ably balancing a massive array of archival and new footage without losing the arc of Maupin’s steady rise from journalist to national cultural treasure. And what a rise it was: From teenage conservative living with a white supremacist father to Rock Hudson’s former lover, the author’s personal life takes on the quality of mythos here.

Not for nothing is this particular filmmaker behind the camera. In her two previous features as director, To Be Takei and It Came From Kuchar, Kroot fought to recover essential figures from the void of history, especially those whose legends also offer models of decency. In George Takei’s case, the director helped re-elevate the Star Trek actor to a higher public profile as a human rights advocate and LGBTQ activist; in Kuchar’s, she reminded audiences (including those at SXSW, where It Came premiered in 2009) of his groundbreaking and brilliant work in the American cinematic avant-garde. These films, and Untold Tales, admirably posit their subjects as neglected heroes. Following that standard, Kroot here secures interviews with celebrities like Laura Linney, Neil Gaiman, and Sir Ian McKellen – all of whom argue that the author was a revolutionary in his field. This may be true, but unfortunately, few unfamiliar with him before seeing this film will be convinced when it ends. It is a significant loss to see this story told without much stylistic dynamism. Between chapters of Maupin’s life and relationships are peppy animatics, with bright pastel colors and goofily contrived sound effects by designer Lora Hirschberg. Other than these specialty scene-breaks, though, the movie comes cobbled together from what seems to be the same TV footage as any number of biographical documentaries from the last fifty years. There are no revelations about Maupin, nor hard-hitting breakdowns in sight of the camera. We coast along on a relaxed, unconcerned emotional frequency for the entirety of the film: pleasant, but undramatic.

The Untold Tales of Armistead Maupin