SXSW Panel: Covering POTUS: A Conversation With the Failing NYT 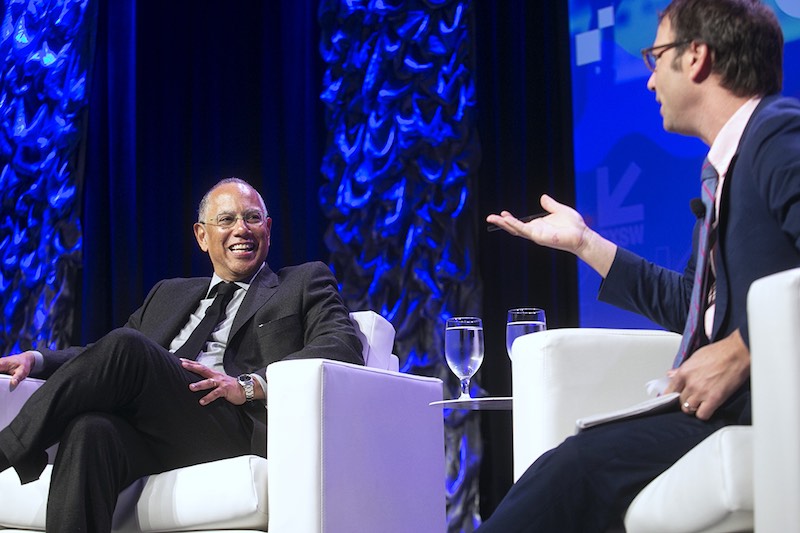 Sitting for an informal interview in a packed Convention Center ballroom with his media columnist, Jim Rutenberg, Baquet acknowledged that the current political circumstances have had an unnerving but clarifying effect on contemporary journalism and its “mission,” which Baquet summarized as “aggressive coverage of the government without fear or favor.”

Rutenberg began the conversation directly by referring to Trump’s most inflammatory attack on the media, repeatedly describing them as “enemies of the people.” Baquet rejected the charge, while noting the natural relationship between the media and the White House is one of “tension.” He went on to say that the particular phrase has a “dark history” and that Trump has no excuse for that kind of attack.

Rutenberg asked Baquet if he thought there was any specific reason for Trump’s animosity to the Times, and Baquet half-joked, “Because we’re better than everybody else.” Adding a bit of apologetic, amateur psychology, Baquet suggested that the young Trump, raised in Queens, had always wanted to “conquer the elite of New York,” which the Times inevitably represents. “He wants the Times’ favor, and he’s angry when he doesn’t get it.”

The conversation moved outward from Trump to the overall state of contemporary journalism. Baquet noted that the explosion of DIY journalism is a very good result of online publishing, but he took pains to distinguish between those doing their best to determine the “honest truth” and websites devoted to “twisting the truth to match their view of the world.”

Baquet said he sees the next two years as a “historic moment” because of the combination of the “political revolution” in Washington and the dramatic challenges to the institutions of journalism. He acknowledged media mistakes in covering the 2016 election – “We underestimated the amount of anger and desire for change in the country” – but that the Times reporters would continue “striving for truth and doing our goddamn best.”

Asked by an audience member if he thought Trump would finish his term, Baquet responded, “I have no idea – we have to cover him as though he will.” And in the contemporary, high-speed reporting context, has being first overtaken the need to be accurate? “High speed does mean more mistakes,” he said. “But being right is much, much more important than being first.”

Covering POTUS: A Conversation With the Failing NYT 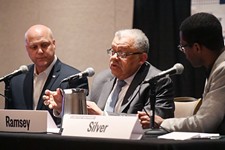