Hollywood has already shown that audiences love a badass female action lead who knows how to use a bow, but The Archer proves that audiences should still be hungry for more. 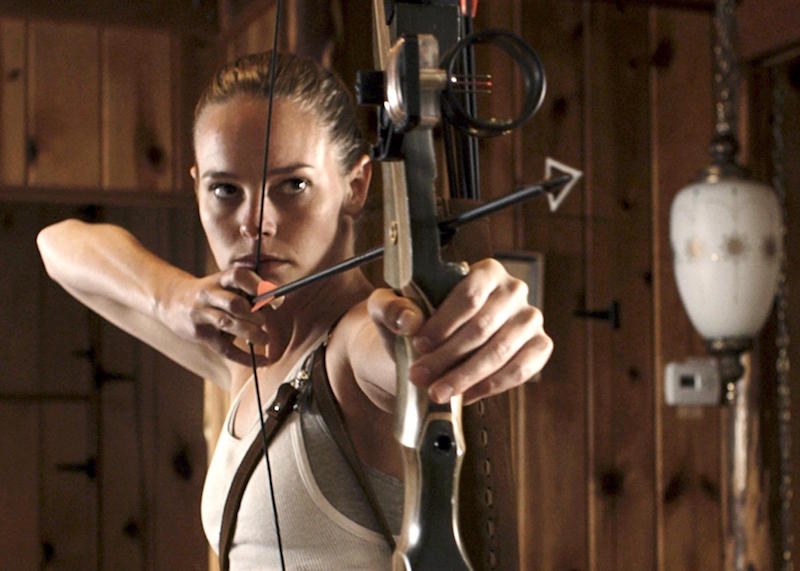 The film opens with sharp-shooting protagonist Lauren Pierce in a bloodied undershirt fighting for her life in the wilderness. Her journey from straight-A student to battered action hero begins when she defends her archery partner from an abusive boyfriend, earning a trumped-up assault charge. A corrupt judge funnels her into the juvenile correction system and sends her to a remote prison where the staff take pleasure in physically and sexually abusing the teenagers.

The warden of the prison happens to be an Olympic archer, and takes a special interest in Lauren, but that doesn’t protect her from perverse punishment. As the abuse escalates, Lauren teams up with another prisoner to stage an escape that ends with a satisfying amount of bloodshed.

There’s no question that Bailey Noble as Lauren is the standout of the film, pivoting between teenage vulnerability and rage with skill well beyond her years. Her physicality is also impressive, making the 16 pounds of pressure behind the bowstring look both anguishing and effortless.

Unfortunately the supporting cast doesn’t offer quite as much nuance. The sadistic punishments from the warden and prison guards earn genuine shudders, but confusing backstories and mixed acting spoils some of the tension. Lauren’s co-conspirator Rebecca (Jeanine Mason) also delivers an admirable performance, but an awkward lesbian subplot muddies the action, making you wonder whether a film about empowered female teens really requires two shower scenes.

But despite the uneven antagonists and questionable romance, the film succeeds as a gripping action flick with a bloody conclusion that will leave audiences quietly pumping their fists, happy that The Archer’s aim is true.